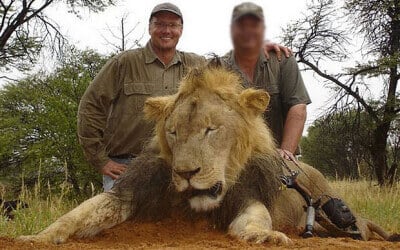 On December 23, 2015, the U.S. Fish and Wildlife Service announced that lions in central and western Africa will be listed as endangered under the Endangered Species Act, while lions in southern and eastern Africa will be classified as threatened—meaning that the importation of the heads, tails, and skins of lions like Cecil will be prohibited except in limited circumstances. This new rule will undoubtedly reduce the number of lions shot by cruel hunters, such as Walter Palmer, who kill these sensitive, social animals just to add their body parts to horrific trophy rooms.