Prince was a vegan who spoke out against all types of cruelty to animals. Exploiting animals—whether by serving their flesh tinted with purple dye or releasing a flock of confused and frightened doves from a cage in the middle of a crowded, noisy stadium—to “remember” him would no doubt pain him.

The @Twins honor the life of Prince with releasing doves. Beautiful. pic.twitter.com/IHqip8eSXf

A few people who want to show their love of Prince have been, unfortunately, barking up the wrong tree for the man who loved all animals and wanted them to be protected. Thankfully, the organizers of one memorial who planned to release doves in his honor changed paths when they learned from PETA that birds released at similar events are often injured, succumb to starvation, or are killed by predators—something that an outspoken vegan and animal rights activist like Prince would never support.

In the U.K., a butcher planned to serve purple sausages but scrapped the idea, and PETA hopes the butcher offers vegan sausages instead, which contain roughly a third of the fat and calories of their fleshy counterparts—and help prevent animals from enduring extreme suffering on farms and in slaughterhouses.

A proud PETA supporter, Prince donated “Animal Kingdom” to PETA to use as a musical invitation to our 20th anniversary party in New York. He also attended our 2005 gala, and in 2006, he was crowned PETA’s Sexiest Vegetarian Celebrity. Explaining why he chose to live and let animals live, he said simply that he doesn’t “eat anything with parents,” because “‘Thou shalt not kill’ means just that!”

Prince was a committed #vegan who never shied away from the truth. The animal kingdom has lost its prince today. https://t.co/NqmMv9itrv

Prince was a pioneer. He challenged people to expand their own circle of compassion, understanding, and tolerance. To “get” Prince, you were called upon to grow, to be more accepting than you were before. So it’s only fitting never to use animals against their will in order to show how much you loved a man who lived to protect every feathered, finned, and furry friend on the planet.

If you, like us, are still heartbroken over the loss of Prince, pay your respects by respecting animals.

Try a vegan sausage, go bird watching at your local park, or—at the very least—read our page on how to veganize your sex life and get it on to your favorite Prince tracks all night long. That’s what we think he would have wanted. 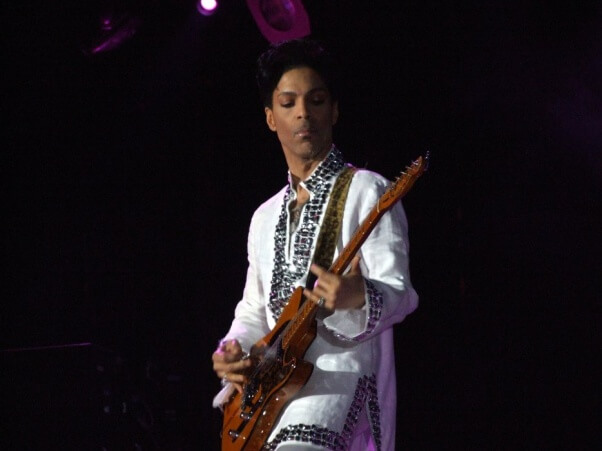 Want to do more? Why not try going vegan? There’s no better way to spread the love that Prince felt in his heart for all living beings.