For Lady, motherhood wasn’t something to celebrate. Chained to a dilapidated doghouse in a patch of weeds and muck, the skinny brown dog had no way to escape the advances of roaming male dogs when she came into heat. Before long, she was pregnant. She spent the long weeks of her pregnancy outdoors and alone, tormented by flies during the day and struggling to find a bit of comfort on the cold, hard floor of her doghouse at night. Finally, she gave birth to her puppies at the end of her chain, on the muddy ground. 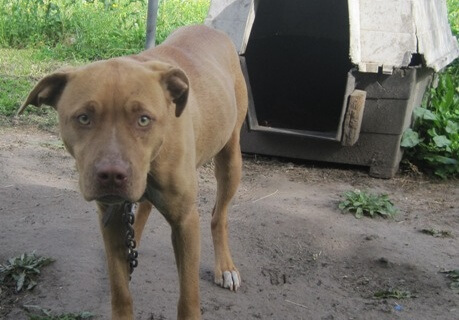 Lady loved those puppies, not only because they were her own, but also because they brought her some solace from the crushing loneliness of life on a chain. But not long after they were born, Lady’s people took the puppies away from her and dropped them off at a local animal shelter. Lady was back to spending her days and nights in solitary confinement. Worst of all, because she hadn’t been spayed and there was an unneutered male dog living nearby, she was in danger of having to go through the same heartbreaking experience all over again.

A simple spay surgery (or a neuter surgery, for males) can spare animals like Lady so much suffering as well as prevent countless puppies and kittens from being born only to end up homeless. Preventing dogs and cats from becoming mothers (or fathers) is the kindest thing that we can do for them this Mother’s Day—and every day of the year.

Spaying spares female animals the stress and discomfort of heat periods, greatly reduces their risk of mammary cancer and eliminates their risk of diseases of the ovaries and uterus—including cancer—which are often life-threatening and require expensive surgery and treatment. Spaying animals before they reach sexual maturity will ensure that they reap the full health benefits of the procedure. For example, female animals who are spayed before their first heat cycle have one-seventh the risk of developing mammary cancer that unspayed animals do.

Male animals are healthier if they are sterilized, too: Neutering reduces the risk of prostate cancer and prevents testicular cancer. Sterilization also makes male animals far less likely to roam or fight—behavior that can result in injuries and early death. And altered animals are less likely to contract deadly, contagious diseases such as feline AIDS and feline leukemia, which are spread through bodily fluids.

Spay and neuter surgeries are simple, routine procedures. Most animals experience relatively little discomfort (anesthesia is used during surgery, and pain medication is generally given afterward) and feel back to normal within a day or two.

Most importantly, spayed and neutered animals can’t contribute to our country’s staggering cat and dog overpopulation crisis. They won’t produce more puppies or kittens to add to the 6 to 8 million animals who end up in shelters every year—or the 3 to 4 million who must be euthanized each year for lack of a good home. Their babies will never end up on the streets, where they die from starvation, exposure, injuries, infections or worse or fall into the hands of cruel and neglectful people—as happens to so many unwanted animals.

Luckily for Lady, her first litter was also her last. Members of PETA’s rescue team found her and whisked her off to be spayed for free in their mobile clinic before she could become pregnant again. They gave her a sturdy doghouse stuffed with straw to snuggle in and moved her to an area of the yard with fresh grass, and they return often to check on her and to shower her with some of the love and attention that she desperately craves. 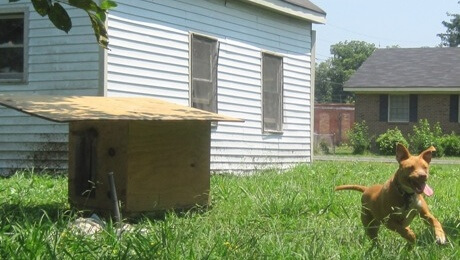 As many of our own mothers told us, an ounce of prevention is worth a pound of cure. This Mother’s Day, let’s take their advice and prevent animal suffering, homelessness and heartbreak by having our animals spayed or neutered and helping everyone we know do the same.