At lululemon’s virtual annual meeting today, a PETA representative called out executives over the company’s continued use of cruelly obtained down feathers. At the same time, protesters descended on a lululemon store in Vancouver, British Columbia, with signs proclaiming, “Wear Your Own Skin.” These efforts are just the latest in PETA’s campaign to persuade the athleisure company to stop being hypocritical and honor the yogic principle of ahimsa—which calls for kindness and compassion toward others—by ditching down. 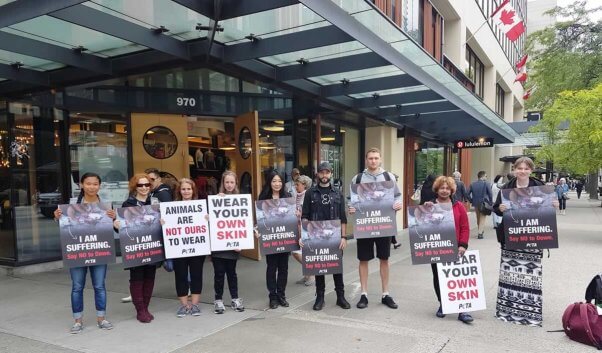 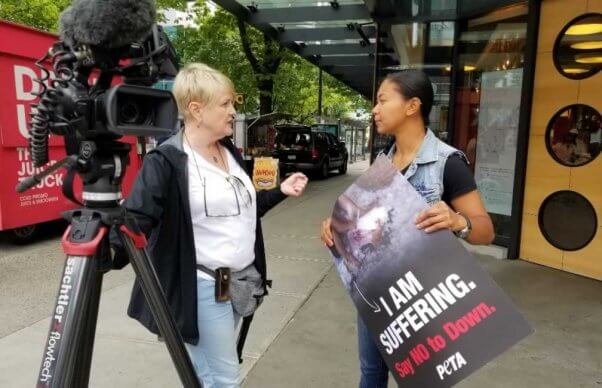 In the down industry, workers often pin down birds and rip out their feathers by the fistful, sometimes leaving them with bloody, gaping wounds. Buying down can also support the foie gras industry, as producers often boost their profits by selling the feathers of birds who are force-fed until their livers become diseased and swell to up to 10 times their normal size.

Today’s high-tech synthetic materials—including Thinsulate, Climashield, and PrimaLoft—are warm, cozy, and eco-friendly, and unlike down, they don’t lose their insulating power when wet. There’s no reason for lululemon to continue—knowingly and willingly—to support the down industry. Tell the company that you won’t buy from it while birds are dying.

lululemon, Ditch the Down