You won’t catch Abbie Cornish in fur—or any other animal skins. When asked about her style on Twitter, Abbie responded, “I LOVE clothes … So I love so many different things. Not enough room to tweet! I dress vegan … no leather, suede or fur.”

Elsewhere in the Twitterverse, we had animal adoption, a heroic rescue, and vegan chocolates. 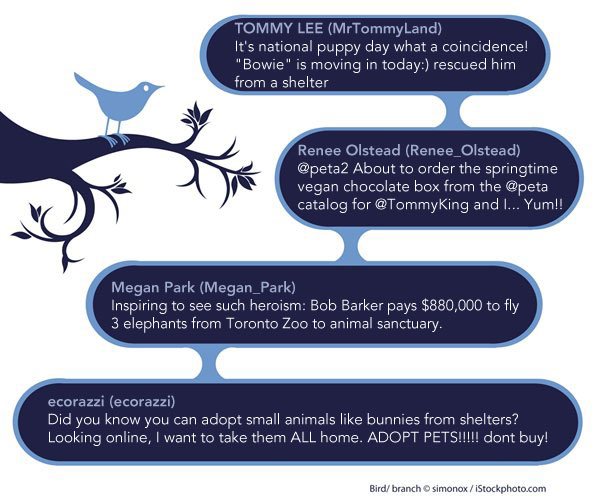 Animal-friendly celebrities had a blast showing off their big hearts (and vegan stomachs) this week: Courtney Stodden at the beach with PETA’s Vegan College Cookbook, Anne Hathaway at another fun vegan engagement party, and vegan Venus Williams chatting with CNN about the London 2012 Olympic Games.

?uestlove is on a quest to live longer. The Roots star said he is going vegan so that he can be “the first member of the hip-hop generation to live past 60.”

Congrats to the animal-friendly cast of The Secret Life of the American Teenager. Season five—starring our buddies Megan Park, Renee Olstead, and, new this season, Twilight‘s Christian Serratos—premiered to rave reviews.