On October 30, PETA Latino and Acho Sin Toros made their voices clear in Lima, Peru, to defend bulls at the Plaza de Toros de Acho, the city’s most famous bullfighting ring. Over 30 bull defenders gathered to put on a striking, peaceful protest—dressed in black, some wore bull masks and held signs and others lay “dead” in the silhouettes of bulls on the concrete beneath them, with prop evidence markers revealing what bulls endure so that humans can watch the twisted blood sport. 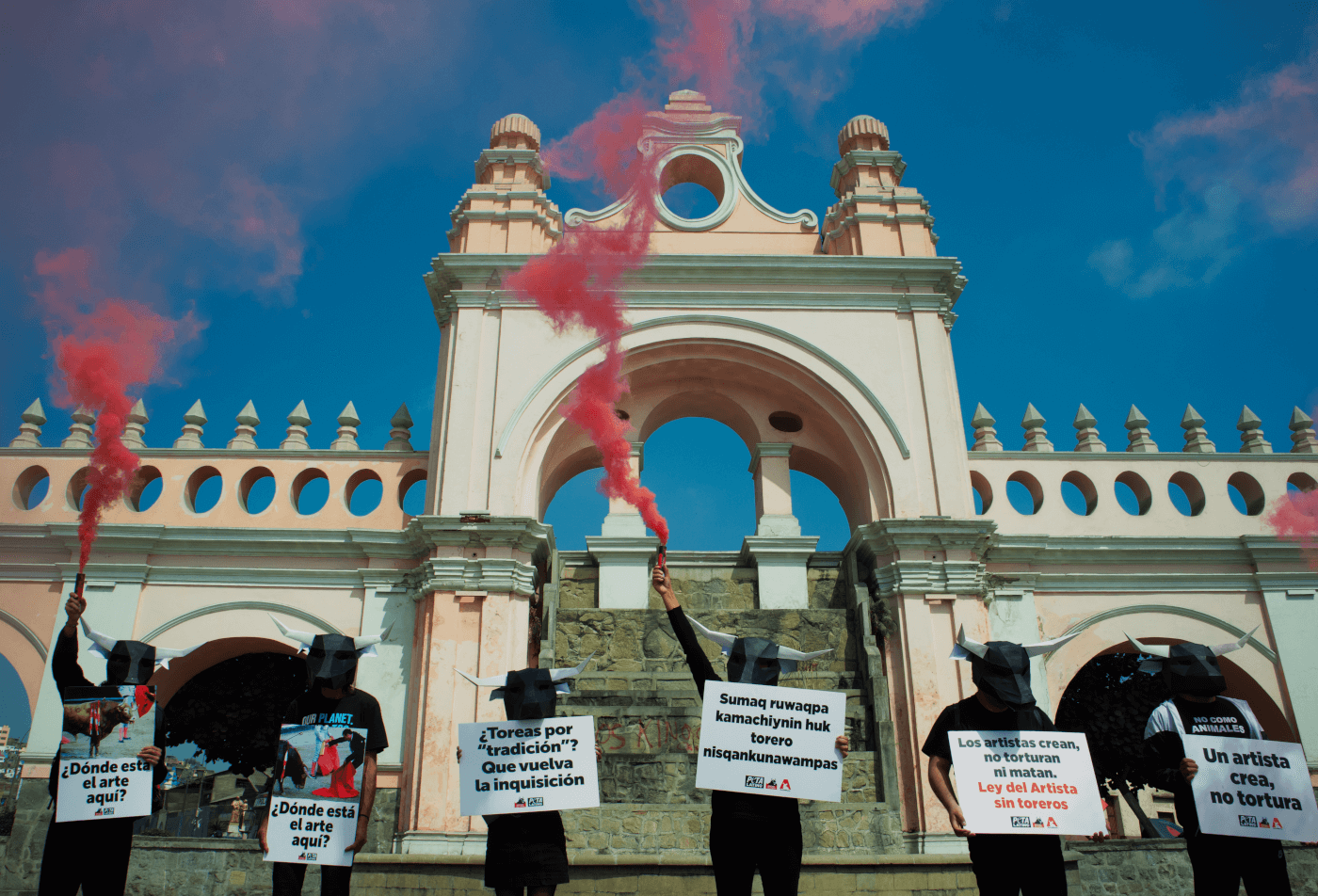 With live music, red smoke grenades, and lively speeches, the demonstration reached plenty of engaged members of the public, who observed, took pictures, and talked with the activists. 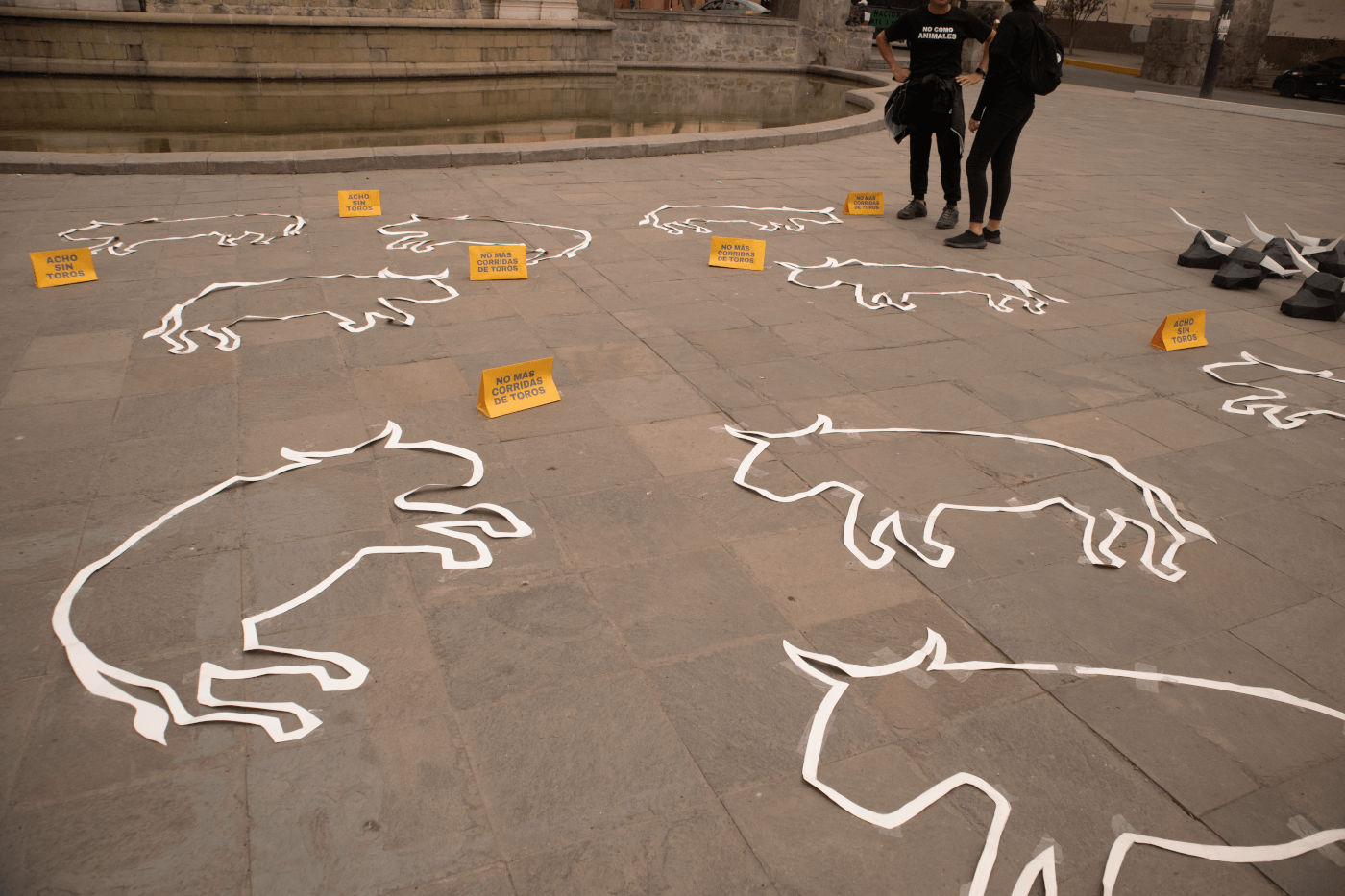 Bullfights aren’t actually “fights.” They’re archaic, ritualistic murder, in which several humans mutilate confused, maimed, psychologically tormented, and physically debilitated bulls over two hours. The events are always staged on unequal footing: The bulls are often disabled before the fight. They leave the ring paralyzed but not dead.

Lima: Play by the Rules and Ban Bullfighting

Carlo Angeles, a member of the Lima City Council, participated in the protest—as an outspoken anti-bullfighting activist, he has debated the practice on live television. PETA Latino and Acho Sin Toros are urging Lima’s new mayor, Rafael López Aliaga, to respect the city’s rules: City Council Agreement No. 288 (Acuerdo de Consejo No. 288) established that Lima won’t allow any property under its jurisdiction to be used for animal torture.

You can help bulls in Peru today by signing PETA Latino’s petition demanding that bullfighters and their cohorts not be enshrined as artists, under new Peruvian legislation, but be seen for the wicked murderers they really are.

Thanks to PETA Latino, condemnation of cruel and deadly bullfighting is only growing in the Latine community. The Mexican states of Coahuila, Guerrero, Sinaloa, and Sonora have imposed bans on the so-called “sport,” and—after PETA Latino, supporting Animal Heroes, and other local animal rights defenders spoke out—Quintana Roo banned bullfighting, too, as well as cockfighting and horse-drawn carriages. Now it’s time for Lima to step up.