Anyone who has ever been around goats can attest that they’re as affectionate and playful as any puppy. And now, new research backs this up. After studying goats at an animal sanctuary in England, researchers from Queen Mary University of London concluded that goats could rival dogs in their ability to form emotional bonds with humans. 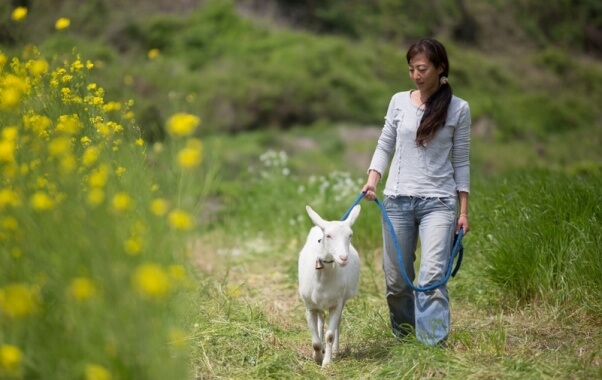 Goats gaze at humans the same way dogs might when they want a treat that’s out of their reach, and they can even solve complex problems—as proved by tests used for gauging relative intelligence in great apes. But in U.S. military training exercises, these affectionate, intelligent animals are shot, stabbed, dismembered, and killed.

Military and civilian studies have repeatedly concluded that modern simulators teach lifesaving battlefield medical skills as well as or better than shooting, cutting up, and otherwise harming animals. Leading medical and veterans organizations have spoken out against animal use in military medical training, and The New York Times editorial board has called for a ban on these exercises.

There’s no justification for cutting, shooting, and dismembering a goat, a dog, or any other species of animal. Nearly 80 percent of our NATO allies have confirmed that they don’t use any animals for military training, and it’s long past time for the U.S. military to follow suit.

Congress has introduced new lifesaving legislation that, if enacted, will phase out the use of goats and other animals in cruel and archaic trauma training exercises. E-mail your congressional representatives now to urge them to support this legislation.