This is Kenny, a white tiger who was bred in captivity by parents who were brother and sister. He was born with a cleft palate and crossed eyes and died at half of a captive tiger’s life expectancy. 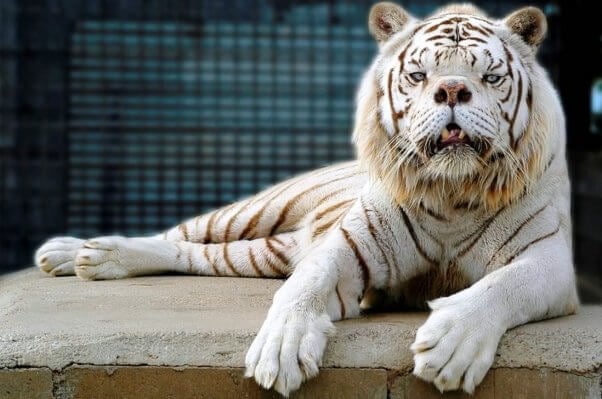 He’s one of the many victims of people who breed tiger and lion hybrids such as white tigers, ligers, tigons, and liligers. These unnatural animals often suffer from debilitating health problems, develop diseases and sustain injuries more often than other big cats, and die prematurely. 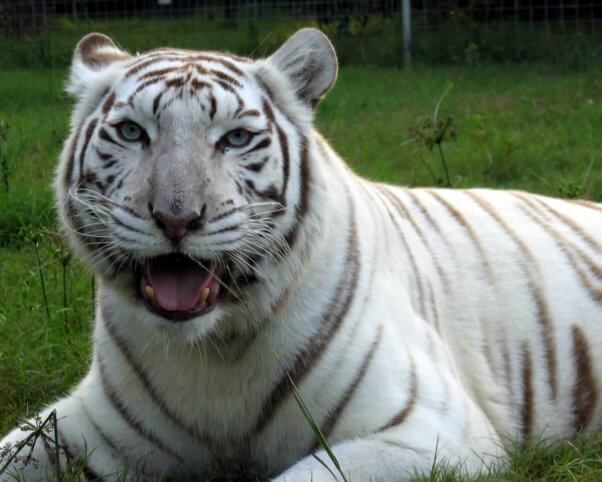 Ligers (the result of breeding a female tiger with a male lion) frequently have to be delivered by cesarean section because they’re predisposed to gigantism and often don’t survive. Like all big-cat hybrids, they frequently suffer from neurological defects, sterility, cancer, arthritis, organ failure, and diminished life expectancy. 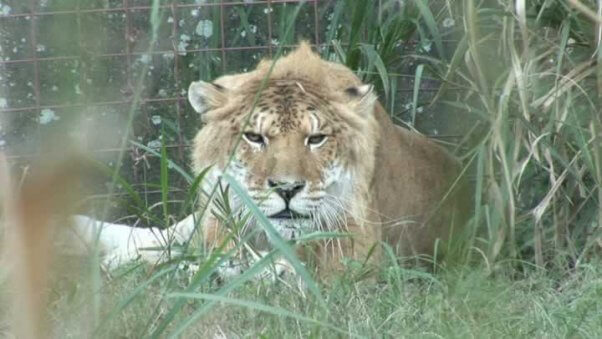 Tigons (the result of breeding a female lion and a male tiger) are not expected to survive infancy and—in the event that they do—have a heightened risk of suffering from a number of neurological and physical conditions, all so that exhibitors can make money selling tickets to see them.

But PETA and many other animal advocacy organizations and big-cat rescue groups are determined to stop them. We’re joining forces with the Animal Legal Defense Fund, the Performing Animal Welfare Society, the Global Federation of Animal Sanctuaries, The Wildcat Sanctuary, Big Cat Rescue, Keepers of the Wild, and Lions, Tigers & Bears and submitting a petition for rulemaking to the U.S. Department of Agriculture (USDA) detailing how these tiger/lion hybrids are bred to suffer for an exhibitor’s quick buck.

We’re asking the USDA to “take proactive steps to curtail the practice by some licensees who purposefully breed tigers and other big cats for deleterious genetic mutations and to create interspecies hybrids.” It’s time that this inhumane practice is stopped.

You can help by refusing to support displays of tiger/lion hybrids and all captive animals.