Most of us would never consider leaving our four-legged family members behind in an emergency, and it seems that people a century ago had similar sentiments. On the 100th anniversary of the sinking of the Titanic, we are finally hearing about the dogs onboard—and the guardians who refused to leave them.

Titanic Passengers Loved Their Dogs, Too

Widener University in Pennsylvania is hosting a centennial Titanic exhibit, part of which focuses on the twelve dogs who were onboard the ship. The three who survived were small dogs whose guardians smuggled them onto lifeboats, likely without the other passengers noticing. Passenger Margaret Hays reportedly got her dog, Lady, onto the lifeboat by wrapping her in a blanket.

At least one of the Titanic’s passengers jumped out of a lifeboat when she was told her dog couldn’t accompany her. Ann Elizabeth Isham refused to leave her Great Dane behind, and days later, a recovery ship found the body of a woman still clinging to a large dog, which all accounts identify as Isham and her beloved Great Dane.

What Katrina Taught Us

More recently, when Hurricane Katrina devastated the Gulf Coast, PETA rescuers saw stories similar to Isham’s repeated again and again. But these distraught guardians were forced to evacuate and leave their animals behind. Many animals didn’t make it, although some were rescued and returned to their families after months of searching by PETA and other animal organizations. 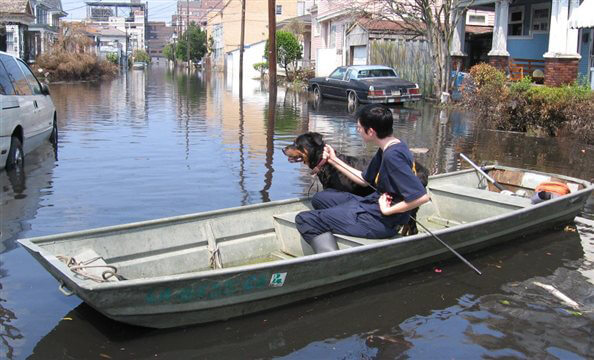 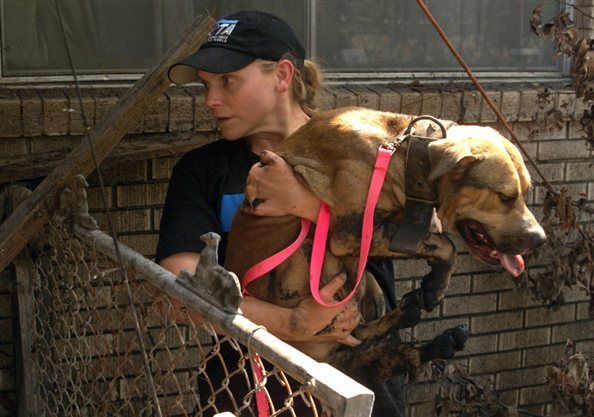 The tragedy of Hurricane Katrina forced the issue of animals suffering during disasters into the national spotlight and resulted in the Pets Evacuation and Transportation Standards (PETS) Act, which requires state and local disaster plans to include provisions for safely accommodating animal companions in the event of a major disaster or emergency.

We’ve seen the benefits of the nation’s heightened awareness of the need for disaster planning for animals in the wake of the recent Navy jet crash in Virginia Beach, Virginia, which destroyed or damaged 40 apartments. Virginia Beach Animal Care & Adoption Center immediately spread word to rescue workers that it would take in all displaced animals, and families knew that their animal companions had a safe place to go while they made arrangements.

Disasters Don’t Have to Be Tragedies

Many more families are now doing their own advance planning to protect animals in emergencies, including taking the following steps:

Advance planning can’t prevent natural disasters, but it can prevent disasters from becoming tragedies for our animal companions.