Thanks to PETA, folks on Twitter can’t ignore the cruelty behind Canada’s commercial seal slaughter. Millions of people have watched, retweeted, and commented on a now-viral tweet that exposes the bloodshed that the Canadian government continues to allow:

In a few days, the #Canadian government will allow tens of thousands of seals to be bludgeoned to death in the annual seal slaughter.

The graphic footage garnered hundreds of outraged responses, including some from celebrities and influencers: 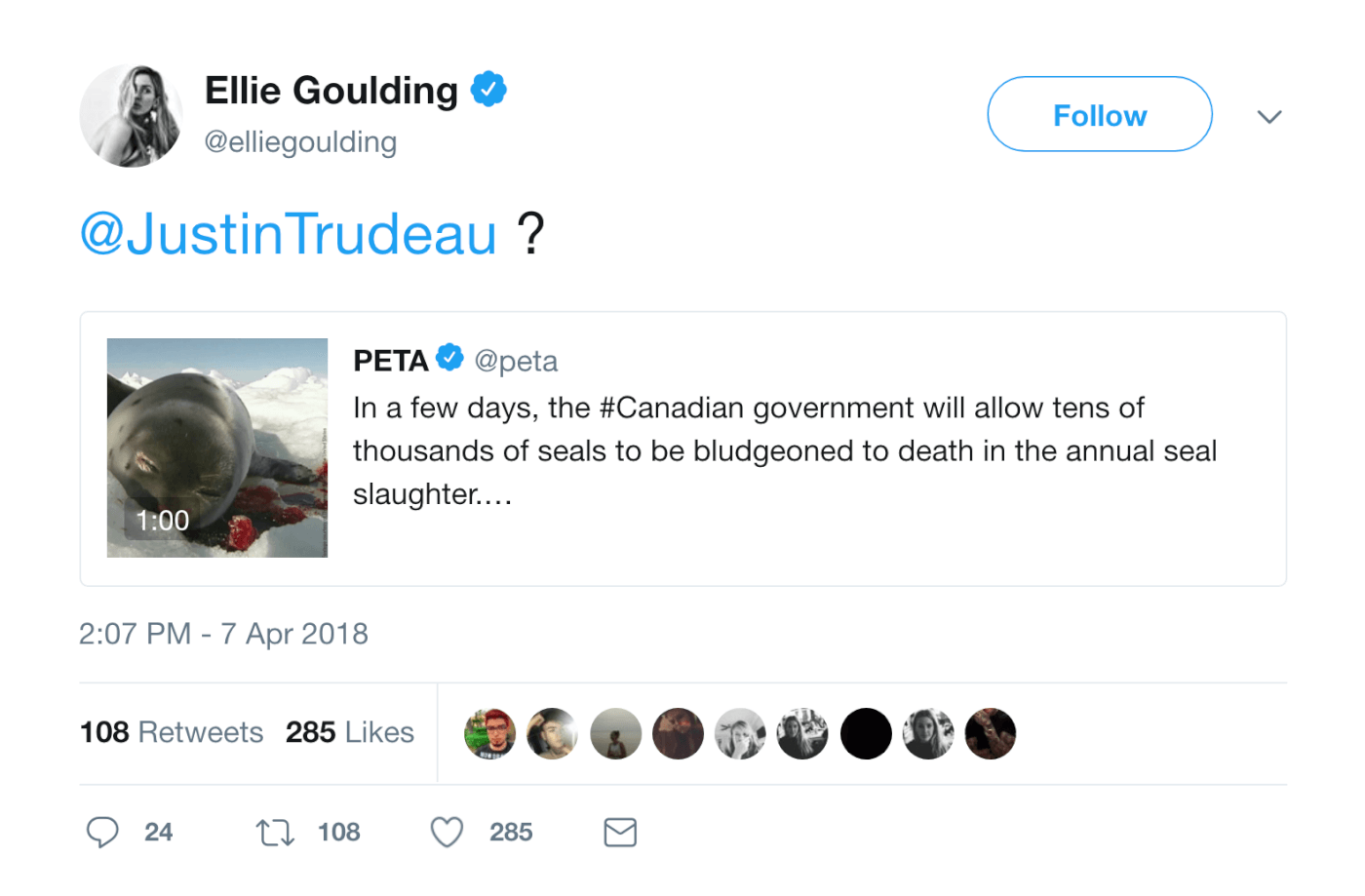 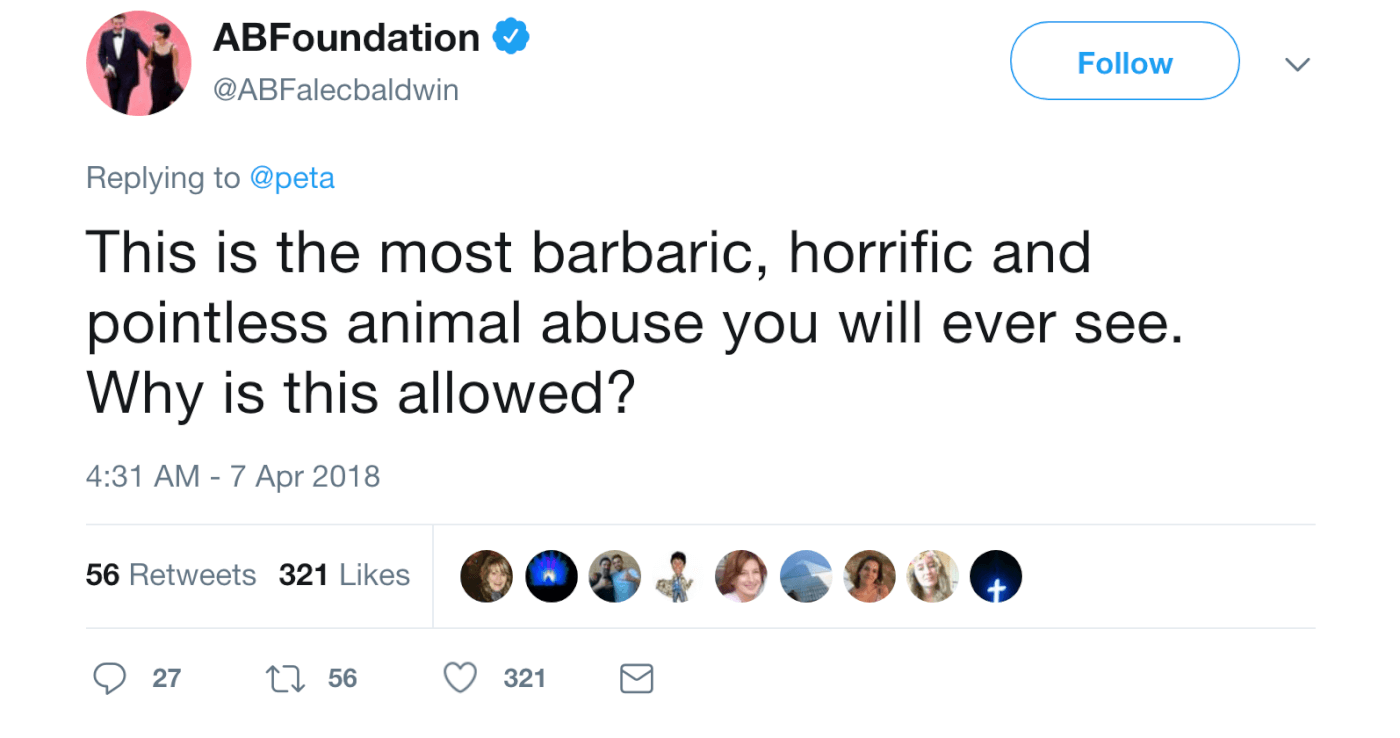 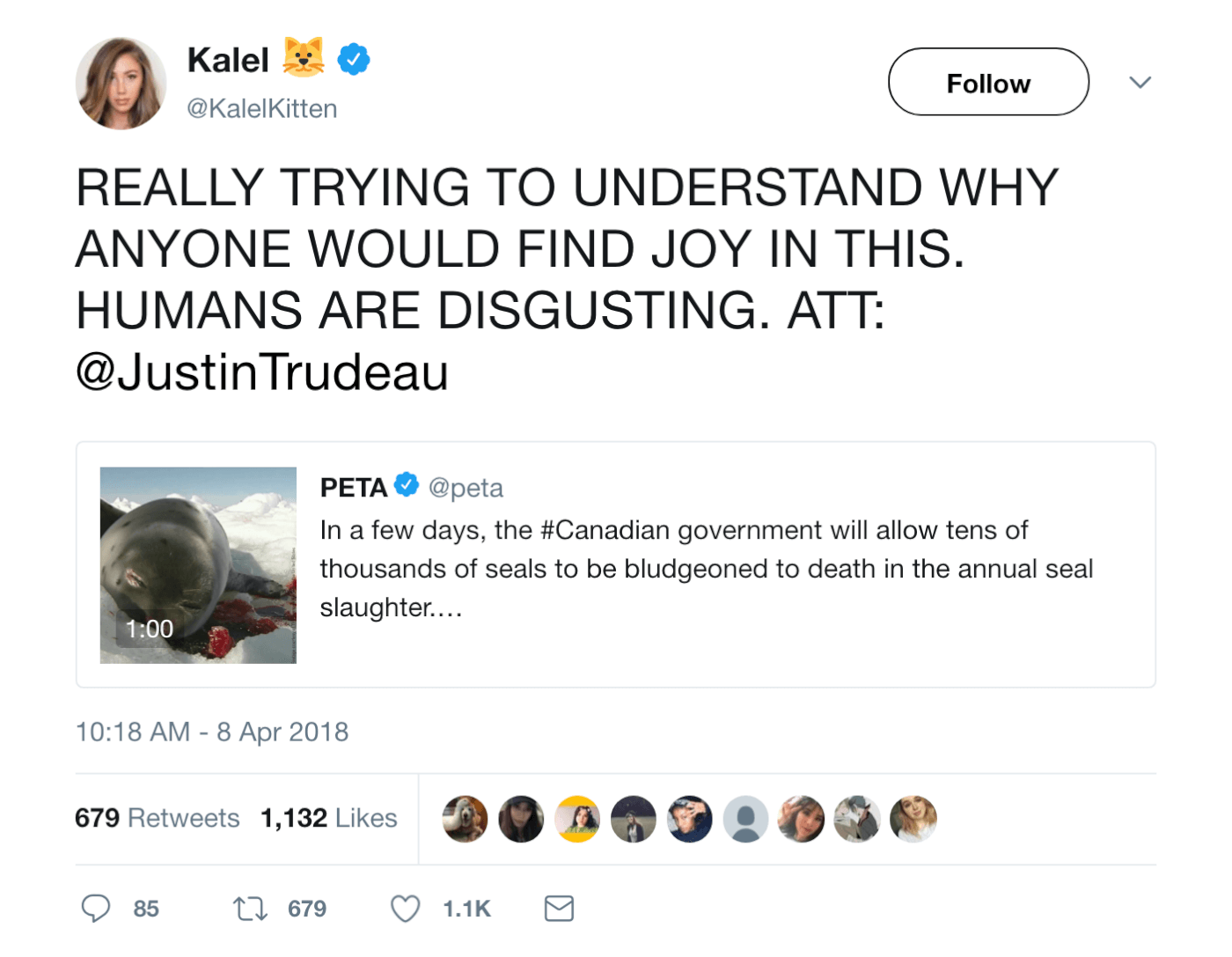 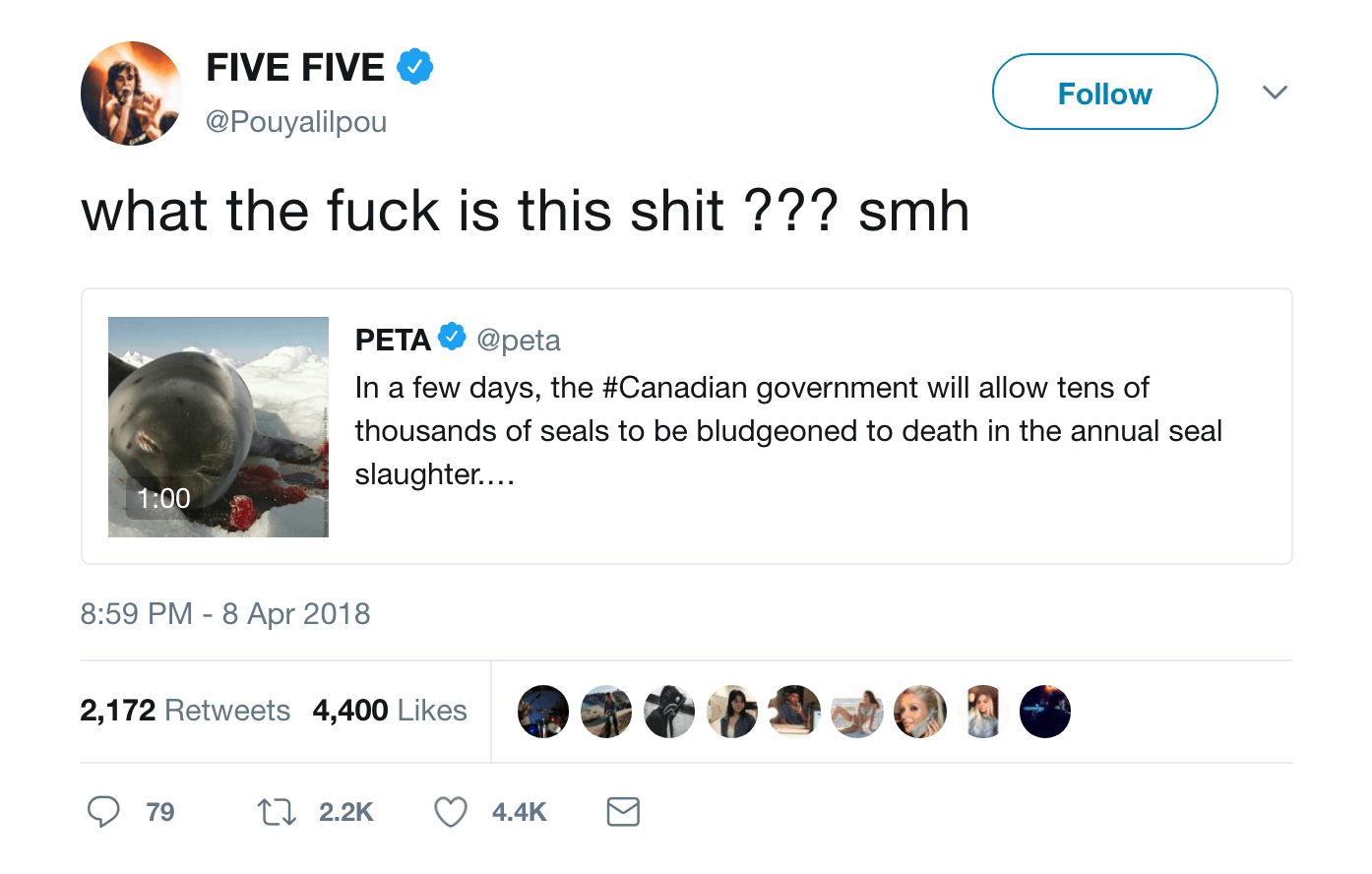 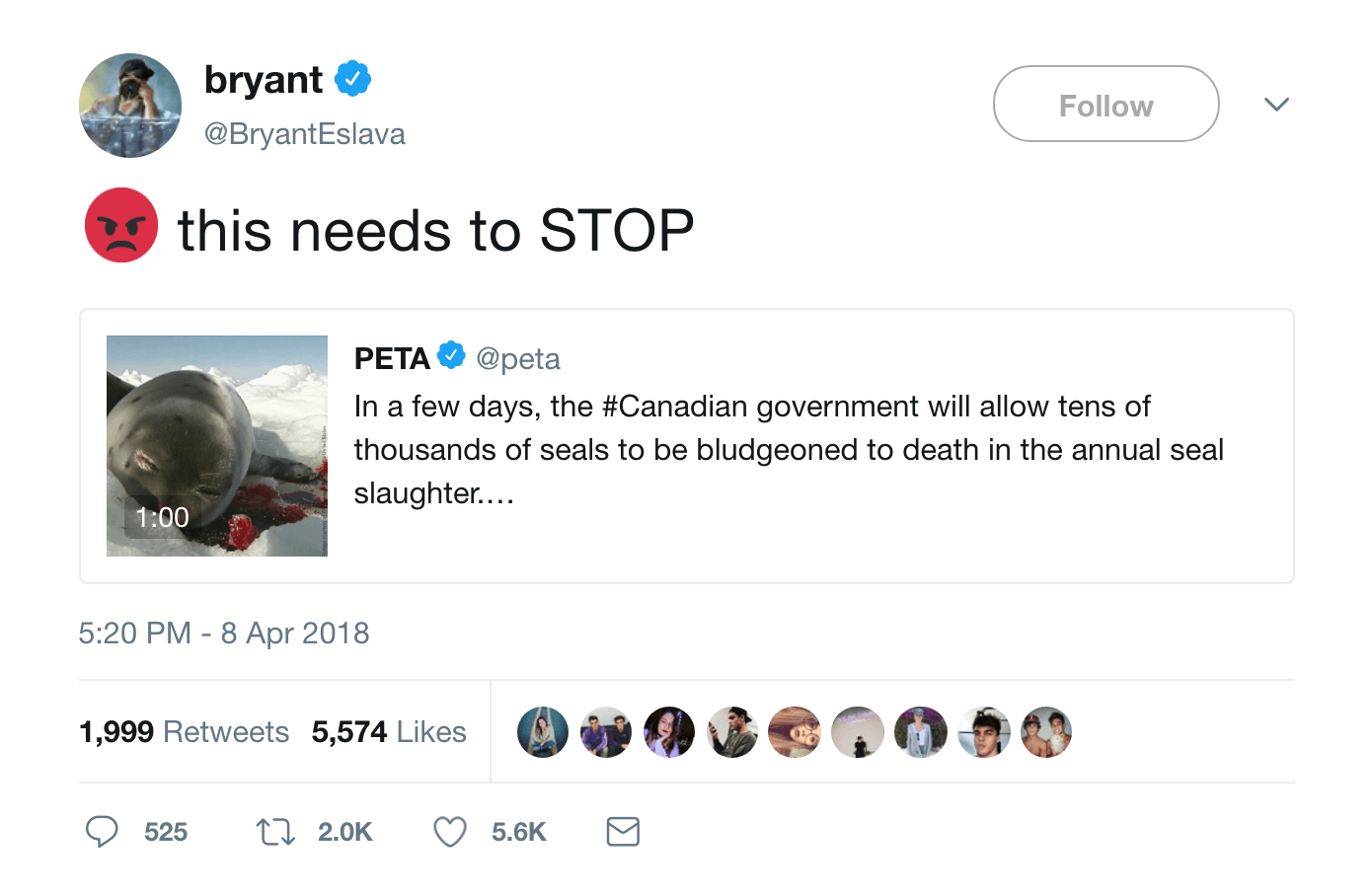 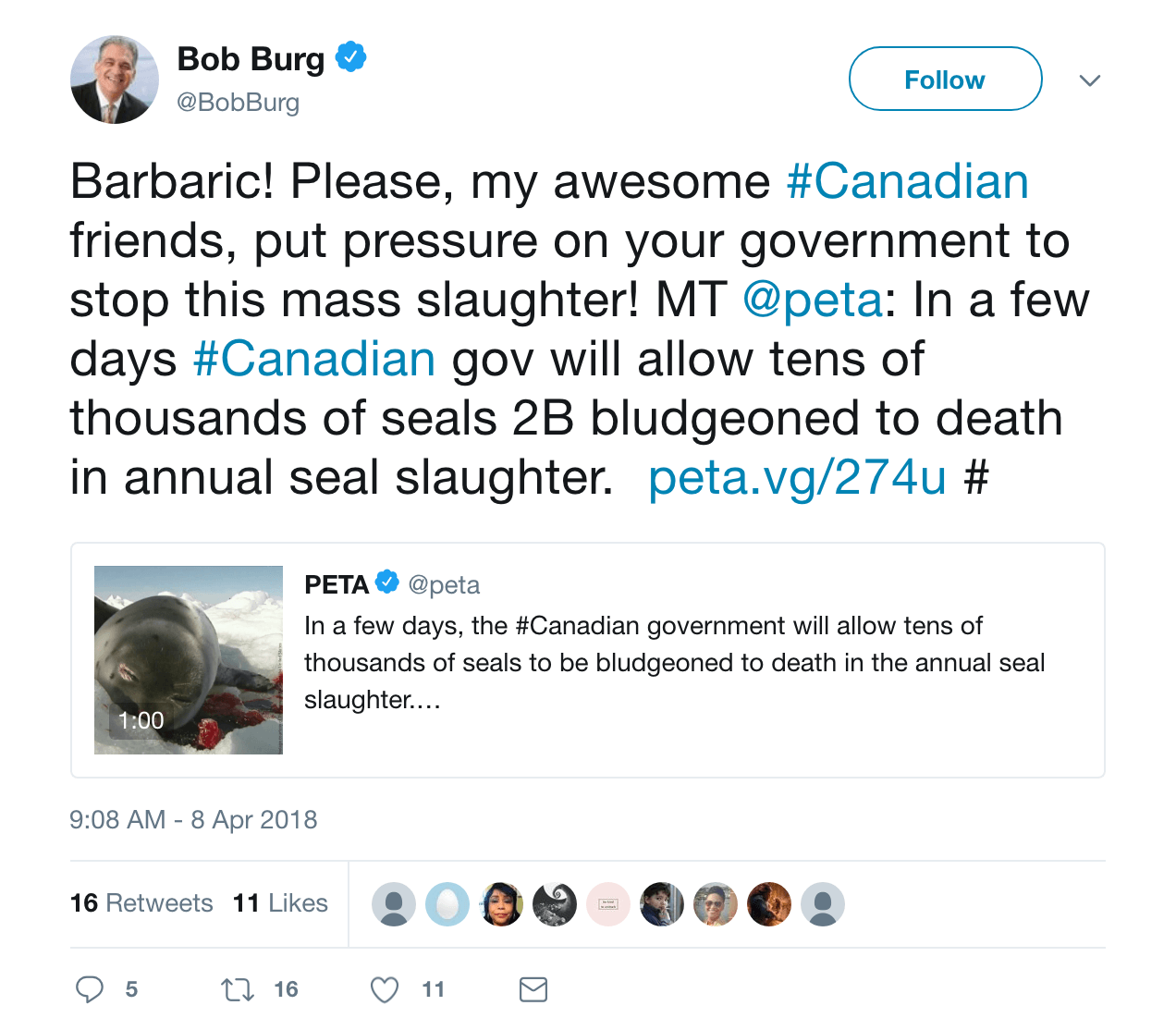 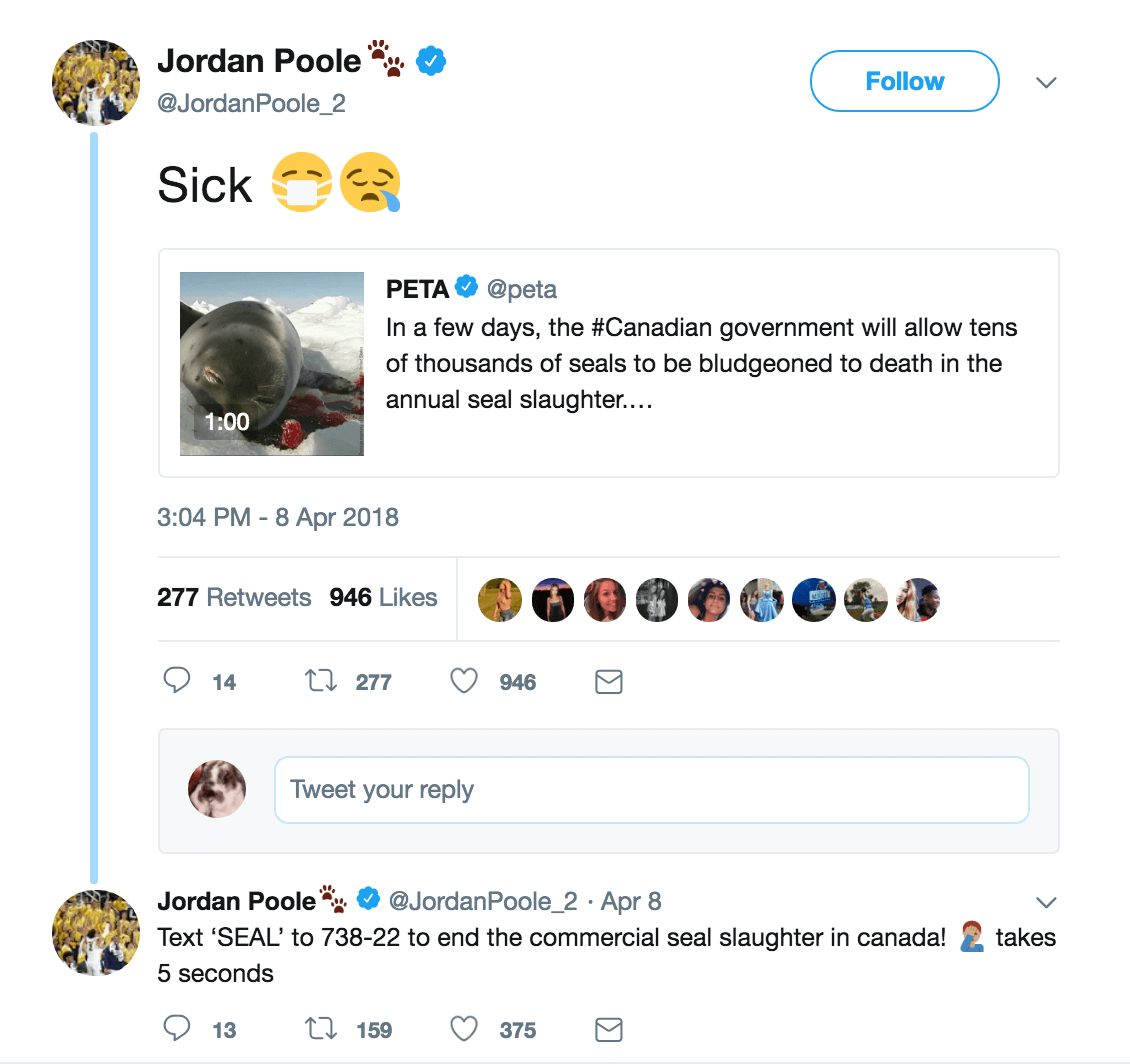 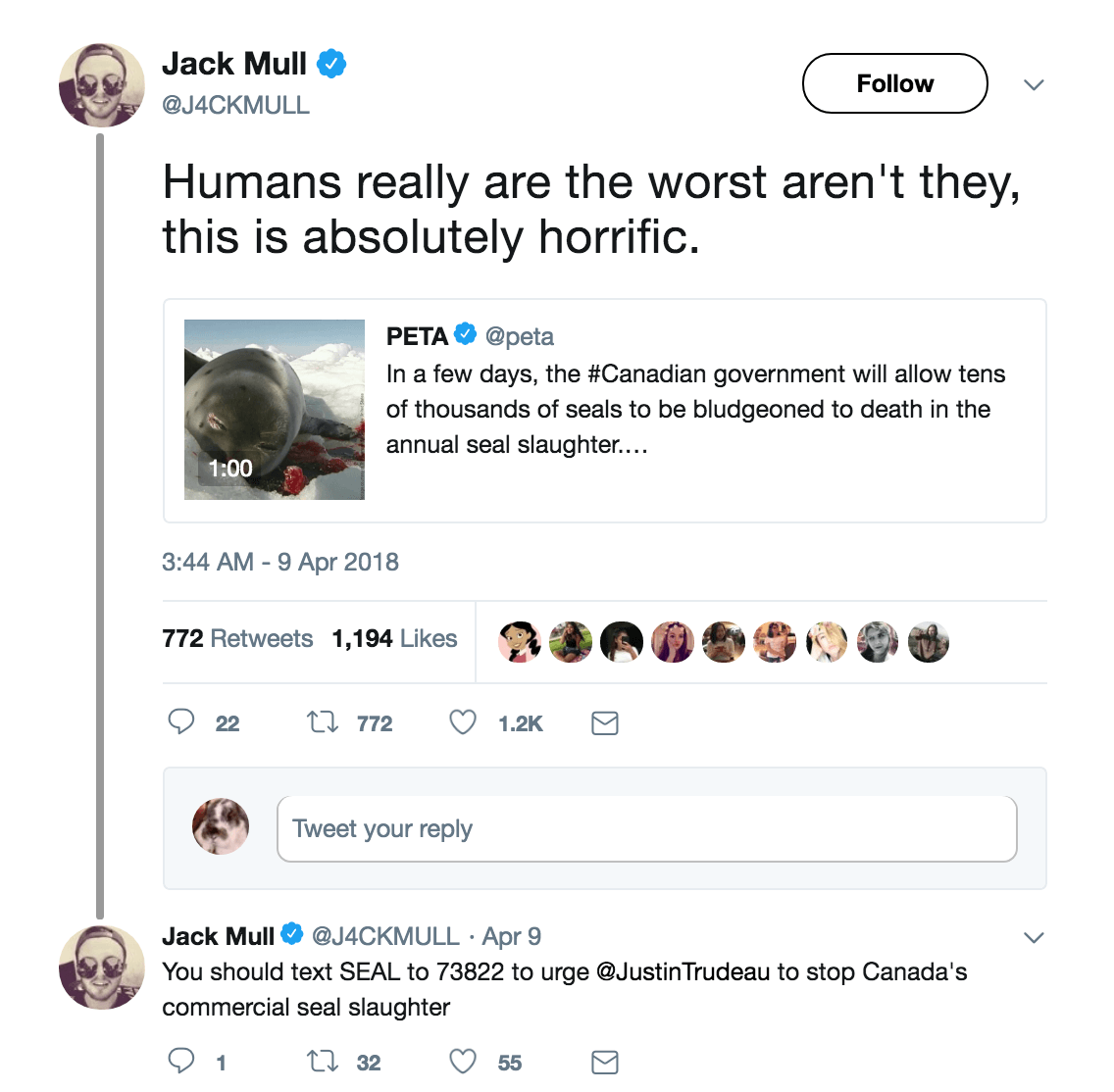 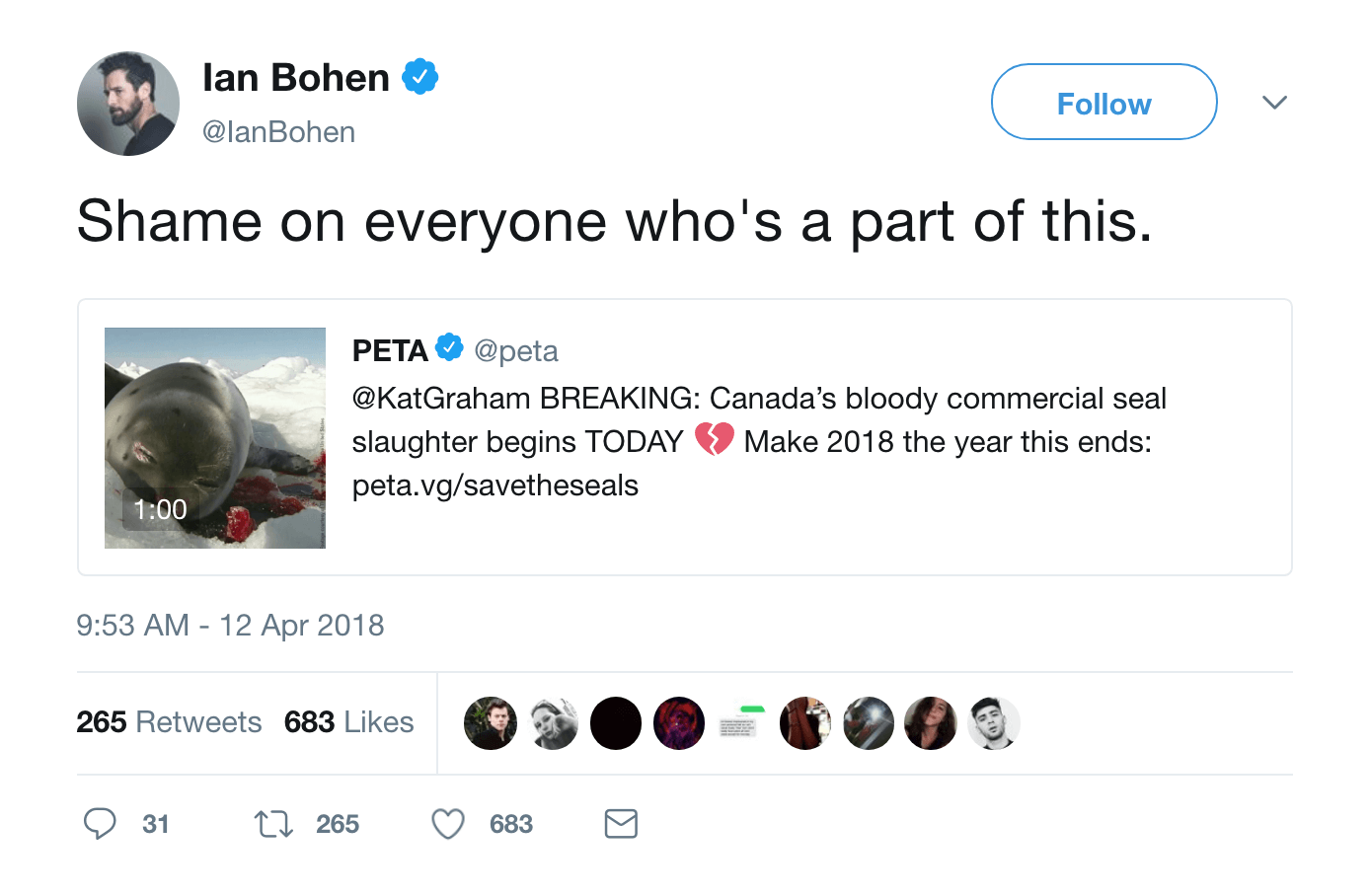 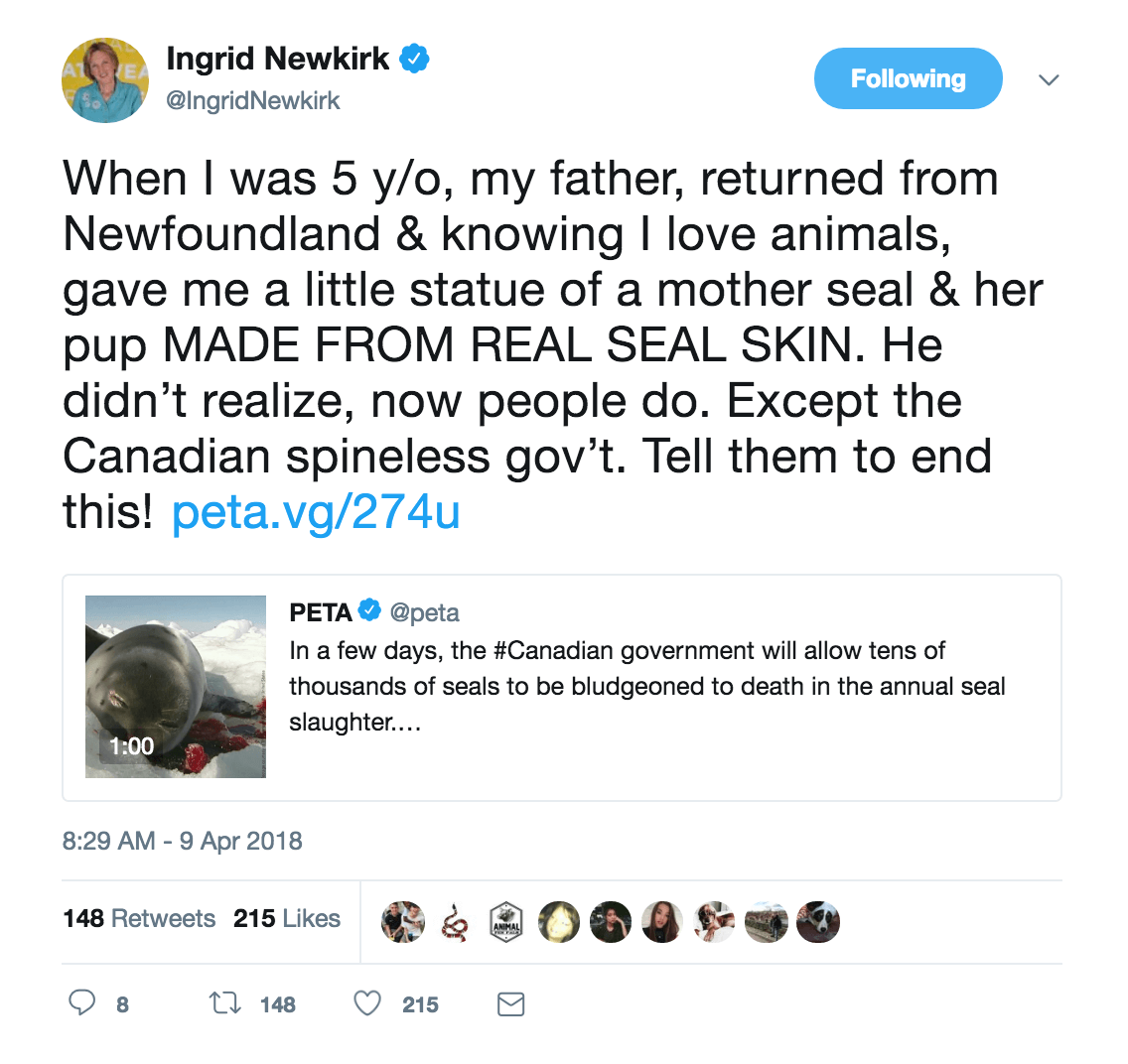 Every year, the Canadian government allows sealers to shoot and bludgeon tens of thousands of seals to death. Sometimes, it takes more than one blow to the head for a seal to die. And often, they’re left to die slowly and painfully on the ice. Even though all major markets—including the U.S., the E.U., and Russia—have banned seal-fur imports, this cruelty continues because Canadian politicians are so desperate to win the swing seats that represent sealing communities that they prop up the slaughter with tax dollars, just as some U.S. politicians do in coal-mining communities. But they can keep this dying trade on life support only for so long. 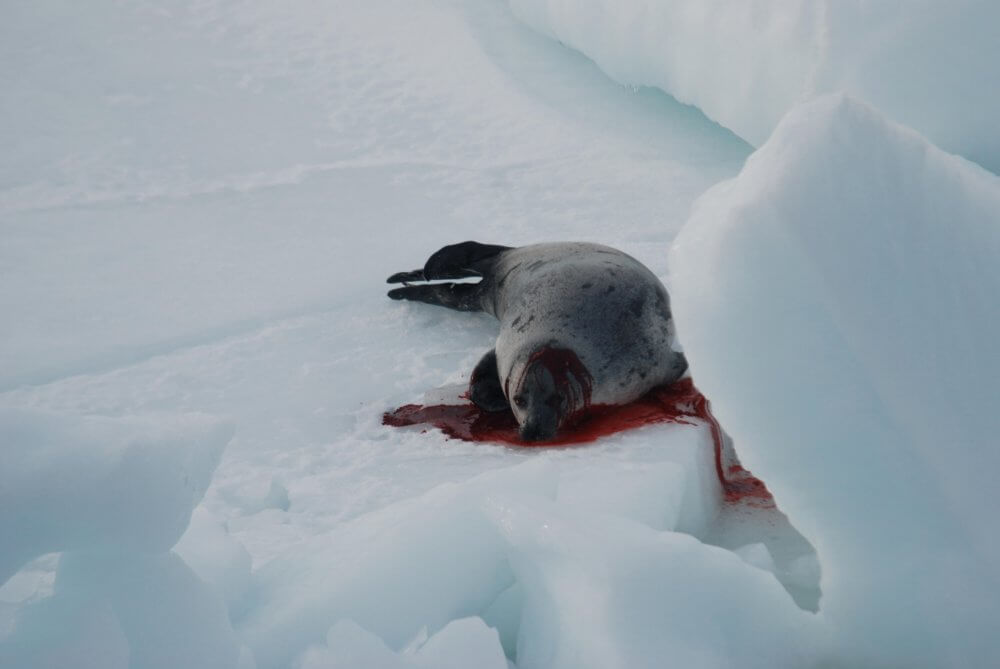 The good news is that the end of this abuse is nearing: Canada’s commercial seal slaughter is hanging on by a thread. But these animals need you to help finally end it. Click the button below to urge Canadian Prime Minister Justin Trudeau to help these animals by ending federal subsidies of the slaughter. Then, click to help PETA end this violence.