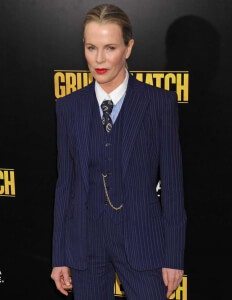 Once again, longtime PETA member and Georgia native Kim Basinger has stepped up to defend animals. Having learned that the Georgia Aquarium has taken the National Marine Fisheries Service (NMFS) to court after the agency denied the aquarium’s permit application to import 18 wild-caught beluga whales from Russia, Basinger is joining the many renowned scientists, conservation organizations, and public figures who’ve submitted an amicus curiae, or “friend of the court,” brief in support of the NMFS.

The Georgia Aquarium wants to import the belugas and distribute them to SeaWorld and other U.S. facilities in an effort to boost their failed breeding programs, even though belugas suffer immensely in captivity and it would be detrimental to conservation and adverse to science, ethics, and public sentiment. The brief is cosigned by Edward Norton, Hayden Panettiere, and Blackfish director Gabriela Cowperthwaite, among many others.

In nature, belugas travel long distances in close-knit family groups. When relegated to tiny tanks at aquariums and theme parks, they suffer from stress-related disorders and often die prematurely. While belugas in nature may live as long as 70 years, captive beluga whales routinely die before the age of 30.

Never buy a ticket to any marine theme park, and spread the word to family and friends.

UPDATE: Life in a concrete tank is no life at all for sensitive, intelligent belugas, and that’s why PETA is giving the federal court a round of applause for its decision to uphold NOAA’s denial of the Georgia Aquarium’s application—which would have subjected these animals to a lifetime of deprivation, breeding, forced performances, and being put on display for gawking tourists. PETA will continue to push for the rehabilitation and release of these whales and every ocean mammal still condemned to swim in endless circles in a marine park.