Rock icon Joan Jett is a longtime animal advocate, PETA supporter, and SeaWorld foe. On June 13, she called out the abusement park once again to ask when it will end its sordid breeding program. 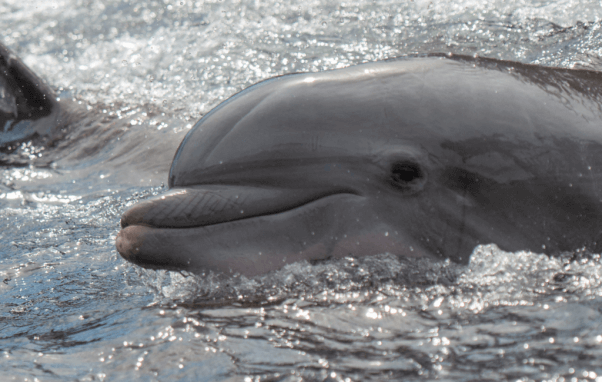 SeaWorld masturbates male dolphins and forcibly impregnates female dolphins by tearing them out of the water and sometimes drugging them so they can’t fight back while staff shove tubes filled with semen into their uteruses. Some animals endure this process repeatedly—only to produce more animals who will spend their lives in deprivation.

At SeaWorld’s annual meeting, Jett demanded to know when the sexual abuse of these marine mammals will end by asking the following question:

We can all agree that sexually abusing dolphins and whales who must carry out their forced pregnancies is disrespectful to these forms of intelligent life, heedless of these wonderful animals’ rights, and just plain wrong. My question is this: When will SeaWorld end its sordid breeding program?

In nature, beluga whales and bottlenose dolphins maintain dynamic relationships with large social networks, choose their own mates, travel in family pods, and swim free in the ocean. Babies born in tanks at SeaWorld, however, will never see anything except the concrete walls that subject them to social stress, which causes physical and mental ailments. More than 40 orcas and over 300 other dolphins and whales have died at SeaWorld, many prematurely.

Tell the company to stop breeding all dolphins and whales and release its marine prisoners to seaside sanctuaries where they can thrive in the rich diversity of the sea while still receiving the care that they require: