The situation was grim at Janet Jackson’s concert in Manila, Philippines. Nearly a dozen “Grim Reapers” reminded the singer that wearing fur is nasty to animals. 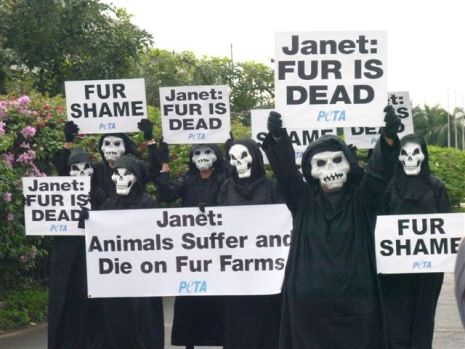 Please tweet to Janet Jackson and ask her to refuse to wear fur any time, any place. Instead, she can send her old furs on an escapade to PETA, and we can use them in protests against, err, someone else.