As activist Amber Canavan reported for the 30-day jail sentence she received for her part in documenting cruelty to ducks at Hudson Valley Foie Gras, Emmy Award–winning actor James Cromwell teamed up with a giant costumed “goose” to lead members of PETA and Syracuse Animal Rights Organization in a show of support outside the Sullivan County Courthouse. 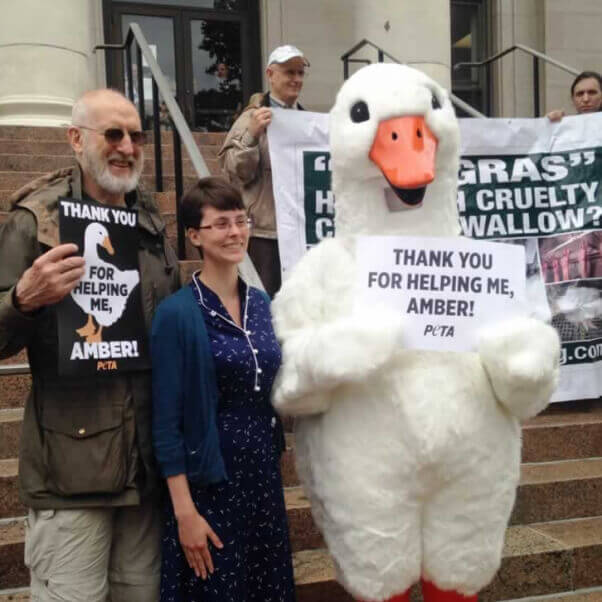 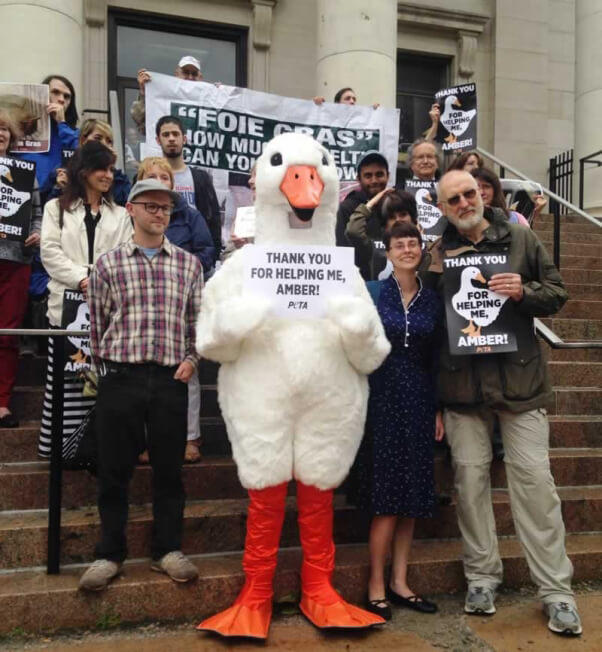 “As someone who has been arrested for speaking up for animals, I have the utmost respect for Amber Canavan’s dedication to exposing the cruelty of force-feeding ducks for foie gras,” says Cromwell. “It is my honor to join PETA and the Syracuse Animal Rights Organization as we wish this brave activist a safe and speedy sentence.”

As shown in video footage released by PETA, workers at Hudson Valley shove steel tubes down ducks’ throats and pump huge amounts of grain into their bodies three times a day, every day, for weeks in order to sicken and enlarge their livers. At slaughter, the animals are hung upside down, have their throats cut, and are left to bleed to death.

Find out how to go vegan, and order our free vegan starter kit.