Actor and PETA India supporter Sonam Kapoor is making Indian schoolchildren’s spirits soar by giving them colorful new kites with which to paint the sky. Kapoor is giving birds something to sing about, too, because the kites have bird-safe cotton strings. 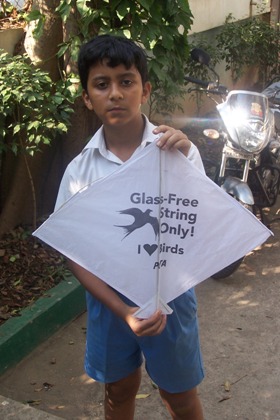 In India, competitive kite flyers often use glass-coated “manja,” a type of string that is used to cut other kite flyers’ lines. But birds and children can be seriously injured—and even killed—when they are struck by or become entangled in the razor-sharp lines. PETA India is working hard to get manja banned so that the skies can once again be friendly for everyone.