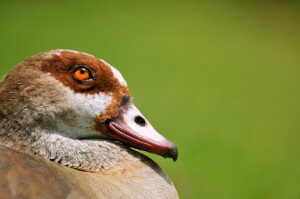 Citing the growing objections of animal protectionists, India’s Ministry of Commerce & Industry has banned the import of foie gras, making India the first country in the world to refuse to allow this “delicacy of despair” to cross its borders.

PETA India has been campaigning for years against foie gras and was working to convince the swanky Indian hotel chain Taj Hotels to stop serving it at all its hotels, resorts, and palaces. PETA India even enlisted the help of ardent foie gras foe Sir Roger Moore, who wrote to the chain on its behalf. Now, the Indian government has accomplished the mission that “James Bond” started.

To create foie gras, several pounds of mush are pumped into the stomachs of ducks or geese two or three times a day through a pipe that’s rammed down their throats, causing the birds’ livers to swell to up to 10 times their normal size. The birds become so ill that many cannot walk or even lift their heads.

In France, one of the world’s largest foie gras exporters, ducks are still confined to coffin-like cages that encase their bodies and prevent them from doing anything more than standing up and sitting down—they can’t even turn around or spread their wings. Unsurprisingly, death rates on foie gras farms are as much as 20 times greater than on regular duck farms.

Foie gras production is so cruel that it’s banned in more than a dozen countries, including Germany, Israel, Switzerland, and the U.K. Two years ago, California became the first locality to ban both the production and import of foie gras, but India is the first country to ban its import, meaning that, legally, foie gras cannot be served anywhere in the country. France, however, promotes foie gras, and Air France recently sent a pound of this vile product to each incoming member of the European Parliament, much to the disgust of some of its members. (Air France also ships primates to laboratories.)

Write to Air France and ask it to stop supporting the abuse of birds and primates. If any restaurants near you serve foie gras, urge them to remove it from the menu. Show the manager PETA’s foie gras exposé narrated by Kate Winslet.