After spending a week rescuing stranded animals from flooded homes in Port Arthur, Texas, PETA’s rescue team returned to Norfolk, Virginia, today with some extra passengers: 67 dogs and cats from areas of Texas and Louisiana hit hard by Hurricane Harvey. The team traveled for nearly 24 hours straight, stopping only to feed, water, and exercise the animals, who were evacuated from regional animal shelters in order to free up space for incoming flood victims. 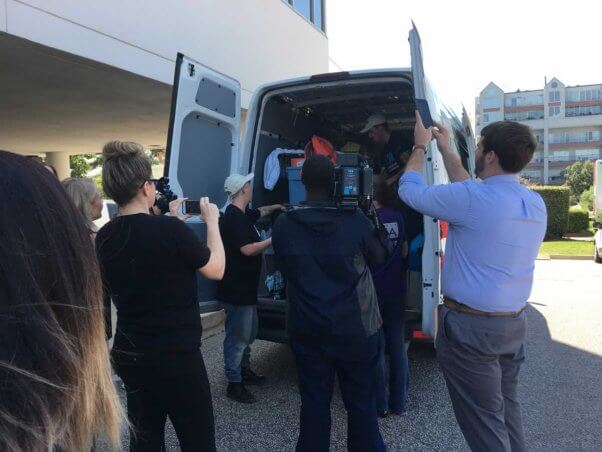 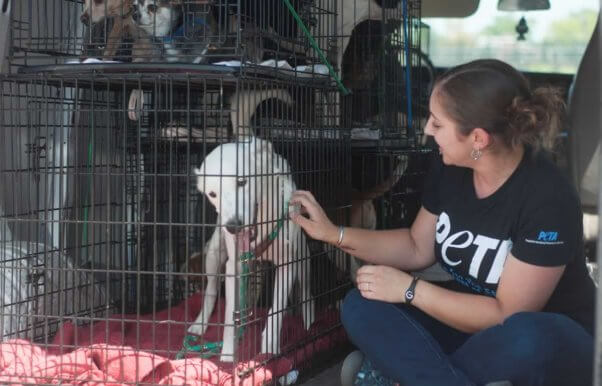 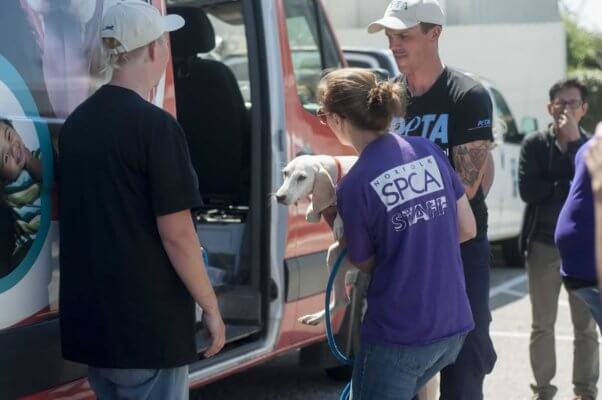 The evacuated animals, who were already homeless before the storm hit, were divided up among several animal-protection groups—including PETA, the Virginia Beach SPCA (which sent a staffer to join PETA’s rescue team), the Chesapeake Humane Society, Chesapeake Animal Services, the Norfolk Animal Care and Adoption Center, the Norfolk SPCA, the Peninsula SPCA, the Heritage Humane Society, Southampton County’s Partners Among Cats and Canines, and the SPCA of Northeastern North Carolina—for foster care and adoption. But one cat, aptly named Harvey, isn’t going far—during the long journey from the disaster area, he won the heart of one of his rescuers, who has decided to adopt him. 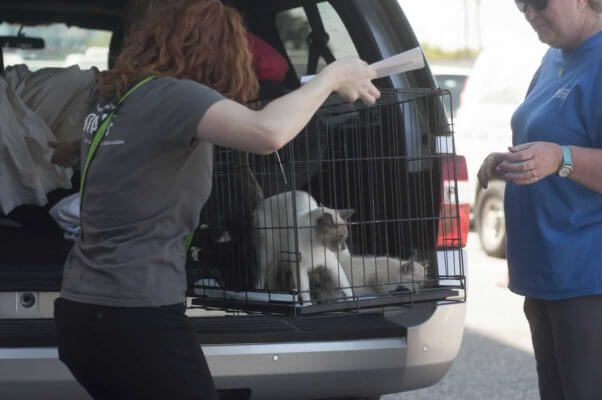 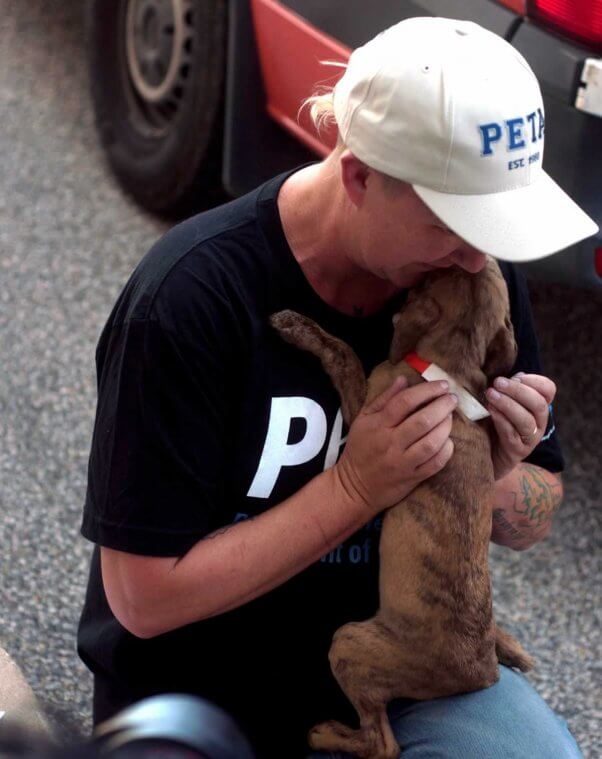 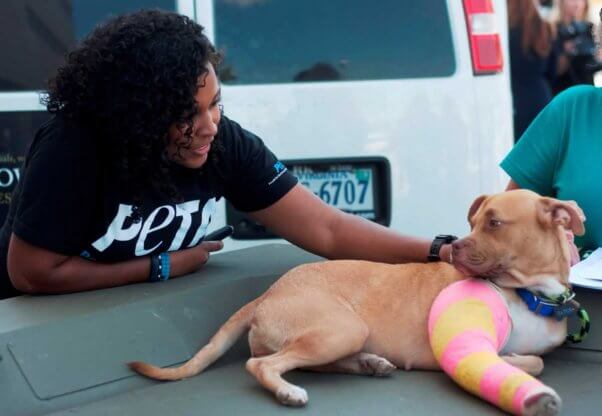 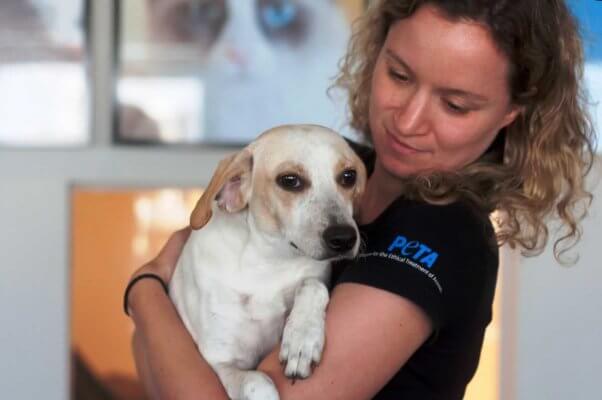 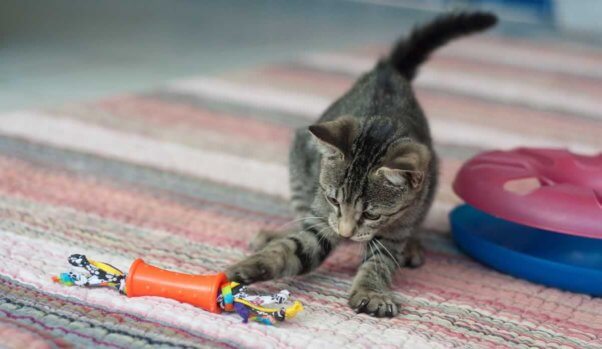 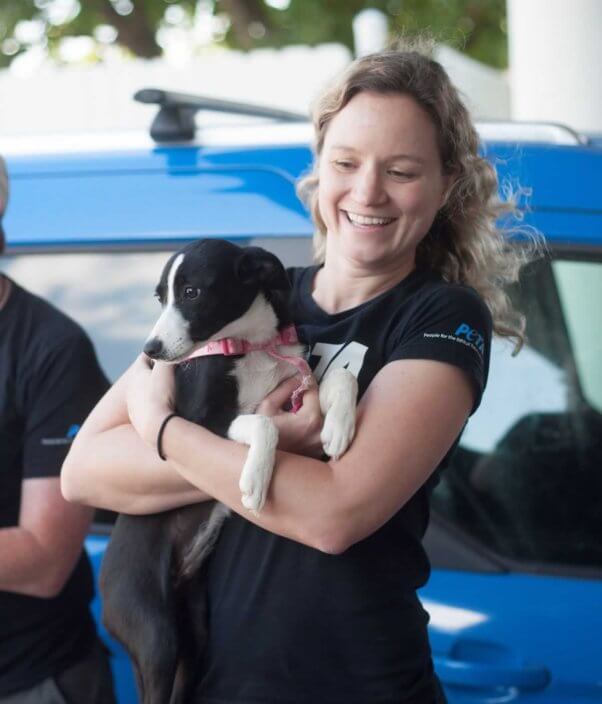 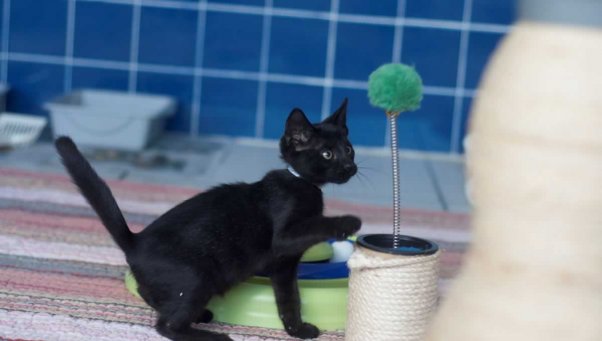 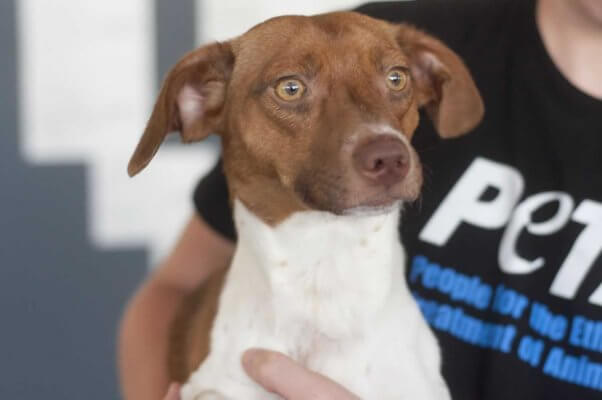 If you’re interested in opening your heart and home to a four-legged hurricane refugee, drop us a line at [email protected].

You can also support all of our vital work for animals threatened by disasters like Hurricane Harvey by giving to PETA’s Animal Emergency Fund through the button below.