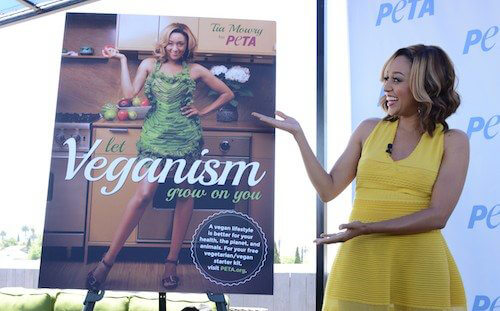 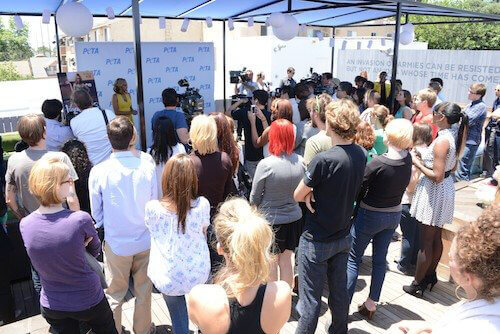 The plant-themed rooftop party at the Bob Barker Building, PETA’s L.A. headquarters, was replete with fresh flowers and delicious wraps, sandwiches, and salads from L.A.’s Veggie Grill—not to mention the ad itself, in which Tia wears an apron made of Swiss chard, snow peas, and lettuce leaves. 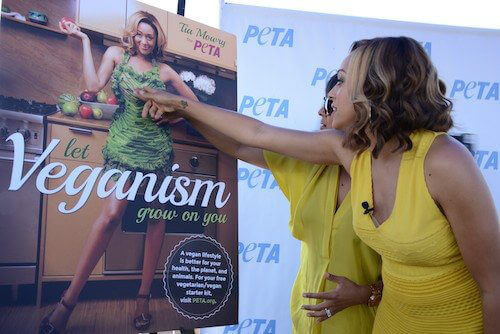 Tia—a mother who went vegan in part to make sure that she’s healthy for her young son—explained why she was so excited to represent PETA and advocate going vegan: “I wanted to become a voice for my community. … I wanted to educate my culture about the benefits of becoming vegan. … The more you learn about the benefits of being vegan, the more you become alive and the more you become aware of why it’s a really great decision. Not only am I helping myself, I’m helping the animals out there, I’m helping the environment. Going vegan—I feel great.” 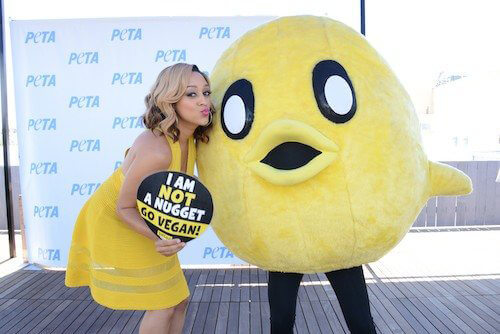 Catch the fun behind-the-scenes video from Tia’s photo shoot, and join her in pledging to go vegan here.