A Thoroughbred’s natural life expectancy is 25 to 30 years, but in South Korea, many horses used for racing who were bred in the U.S. or who have American parents are “retired” and slaughtered for their flesh before they turn 4. Most horses who outlive their usefulness to the racing industry are sent to slaughter.

A PETA investigation documented that when horses arrived at the largest horse slaughterhouse in South Korea, workers hit the frightened animals with poles to try to force them off the transport trucks. They were beaten all over, including in the face. Some endured this abuse for almost three minutes.

A number of the horses arriving at the slaughterhouse seemed to have come straight off the racetrack. One of them, Cape Magic, arrived on a Monday morning with a huge bandage on his leg, after having been raced less than 72 hours earlier. He was only 5 years old and had competed in 44 races. 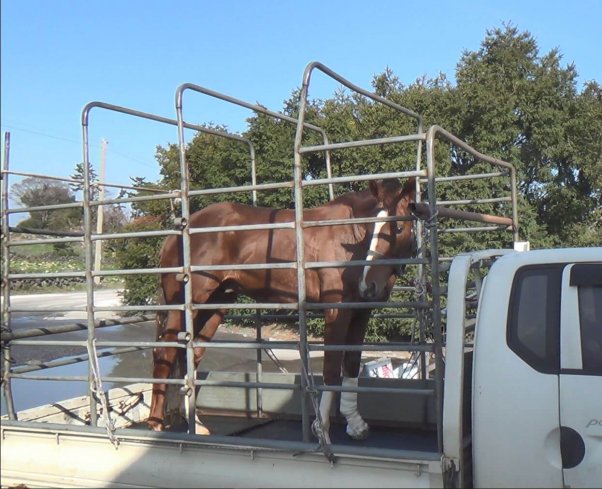 Other horses—including Winning Design, who had an American father and who was only 4 when she was killed—arrived dirty and underfed from a farm where filthy conditions and a lack of veterinary care were evident. 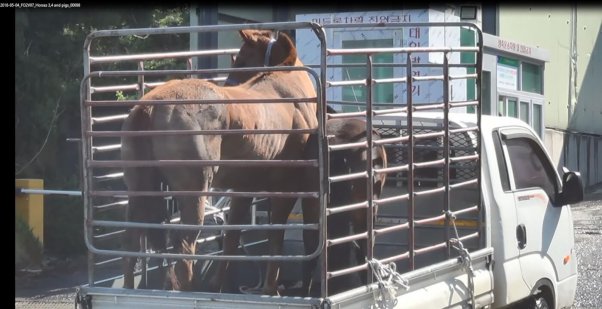 Inside the slaughterhouse, workers forced the horses up a narrow chute. The terrified animals could hear the screams of pigs being killed in the next room. 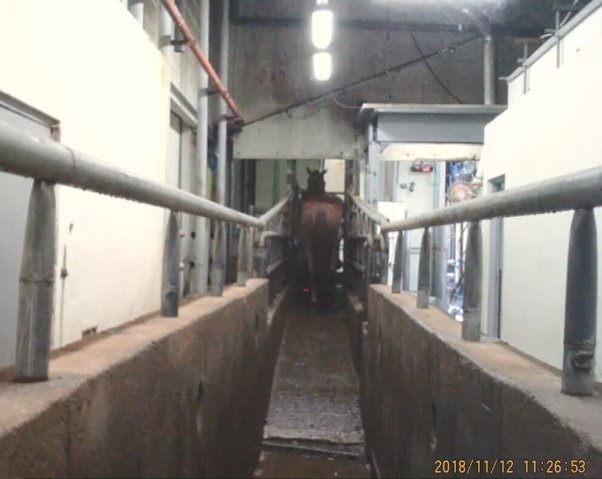 PETA eyewitnesses documented that two horses—Air Blade and Royal River, who had been discarded by the racing industry—were forced to wait in the kill box and slaughter chute for nine minutes. Air Blade had no choice but to watch as his companion was shot and hoisted by one leg right in front of him. He backed up in terror, but a worker struck him to drive him into the kill box. He reared up and tried frantically to escape before he, too, was shot.

An official with the Animal and Plant Quarantine Agency told The Korea Observer, “We knock out horses with the same hammer [captive-bolt gun] that we use for cows. Things may get a little messy if they do not pass out at the first blow.”

In stores, their meat is sold for $17 per pound. 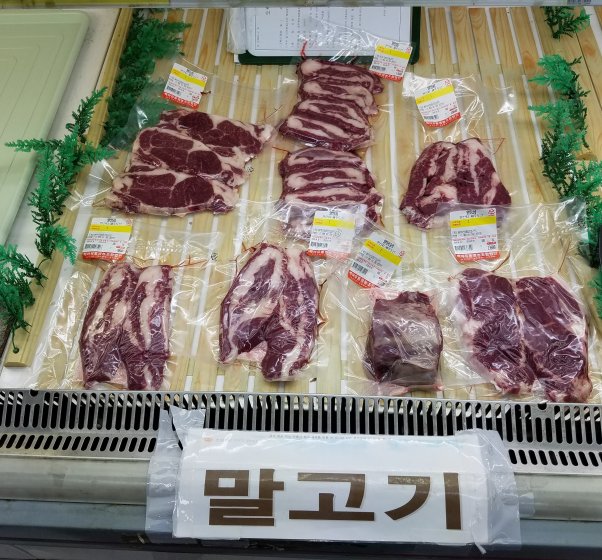 Every year, around 1,200 horses are killed in South Korean slaughterhouses. The Korea Racing Authority (KRA) spends millions of dollars importing horses and breeding them relentlessly to bolster its growing racing industry. But rather than investing in a retirement program for horses, the KRA promotes the consumption of horsemeat.

Learn more about the abuse and slaughter of horses in South Korea’s racing industry, and take action to help these animals today:

Take Action Against Cruelty to Horses