When PETA learned about a horse in Washington state who appeared very thin and sickly, we contacted animal control, which refused to help him. Fortunately, we knew a local humane investigator who agreed to go and check on the horse. 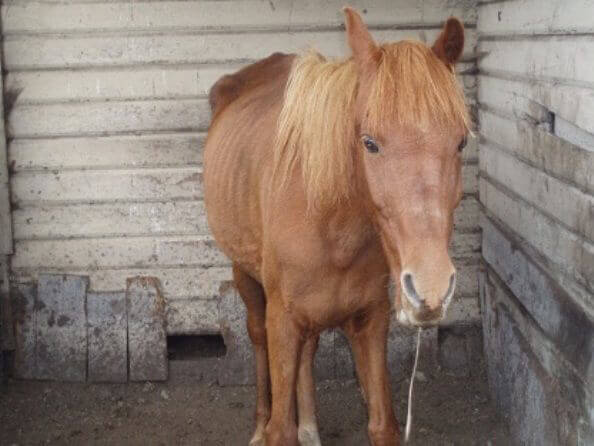 The horse’s owners said they were giving him plenty of food and water but that he was still losing weight. A checkup by a veterinarian the humane investigator had brought along revealed a simple solution: The horse’s teeth had become overgrown, so he needed to have them filed down so that he could chew properly. After getting the much-needed veterinary care, the relieved horse began to eat. He has subsequently gained weight and is looking much healthier.

People often acquire animals on a whim, without knowing how to care for them properly. When your friends and family are thinking about bringing home a new animal, offer them PETA’s factsheet along with that new toy or treats so that they know what they’re getting into—and so that the animal goes to a home that’s prepared.