It’s the weekend! This little sloth has a great idea for how to spend it.

As vegan eating goes mainstream, delicious new vegan products are popping up in grocery stores like dandelions in summer yards. Here are some of our favorites.

I would love to put Oscar-nominated actor Michael Clarke Duncan up for a VMA, because the gentle giant’s new PETA video, in which he talks about why he went vegetarian and how much he loves animals, is my hands-down pick for Video of the Year.

You’ll fall crazy in love with Kiwi Crazy Love and the other sumptuous smoothies on new video website BlendedRecipes.com. 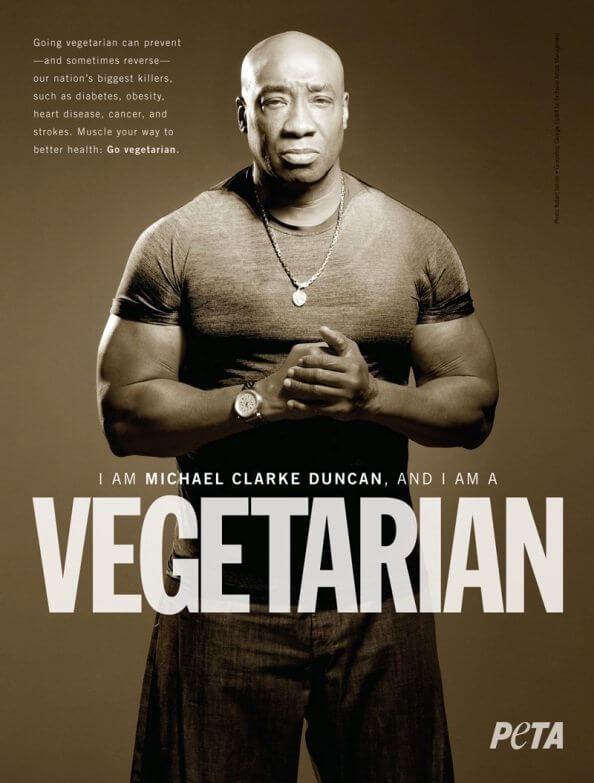 It’s down to the wire: Which lovely lass and good-looking guy will be named peta2’s Cutest Vegetarian Alive? Cast your votes!

We already know that tobacco is harmful without subjecting more animals to cruel, archaic experiments. Tell the Food and Drug Administration to remove animal tests from its guide on tobacco product testing, especially since previous tests have shown that animals don’t even develop the same diseases that human smokers do.