Update: In 2015, following pressure from PETA and other animal advocates, the National Institutes of Health (NIH) promised to retire all federally owned chimpanzees to sanctuaries. Sadly, since this announcement, few have been retired and many have died while waiting. Please urge NIH to retire these animals now!

You may remember that we testified at the IOM committee’s hearing on the issue last summer. The committee listened to us and to the scientists who testified and concluded that “most current biomedical research use of chimpanzees is not necessary.“ 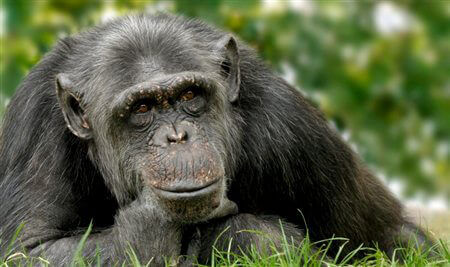 NIH had originally commissioned the study in response to the outcry from PETA and other animal protection groups when the agency tried to pull more than 200 chimpanzees out of retirement at the Alamogordo Primate Facility in New Mexico and send them back to laboratories. PETA, politicians, and other animal advocates stopped the move, and now, none of the chimpanzees at Alamorgordo, or any other NIH-owned chimpanzees not currently enrolled in experiments, can be used pending a further review by NIH.

This may well be the beginning of the end of chimpanzee experimentation. However, until these experiments are permanently banned, hundreds of chimpanzees are still in peril, which is why it remains vital that Congress pass the Great Ape Protection and Cost Savings Act, which would phase out the use of all chimpanzees in invasive experiments and permanently retire more than 600 federally owned chimpanzees to sanctuaries, where they could live in peace at last. You can help by clicking here to urge your congressional representatives to pass this groundbreaking law and end the use of all great apes in experiments.