Residents of Hendry County, Florida, are ready for their local government to quit the monkey business. The county is already home to three facilities that import and breed monkeys for use in experiments, making it the monkey-farming capital of the nation. Now, the county has approved plans for a fourth facility, Primera, behind closed doors and without input from the public. Citizens are fighting back with a lawsuit against the county, and they’re getting help from some high-profile animal advocates, including Jane Velez-Mitchell, who successfully helped PETA shut down plans for a massive monkey prison in Puerto Rico a few years ago.

Residents are already upset over what may be happening inside the monkey prisons. Reporters at local news station WINK investigated Primate Products and found that the facility—which imported more than 1,000 monkeys last year, including more than 600 who were captured in the wild—was conducting experiments on the monkeys. The facility even admits that it “trains” monkeys to be “willing worker[s]” in laboratories, collects blood and spinal fluid, and gives pregnant female monkeys cesarean sections so that experimenters can dissect and sell tissue from the fetuses. The county has opened its own investigation to determine whether the experiments at Primate Products violate the facility’s zoning permit. 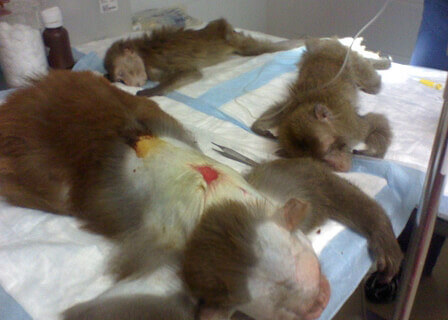 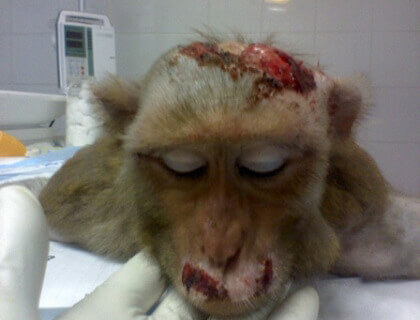 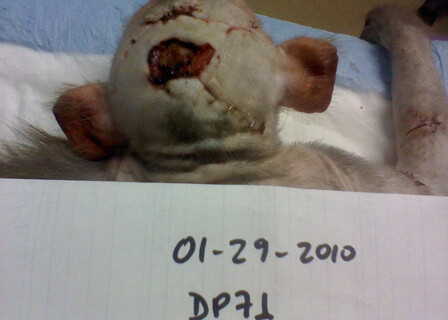 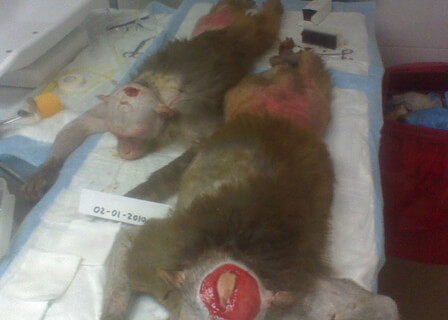 These disturbing pictures, previously leaked from inside Primate Products, show the dangerous consequences of taking scared, stressed monkeys—including some who have been torn from the wild—and forcing them to live in incompatible groups in tiny enclosures. Sometimes fights ensue and monkeys suffer serious injuries.

Primate Products, Primera, and Florida’s other monkey dealers keep their cages full by shipping animals in from abroad. You can help cut off the laboratories’ supply of animals. Boycott Air France—the last major airline shipping primates destined for experiments—and tell the airline why.