The elderly woman who called PETA’s national animal-emergency number thought that she was doing the right thing. When she discovered a baby bird in her yard who was unable to fly, she took him into her home and tried to feed him. Frustrated by the bird’s deteriorating condition, she called PETA to ask for advice. 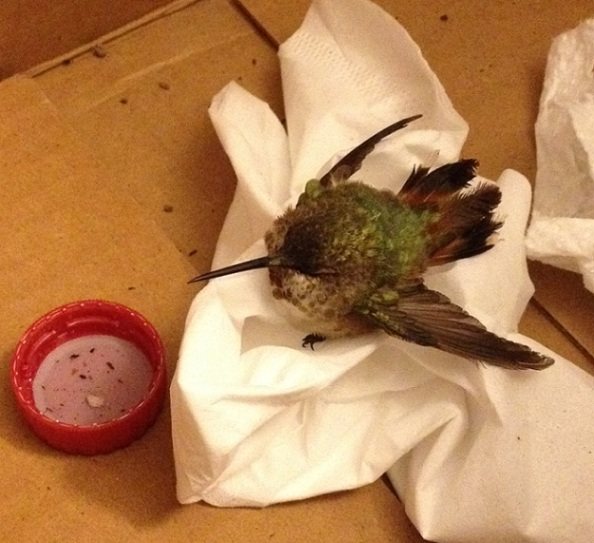 Knowing that a bird who did not fly away from a person attempting to pick him or her up was most likely severely injured or ill, we let the woman know that despite her good intentions, the bird really needed to be assessed by a wildlife specialist.

The caller couldn’t drive, so a staffer from our Los Angeles office went out to pick up the baby bird and got the animal into the hands of a wildlife rehabilitator who determined that the baby was in fact severely injured and suffering and should be euthanized.

While people who try to help wild animals by themselves have wonderful intentions, they may inadvertently cause the animal more suffering by providing improper care. If you encounter a wild animal who appears to be hurt or in danger, stay near the animal, but call your local humane society or animal control officials for help. If they can’t provide assistance themselves, they may have names of licensed wildlife rehabilitators in your area. Keep the names and numbers in your address book for future reference.