Harvard Medical School (HMS) is reviewing the treatment of mice and rats in its laboratories after an anonymous whistleblower, distraught over the school’s experimenters’ apparently callous attitude toward animals, contacted PETA with disturbing photographs and reports of mice and rats abused in deadly pain, itch, and other neurological experiments.

During the experiments, animals are injected with caustic materials, killed, and decapitated. The whistleblower’s photographs reveal a freezer filled with plastic bags stuffed with mice’s bodies, mice whose ears are pierced with metal tags so heavy that they appear to cause the animals’ heads to tilt, and mice wrapped in gauze and left lethargic after surgeries. 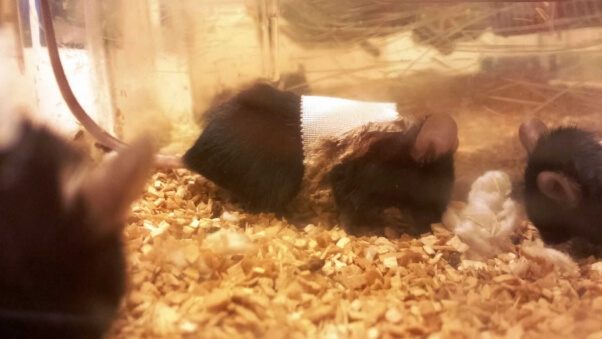 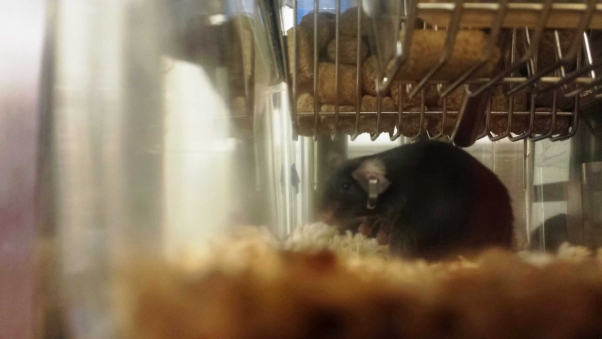 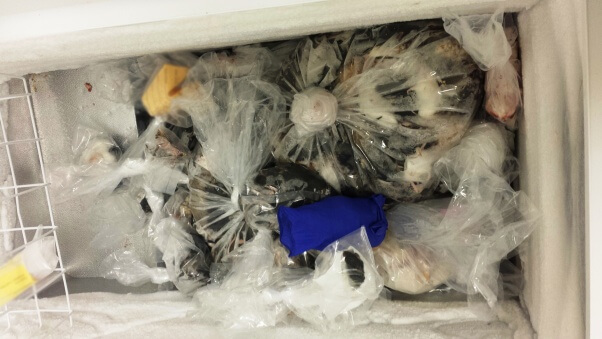 These experiments, which have received almost $8 million in funding from the National Institutes of Health (NIH), have resulted in little clinical progress, and the use of mice to develop treatments for human neurological disorders has an extremely high failure rate.

PETA is calling on HMS and NIH to reevaluate their approval and funding, respectively, of these crude and cruel experiments. In our correspondence, we note the following:

Humane and modern non-animal research methods, such as neuro-imaging techniques in human volunteers, … systems using human cells and tissues, state-of-the-art organs-on-chips, and computational models all can generate data that are directly relevant to humans and can replace animals in these specific studies.

PETA’s letters also discuss documents that we obtained through a Freedom of Information Act request, which reveal more than 74 animal-welfare violations from December 2012 to October 2015 at HMS, including incidents in which animals endured pain, were injured, and died as a result of neglect and incompetence.

These documents reveal that mice in HMS’s laboratories died from dehydration after their water bottles ran out of water and no one bothered to refill them. Mice in other experiments died from radiation overdoses or suffered when laboratory workers failed to notice that they had grown tumors larger than what was permitted in the experiment, and one mouse was found dead in a cage after being left unattended for months. Elsewhere at the school, a marmoset monkey sustained a broken leg as a result of abusive capture methods, and in just one incident, 200 zebrafish died after an aquaculture life-support system was inadvertently shut off.

While PETA welcomes the news that HMS is investigating our concerns, the only way to ensure that animals don’t continue to suffer in wasteful, ineffective experiments is to shut them down and switch to superior non-animal research methods.

Despite making up more than 95 percent of animals abused in experiments, rats and mice are specifically excluded from the Animal Welfare Act (AWA), the only federal law with legally enforceable standards that governs the treatment of animals in laboratories. Please ask Congress to amend the AWA to include rats and mice.