Following PETA Germany’s years of work exposing how handlers beat elephants to make them perform in German zoos, the European Association of Zoos and Aquaria (EAZA) has announced a switch to “protected contact.”

The decision comes after PETA Germany released heartbreaking videos that revealed the abusive methods used to break elephants’ spirits at two German zoos. In footage taken at Hanover Zoo, zookeepers repeatedly terrify the animals by sinking bullhooks into their skin and allegedly whipping them. As seen in the video taken at the Wuppertal Zoo, handlers force elephants to participate in photo shoots, weddings, and other events under the constant threat of a sharp metal-tipped bullhook.

EAZA has stated that it will require all affiliated zoos to switch to the protected-contact method of handling elephants. There are two basic styles of managing captive elephants: protected contact and free contact. With protected contact, there’s always a barrier between handlers and the animals, which is not only more humane but also much safer for both species. In free contact, handlers are always armed with a bullhook that they use to strike and intimidate elephants into performing.

Now, if the EAZA would just implement the change much sooner, that would be great.

The EAZA noted that all affiliated zoos will have to adopt protected contact by January 1, 2030. Ten years is a very long time, especially considering that the problems with the free-contact method are affecting elephants right now. In the U.S., no zoo accredited by the Association of Zoos & Aquariums has been allowed to use free contact since 2017.

PETA Germany (along with numerous other organizations) wrote to the EAZA urging it to speed up the switch to protected contact. You can help PETA Germany push the organization to adopt the method by 2023 by signing this petition today.

Through eyewitness footage, PETA Germany uncovered just how much pain and suffering elephants at the Hanover Zoo endure to prepare for their performances in circus-like shows.

A PETA Germany investigation captured video footage of elephant enclosures that are usually inaccessible to visitors. Here, elephants are coerced into performing senseless tricks with violence and force.

Through pain and punishment, baby elephants’ spirits are broken. 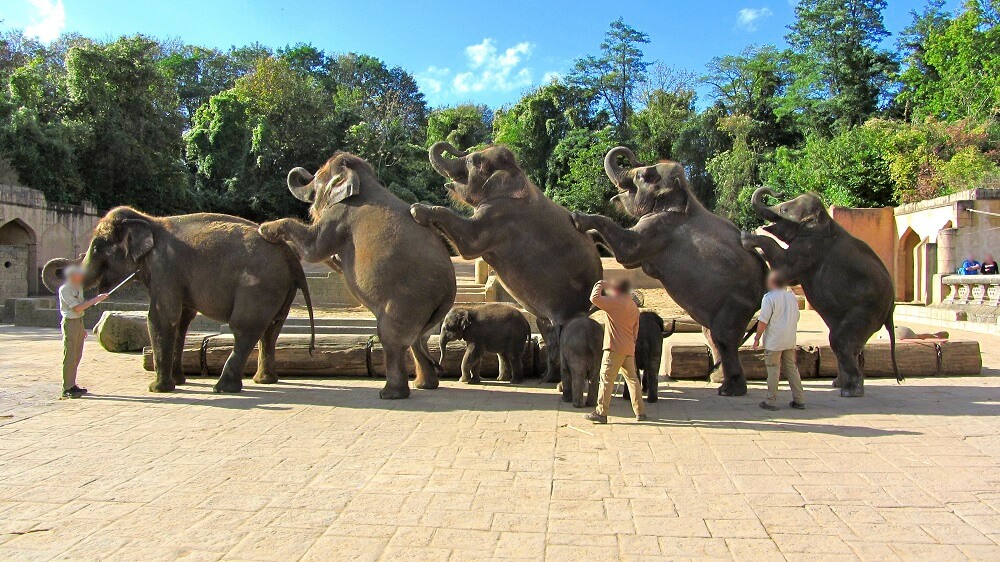 The bullhook is the notorious weapon of choice in the circus industry, and it’s used in many German zoos, including Hanover Zoo, to dominate elephants. 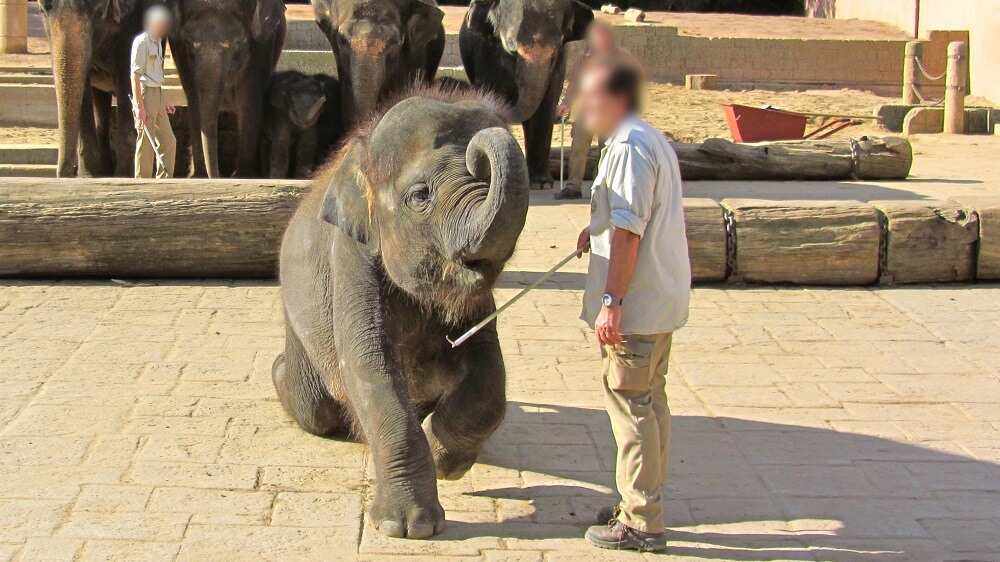 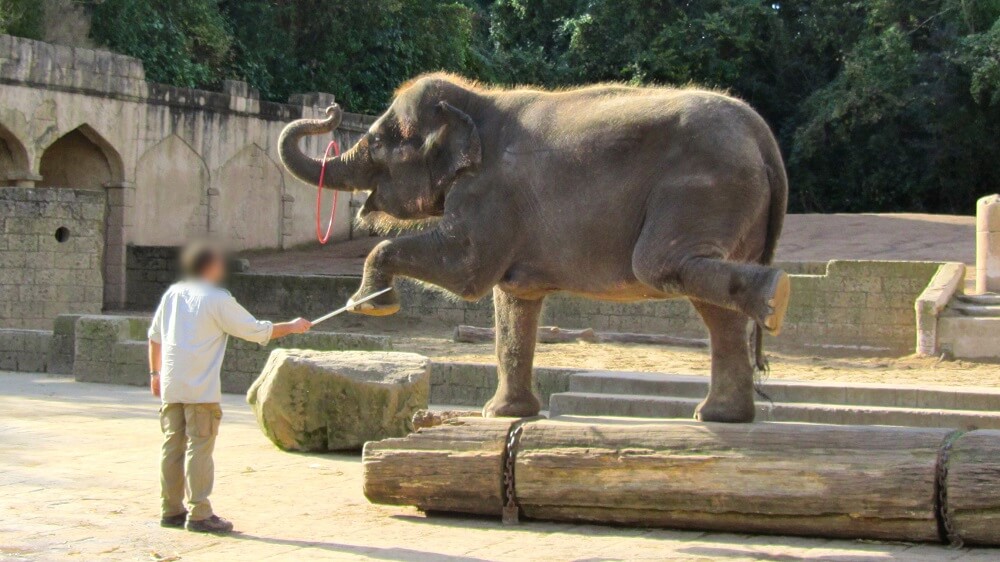 In the video, zookeepers are seen repeatedly terrifying the animals by sinking the bullhook into their skin and by whipping them. 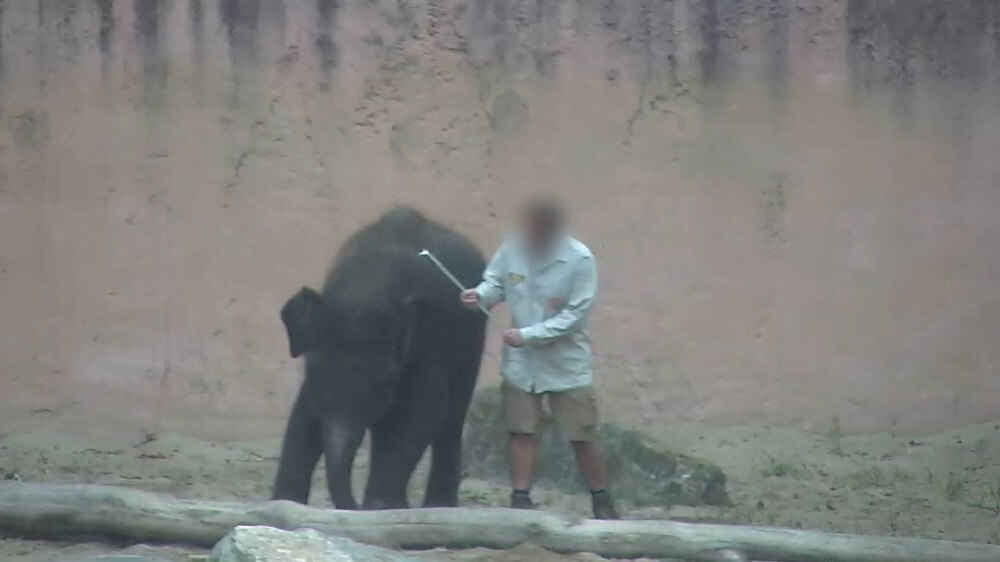 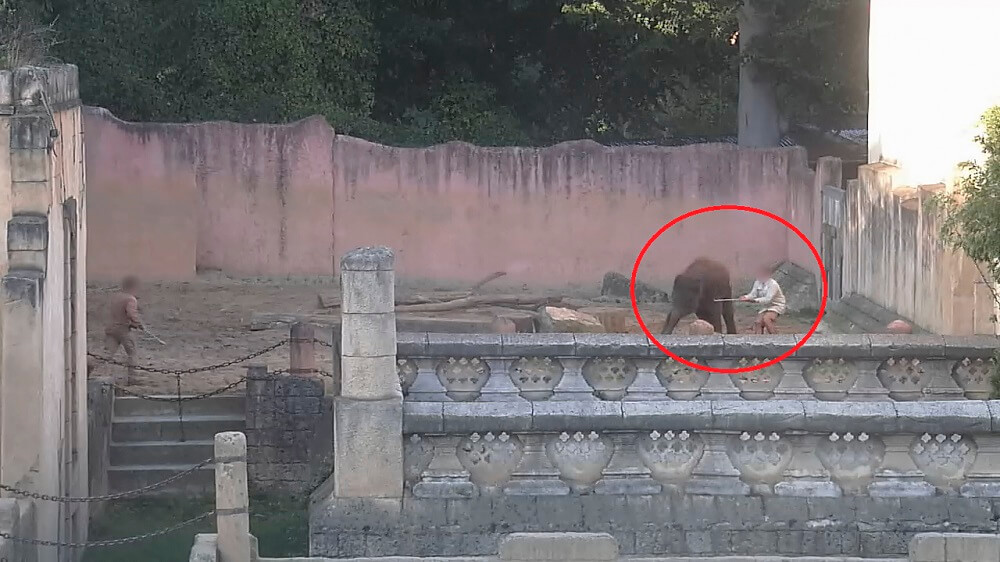 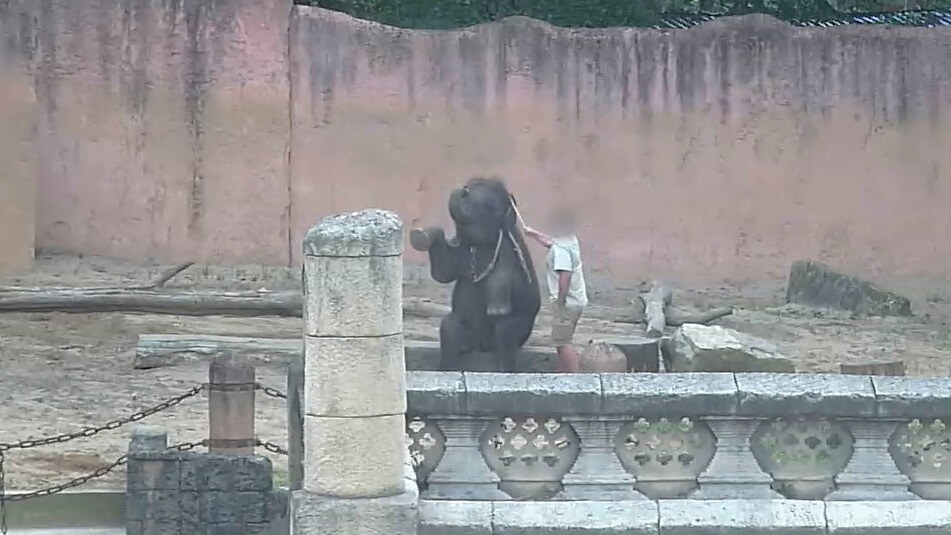 No animal wants to perform for humans.

Hanover Zoo regularly presents its Asian elephants in circus-like shows to attract visitors. This has nothing to do with respecting their natural behavior or with conservation. 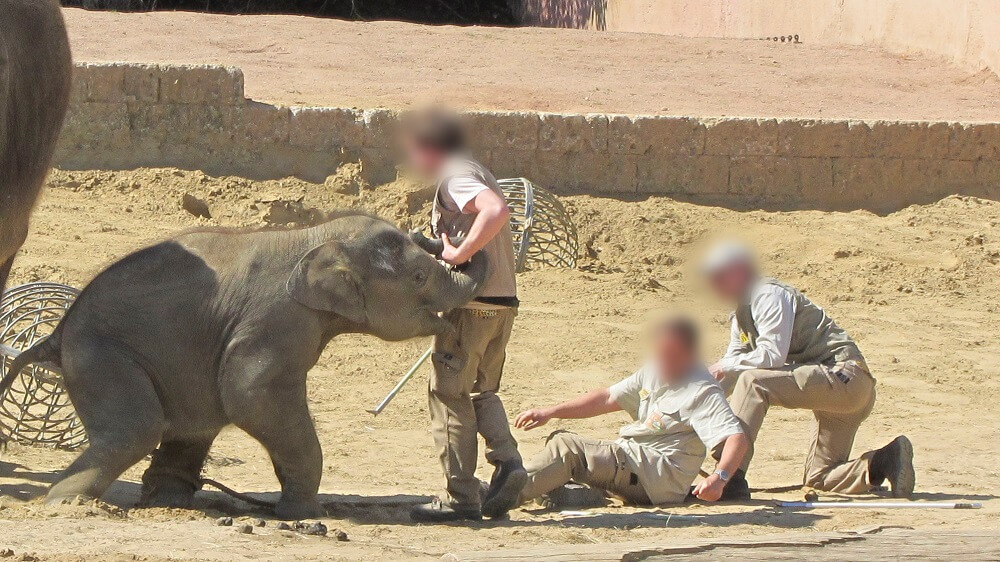 After reviewing the footage provided by PETA Germany, elephant expert Carol Buckley explained that this systematic abuse from an early age can lead to long-lasting, traumatic harm. She emphasized that this training serves only one purpose: to teach circus tricks. 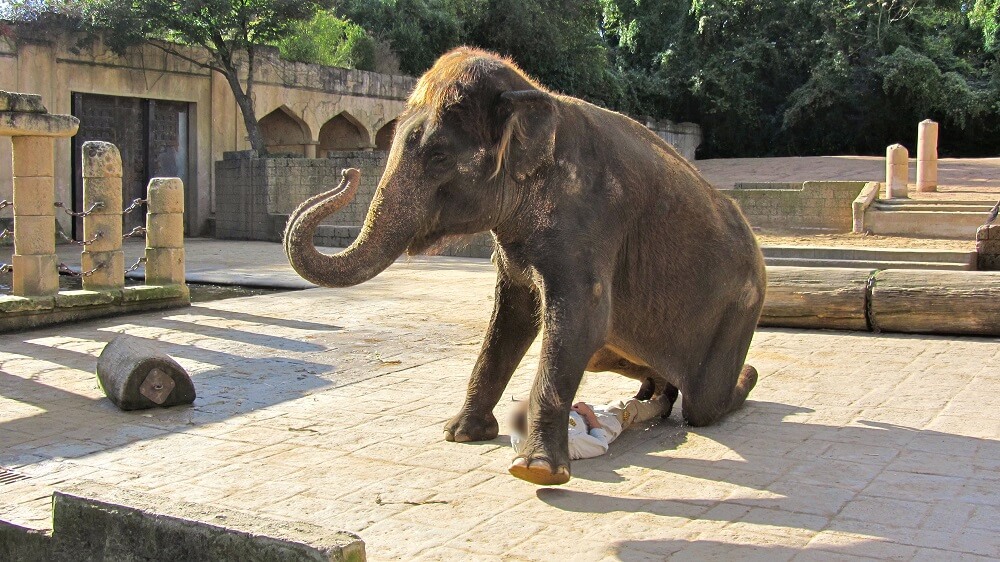 Elephants are highly intelligent living beings with complex personalities. They would never choose to balance on a pedestal to entertain humans. The baby elephants at the Hanover Zoo are completely at their trainers’ mercy. Their helpless mothers cannot protect them because they know they’ll be tortured with the bullhook themselves if they try. 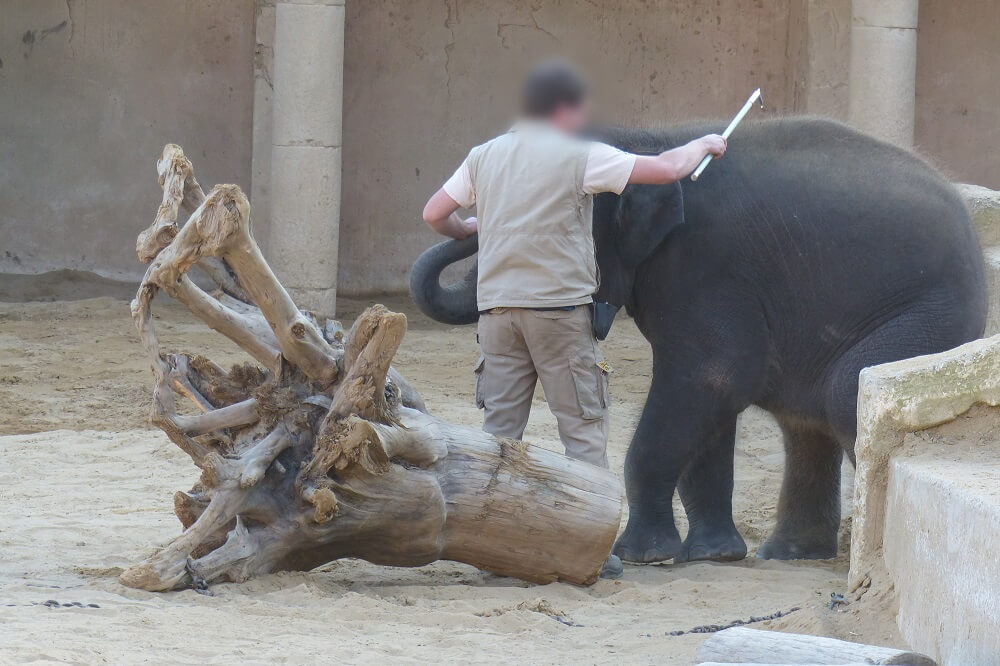 As PETA has shown again and again, beatings and abuse are the norm for any elephant forced to perform circus-style tricks. Animal abuse can take place anywhere, but if you see wild animals performing stupid tricks, that’s a dead giveaway. Here are multiple actions that you can take to help elephants: