As a U.K. native who has spent a lot of my acting career bouncing back and forth between Manhattan and London, I’ve been fascinated and saddened by the debate over New York’s horse-drawn carriages. London issued the last horse-drawn carriage license in 1947, when rebuilding the city after World War II, reasoning that easily skittish large animals don’t mix with the chaos of a modern metropolis (of 1947!!!). Transport officials declared that all taxis “must be wheelchair accessible … and … fitted with anti-lock braking” to ensure public safety, conditions “not capable of being satisfied by a horse drawn carriage.”

Horse-drawn carriages can be rented for special occasions in certain parts of London, but they’ve been pulled from traffic, and there are similar restrictions in Paris and Toronto, which banned the trade from the city center in 1998. Last year in Salt Lake City, after a horse dropped dead on the street, the city council voted unanimously to ban horse-drawn carriages completely. This spring, San Juan, the capital of Puerto Rico, outlawed the carriage trade, and just last week, an Indian high court banished the dangerous horse-drawn carriage trade from the streets of Mumbai, India’s most populous city. This decision was made out of concern for both public safety and cruelty to animals. 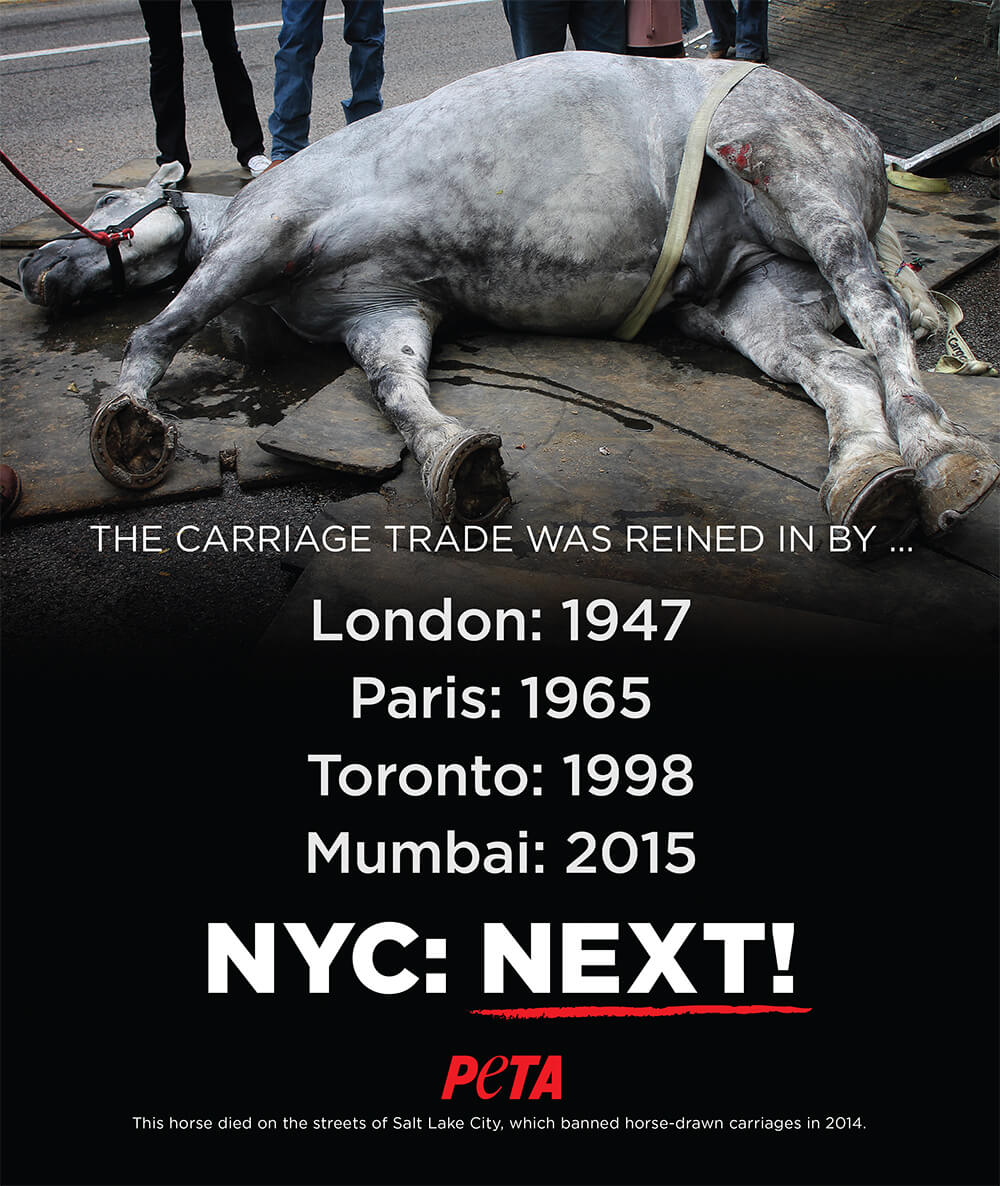 Mayor Bill de Blasio’s initiative to rid Manhattan’s frantic streets of horse-drawn carriages isn’t controversial to anyone who sees this clear global trend toward making cities safer and more humane. Over the past few years, dozens of tragic Midtown accidents involving spooked horses have resulted in critically injured people and dead horses. I urge the New York City Council to vote for Intro 573, the bill sponsored by Council Members Daniel Dromm and Ydanis Rodriguez to retire the horses from the carriage trade and help find work for the drivers in safer modes of transportation or tourism. It’s a matter of public safety and common sense as much as cruelty to animals.