Paul McCartney once went to Kansas City to get his baby back, and now PETA is blazing the same trail to help teens get their baby faces back.

A new study published in the Journal of the Academy of Nutrition and Dietetics found that teenagers who drank more milk had more problems with acne. It confirmed similar findings by the Harvard School of Public Health. So PETA plans to take this message to high schools around the country, starting with the ad that we’ve placed in the Kansas City, Missouri, metro area: 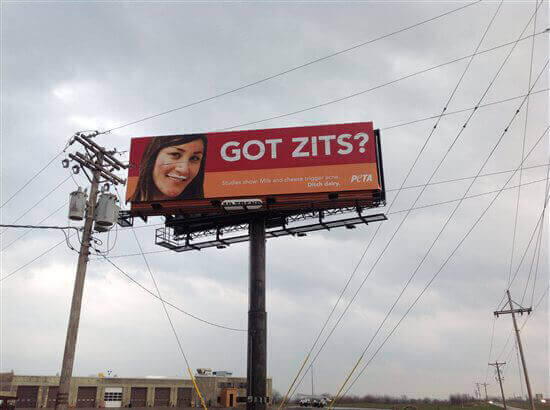 Besides being crappy for the complexion, milk is cruel to cows.  Want to save face? Grab a carton of tasty nondairy soy, almond, or rice milk the next time you’re at the grocery store and keep your skin and your conscience clear.