Susan G. Komen for the Cure is coming under fire today for cutting off hundreds of thousands of dollars in grants to Planned Parenthood that were used to provide underprivileged women with breast cancer screenings. We’ve never been big fans of Komen because it funds cruel animal tests, so we are sending Planned Parenthood a list of cruelty-free charities to look into working with.

Many of us have stayed away from Komen because the organization does women a great disservice by wasting money on archaic animal experiments that have proved to be ineffective. In one recent study funded by the Komen foundation, mice had tumor cells injected into their brains. When the animals developed brain tumors, they were killed, and the tumor tissues were implanted into other mice, who had their necks broken and their brains cut out and dissected. After billions of dollars spent and billions of animal lives lost, we still have no cure for breast cancer. Mice do—we’ve been curing cancer in mice for decades. But the methods don’t transfer to people. 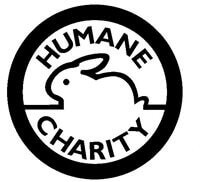 Fortunately, many cancer charities are investing in modern, effective non-animal research. The resources that we gave Planned Parenthood include the American Breast Cancer Foundation, the Breast Cancer Fund, BreastCancer.org, the Dr. Susan Love Research Foundation and the Keep A Breast Foundation, all of which fund preventive care and/or reliable research methods.

We encourage everyone to visit HumaneSeal.org to see a list of charities that are truly trying to save lives—both animals’ and people’s.