Students at Drury University in Springfield, Missouri, have already started earning minors in animal studies, thanks to a generous donation to launch the program from Drury alumnus and PETA pal Bob Barker.

In the last few years, Bob has donated $2 million to his alma mater to establish the Drury University Forum on Animal Rights and the Dorothy Jo Barker Endowed Professorship of Animal Rights. The latter post is currently held by well-respected professor Dr. Patricia McEachern.

The pioneering new minor has animal ethics as its foundational course and will involve instructors from a wide range of fields, including biology, criminology, philosophy, psychology, religion, and sociology.

“The Animal Studies minor is for students interested in gaining an in-depth understanding of the diverse ways in which the lives of animals and humans intersect,” Dr. McEachern told news sources. “The interdisciplinary nature of the minor allows students to consider historical and contemporary interactions between humans and animals from a range of perspectives.”

Hopefully, more schools will be inspired to follow Drury’s outstanding example. As Bob explained, “This minor in Animal Studies has captured the interest of colleges and universities nationwide.” 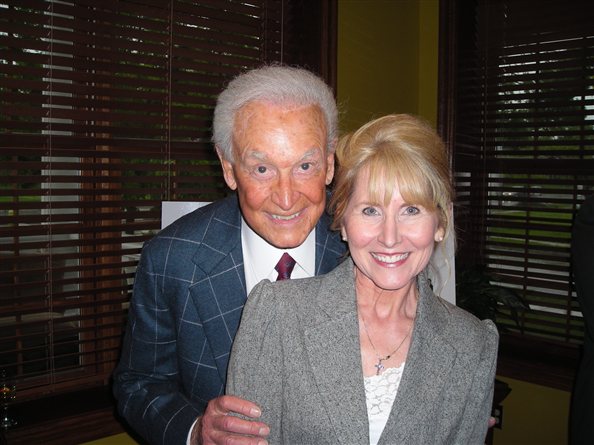 Having seen firsthand the outpouring of affection that he received when he was grand marshal of Springfield’s sesquicentennial parade (I was a bit farther back, marching with the Kickapoo High School band—Go Chiefs!), I can attest that Springfield loves Bob Barker.

But then, who doesn’t? Bob Barker’s generosity of spirit is as legendary as his golden tenure as master of The Price is Right. I suspect that a lot of young folks aspire to be Bob Barker—and thanks to Bob and Drury U., they can now get a little closer to that goal!