A recently approved Ten Commandments monument on the Arkansas State Capitol grounds may soon have company from PETA. The group is following up on its earlier July proposal to display a banner on the grounds, which was reportedly rejected because of size constraints. In a letter rushed to the secretary of state and the Capitol Arts and Grounds Commission, PETA offered to retool its banner—which shows the Christian cross, the Muslim star and crescent, the Hindu Aum, and the Jewish Star of David and reads, “Give Peas a Chance: Go Vegan. Kindness Is the Best Religion of All.” 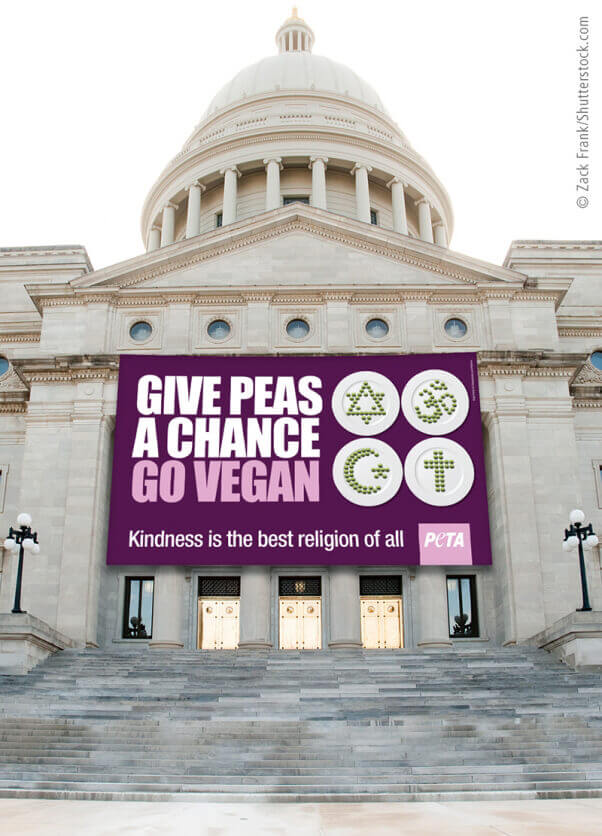 “Whether it’s 1 foot long or 20 feet high, our banner will remind everyone that, regardless of personal religious beliefs, we can share a message of kindness with the world by choosing vegan foods,” says PETA President Ingrid Newkirk. “PETA is happy to make whatever alterations are necessary to bring this powerful message of compassion to the Arkansas state capitol.”