Considered “unprofitable,” tossed like garbage down a disposal, and ground up alive moments after being born—this is the reality for male chicks born into the egg industry, who are deemed useless because of their inability to lay eggs. They’re carelessly discarded by the very industry that brought them into existence.

However, one country is taking a stand against this cruel practice. Germany became the first country to ban “chick shredding.” Although the ban will reportedly spare millions of male chicks the horror of being ground up alive in Germany, what about the female chickens left to suffer at the egg industry’s hands? The sisters of those male chicks will endure an equally hideous fate as long as people continue to eat eggs. 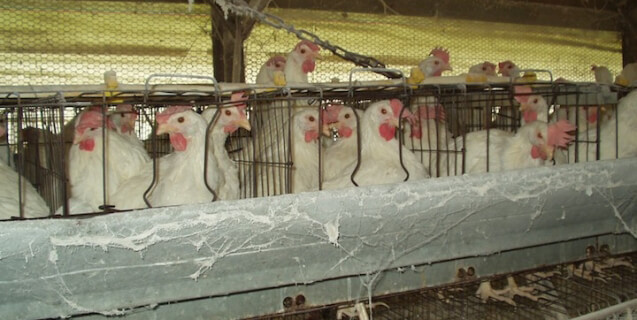 Intelligent, curious, and easily frightened, hens are commonly kept in extremely crowded and filthy conditions and are often painfully mutilated by having the ends of their sensitive beaks cut off. They, too, are slaughtered when they stop producing eggs fast enough to be profitable. Shoved into small crates, sometimes with broken wings or legs, they endure a harrowing journey to the slaughterhouse, where their throats are cut, often while they’re still conscious.

The way to help both male and female chicks is to make the ethical decision to stop eating their eggs and flesh altogether and switch to plant-based foods. It’s also a great move for your health, offering many sources of protein—minus the cholesterol and saturated fat found in eggs.