When they say “a picture is worth a thousand words,” this is what they’re talking about. 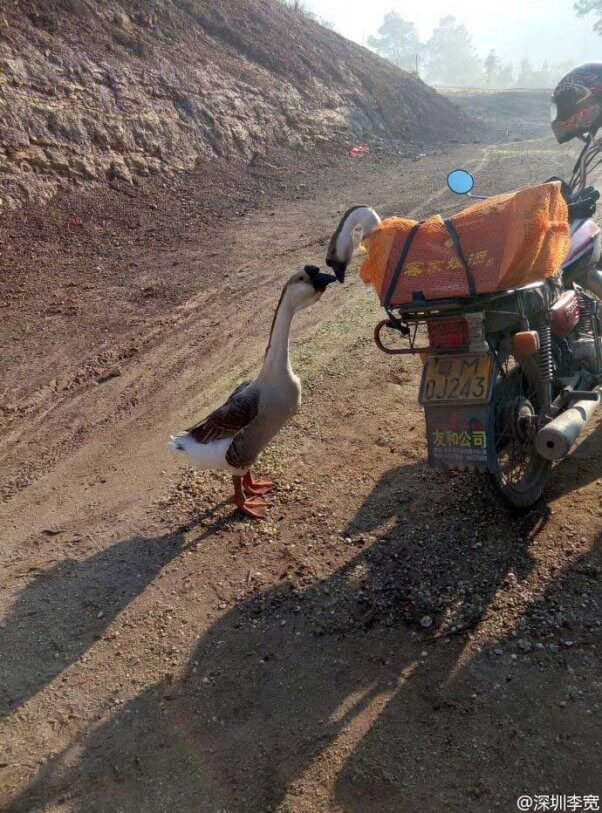 The following poem accompanied the photo:

A final farewell with kiss

See off each other at the gate of village

Live in two worlds separately from now on

The two had spent their entire lives together and were clearly devoted to each other. Geese mate for life. But they were separated when the female goose was given as a gift to a family friend to be killed and eaten. When she was tied into a bag and put on the back of a motorcycle, the gander tried desperately to free her. He honked and cried out for her, his best friend, his soulmate, but, powerless against humans, he could only watch helplessly and cry out as she was driven off into the distance. It was clear to all that he was heartbroken. 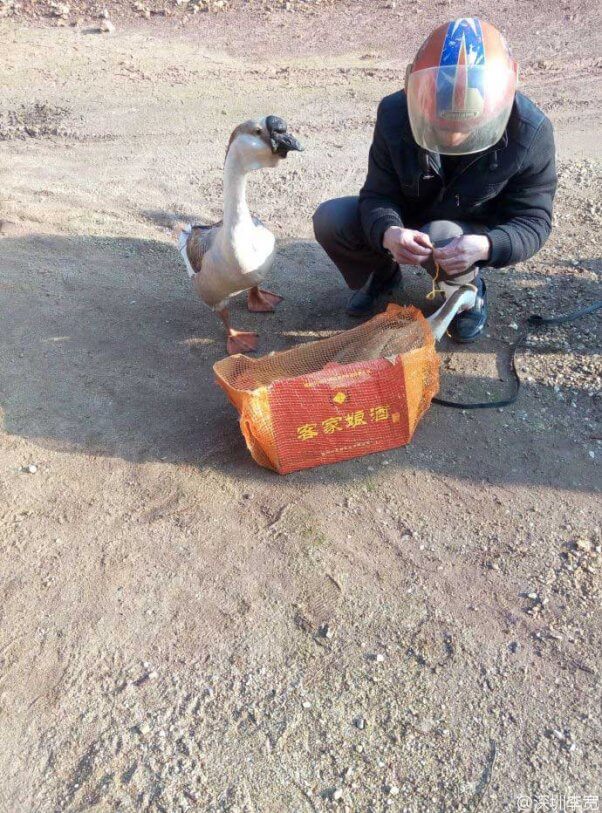 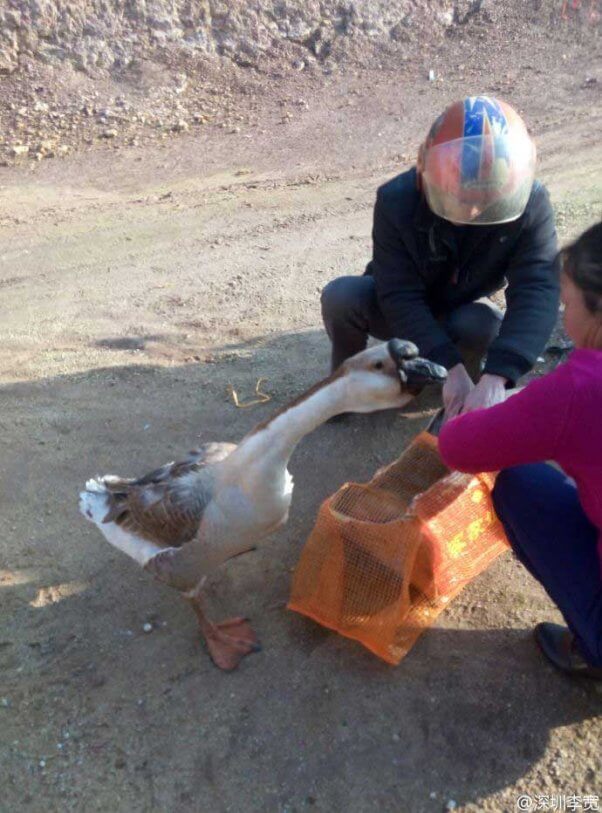 The man who took the goose claimed that when he killed her, she had tears in her eyes. Since the photo went viral, he feels extremely guilty and said that if he had known about their special bond, he would have allowed them to “live to be 100.” 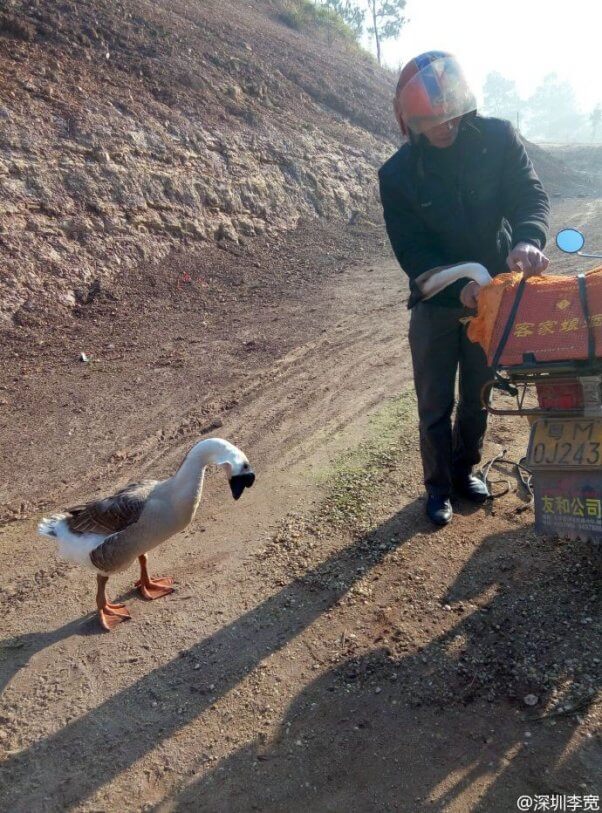 Geese are extremely loyal. They mate for life and are fiercely protective of their partners and offspring. But in China, nearly 300 million geese are killed for food every year. They don’t fare much better in the U.S., where they’re also killed for food, including for foie gras, and live-plucked for their soft down feathers to make pillows, cushions, jackets, coats, and comforters.

If you’re touched by this story, you can help by leaving birds and other animals off your plate. Being vegan is easier than ever, and we’re here to help.