There’s just one book that Academy Award–winning actor Joaquin Phoenix wants you to read this spring: the revised, expanded, and updated 30th anniversary edition of Free the Animals by PETA President Ingrid Newkirk. Order it today! 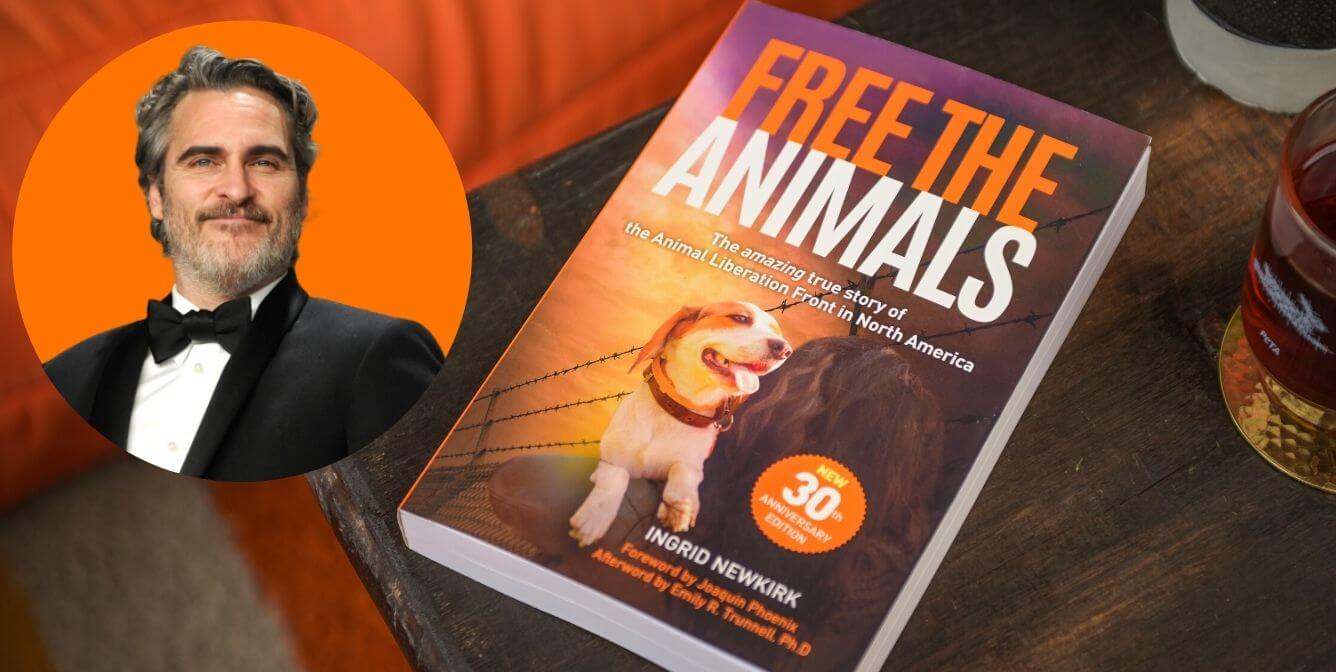 What Is Free the Animals About?

Free the Animals tells the story of “Valerie,” a 23-year-old police officer in Montgomery County, Maryland, whose world is turned upside down in 1981 when she learns about the abuse of animals in laboratories.

The book describes how this law-abiding woman comes to challenge the system by taking direct action and examines why ordinary people are moved to do extraordinary things in behalf of animals.

Full of fascinating characters, vivid descriptions, thrilling incidents, and details on what it means to live on the run from the law, Free the Animals is not only a classic for our time but also a compellingly relevant examination of our society’s cruelty to other animals. 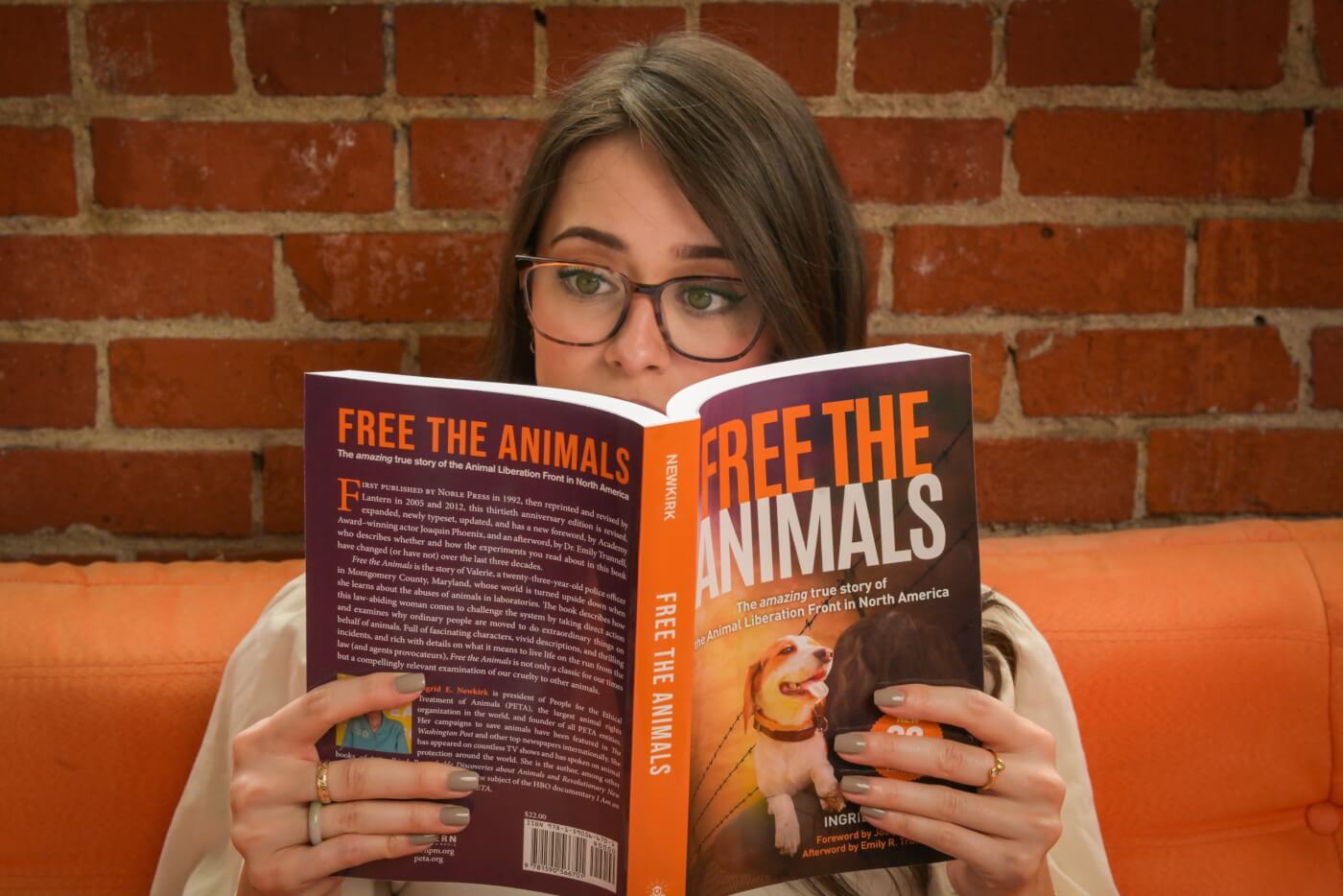 30 Years Ahead of the Game: Free the Animals Introduced a Generation to the Concept of Speciesism

Free the Animals was first published by Noble Press in 1992 and then reprinted and revised by Lantern Press in 2005 and 2012. In addition to a compelling foreword by Phoenix, it includes an introduction by rock legend Chrissie Hynde and an important afterword by Dr. Emily Trunnell, who discusses whether and how the experiments mentioned in this book have changed over the past three decades.

Yes, Free the Animals is about the balaclava-wearing heroes who break windows and laws to save animals, but it’s also about everyone. It’s a call to us all to take action, to adopt rescued animals, to protect against animal experiments, to shun foods derived from animals, to lobby for laws that protect animals, and to urge retailers to stop selling animals’ skin, fur, feathers, and wool.

“Free the animals!” This means freeing them from cages and chains—and also freeing humans of the idea that other animals are ours to experiment on or use in any other way. For three decades, this compelling story has inspired people to challenge the prejudices that condemn wonderful individuals to imprisonment for life and a painful, frightening end.

Free the Animals is a must-read piece on the history of the animal rights movement that always keeps a keen eye trained on the future. By the book’s end, you’ll know where we are now and what we need to do next in order to help end the use of animals in experiments.

As an Amazon Associate, PETA earns from qualifying purchases. If you buy something after clicking the AmazonSmile links on this page, a percentage of the qualifying purchase will be donated to PETA and help us protect more animals from exploitation.