It was a cruel irony. Birds raised for foie gras become so ill that they can barely walk, much less fly. Yet fly they did on certain American Airlines international flights during which foie gras was served in first class. After PETA was alerted to this by upset passengers, we contacted airline officials and informed them about the cruelty of foie gras production, which involves jamming pipes down ducks’ and geese’s throats and pumping several pounds of grain and fat into their stomachs every day until their livers expand to up to 10 times their normal size. An average of 20 percent of ducks on foie gras farms die before slaughter, 10 to 20 times the average death rate on a regular duck farm.

We’re thrilled to announce that now foie gras is no longer being served on any American Airlines flights! 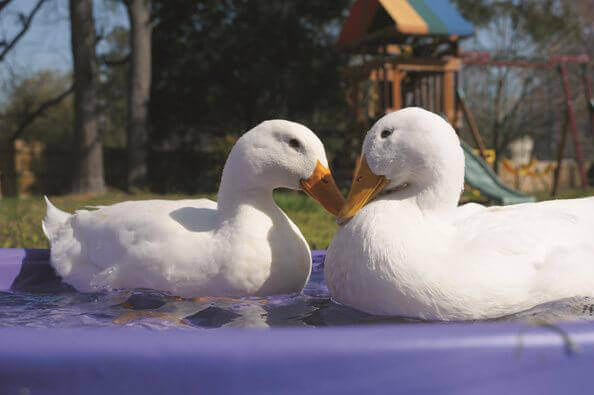 Speak up whenever you see foie gras being sold in a store or served in a restaurant. Let restaurant managers know that as long as the livers of force-fed birds are on the menu, nothing can force you to eat there.