Sheep are up in hooves over the way they’re being abused by shearers. And today, one of them asked leading wool retailer J.Crew to stop profiting from their suffering and drop cruel wool.

The costumed sheep and a throng of PETA supporters gathered outside J.Crew’s flagship store on New York City’s Fifth Avenue and screened footage from our video exposé of the wool industry in the U.S. as well as in Australia, which supplies 90 percent of the world’s merino wool. 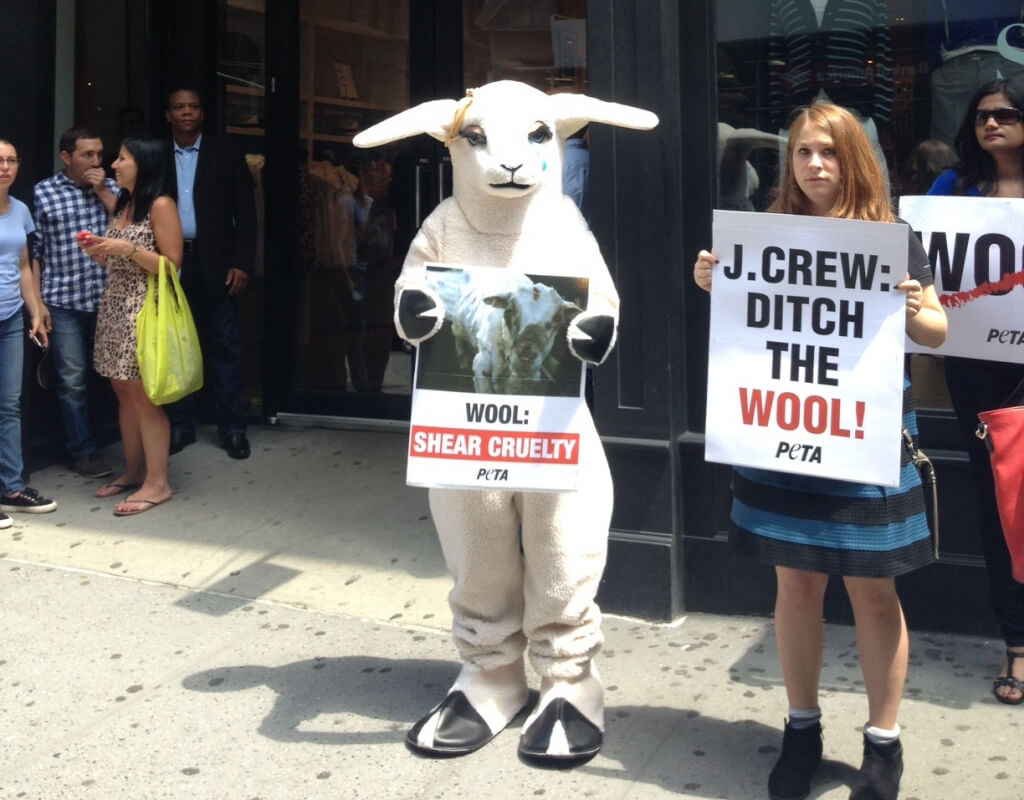 The exposé shows that workers violently punched scared sheep in the face, stomped and stood on their heads and necks, and beat and jabbed them in the face with electric clippers and a hammer. Some of the animals died from the abuse. One worker twisted a sheep’s neck and then kicked the dying animal head-first down a chute, later admitting, “I get angry.”

J.Crew previously banned fur following a PETA campaign. As a leading seller of merino wool, it has the responsibility and the ability to set a standard for the industry by ditching wool, too.

Write to J.Crew and ask the company to stop selling wool.