As Alaska’s deadly annual dogsled race approaches, one of the world’s top marathoners is willing to run the Iditarod herself to save the dogs.

Four-time world record marathon runner and the star of the Amazon Prime documentary Running for Good, Fiona Oakes, says that she would traverse the approximately 1,000 miles—the equivalent of about 36 marathons in a row—over snow and ice if the Iditarod will leave the dogs out of it.

Three times, she’s completed the toughest footrace on Earth: the Marathon des Sables, a grueling 156-mile trek through the Sahara Desert. She’s the fastest female to run a marathon on each continent and the North Pole (and she’s been vegan for more than 45 years). While she chooses to race, dogs forced to run in the Iditarod, sometimes to their deaths, don’t. So Oakes wrote to the CEO of the Iditarod urging him to remove the dogs from the race and make it a true test of human endurance—with only willing human participants.

A PETA exposé of two Iditarod champions’ dog-sledding operations revealed that dogs were denied veterinary care for painful injuries, kept constantly chained next to dilapidated boxes and plastic barrels in the bitter cold, and forced to run hundreds of miles despite exhaustion, dehydration, illness, and injuries. Many dogs used for the race don’t survive. 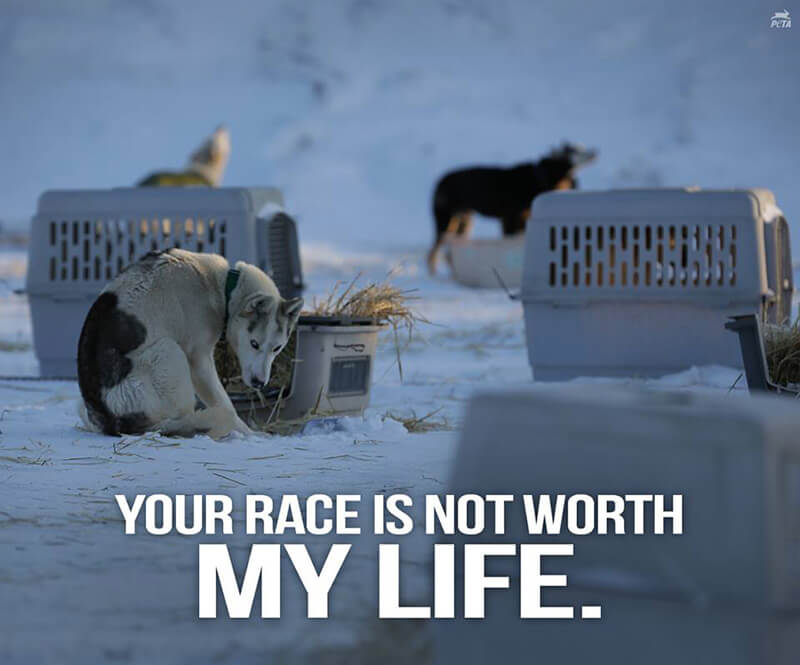 “By replacing dogs with elite athletes who demonstrate their own skill and stamina, the Iditarod would attract a new and growing audience – and spare dogs a life of pain and misery,” Oakes wrote. “I would be one of the many athletes eager to participate in such a revitalised race.” 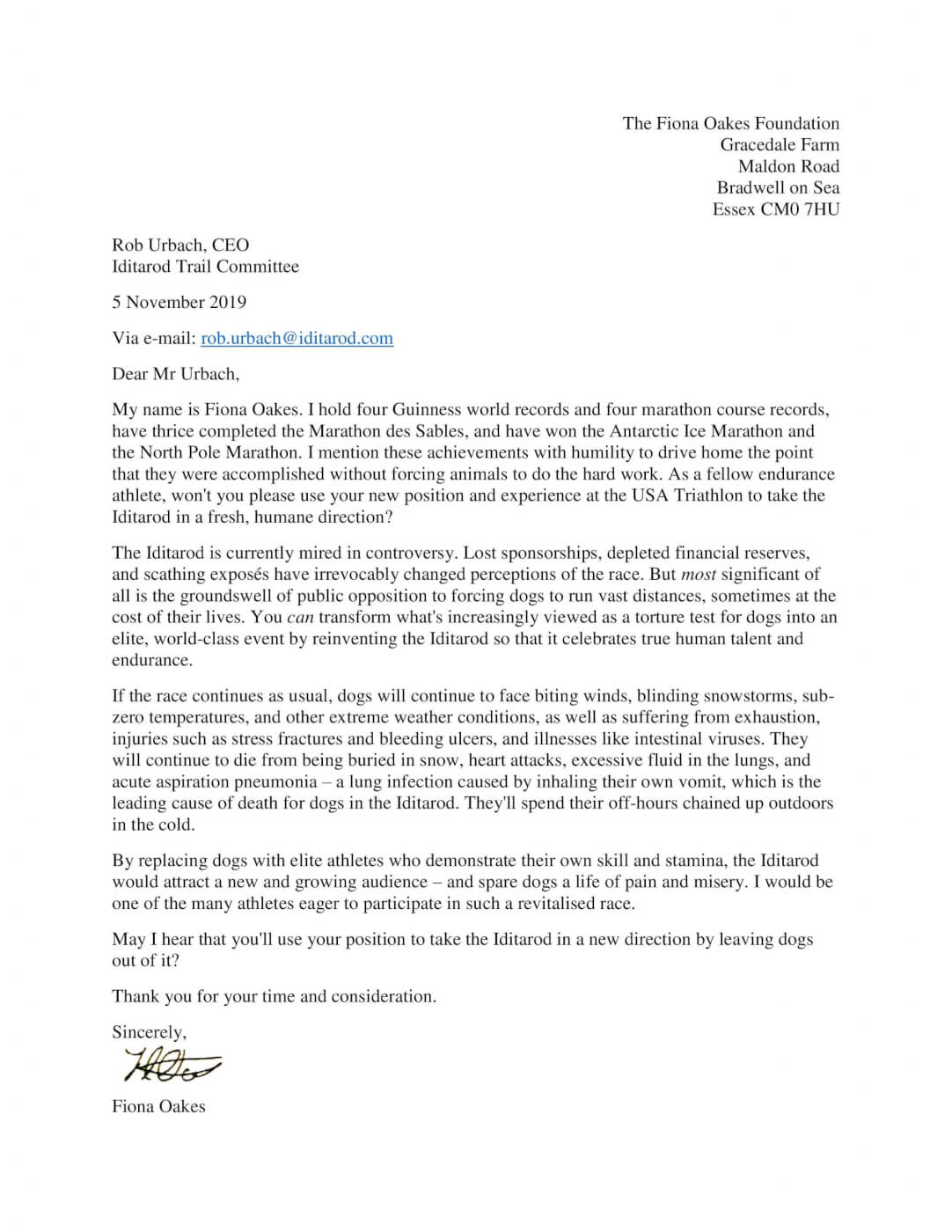 Join Oakes in speaking up for the dogs who are abused and killed for human amusement and financial gain in the Iditarod. Tell the Iditarod Trail Committee that you want to see an athletic competition—not suffering dogs.

Get Dogs Out of the Iditarod