Update (October 12, 2022): The judge sentenced Amy Soranno and Nicholas Schafer to 30 days in jail and an additional 12 months of probation and ordered them to supply DNA samples to a national database. Previously, thanks to a vigorous legal defense from attorneys and public support from people like you, one pig defender was acquitted of all charges. Another had all charges dropped.

Help ensure that Excelsior’s cruelty—and the bravery of these two determined people—aren’t in vain! Buy a package of vegan sausage for the shopper in line behind you, and buy vegan breakfast sandwiches for anyone you know who hasn’t yet made the switch to a cruelty-free lifestyle. Please show them our video and post it everywhere. And join PETA’s Action Team today to get the support you need to get more active for animals.

Excelsior Hog Farm apparently had zero qualms about keeping dead, rotting pigs in cramped cages next to slowly dying live ones—that is, until its appalling operation was exposed.

If officials have their way, three animal rights advocates will serve time in prison after exposing the abuse and suffering that animals were forced to endure on Excelsior Hog Farm in Abbotsford, British Columbia, Canada.

Amy Soranno, Nicholas Schafer, Jeff Rigear, and Roy Sasano of the vegan activist group Meat The Victims are scheduled to appear in Abbotsford Provincial Court of British Columbia beginning on June 27 on charges of breaking and entering and mischief. The charges come after the defendants allegedly livestreamed footage showing sick pigs and those with volleyball-size hernias on the farm. 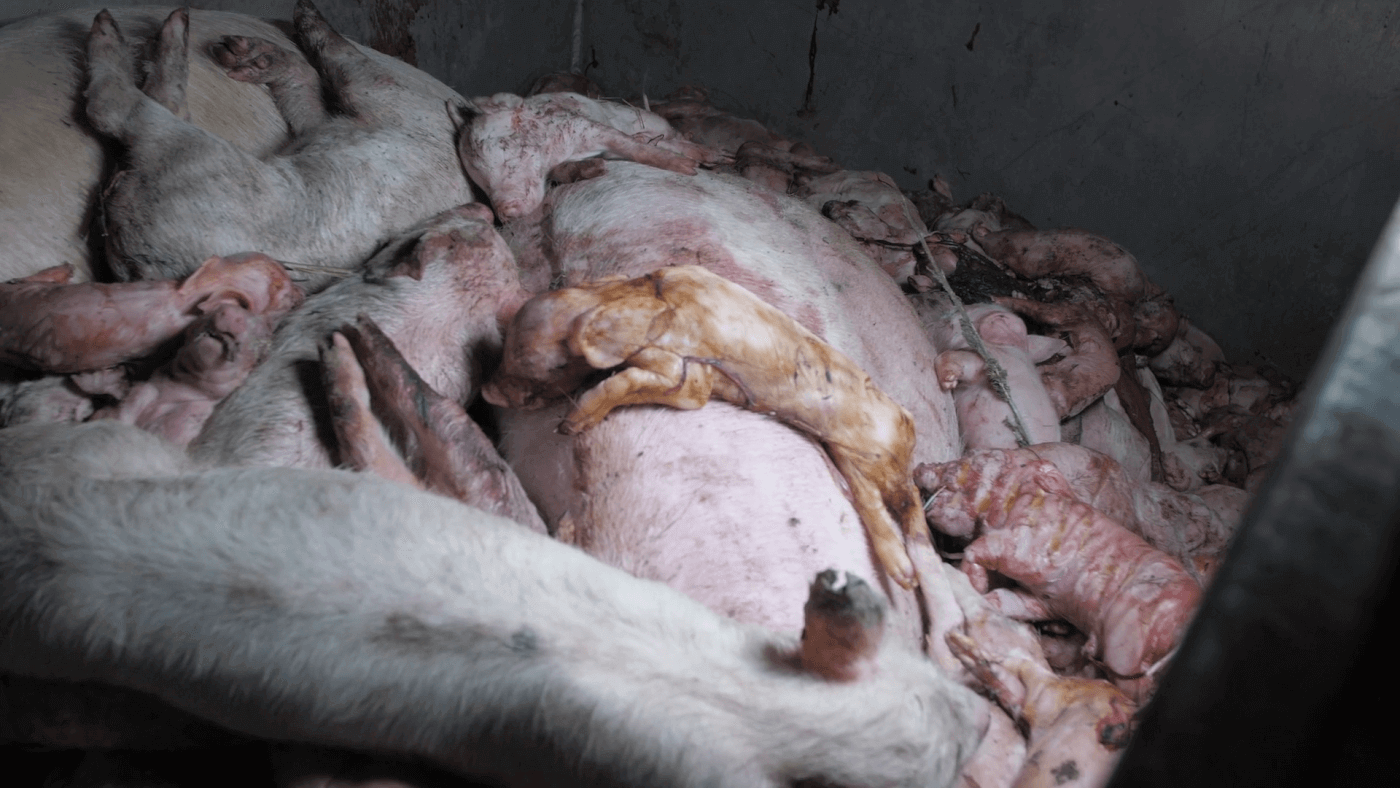 Prior to the disruption led by Meat The Victims, PETA released a shocking video exposing the misery and deaths of pigs there. 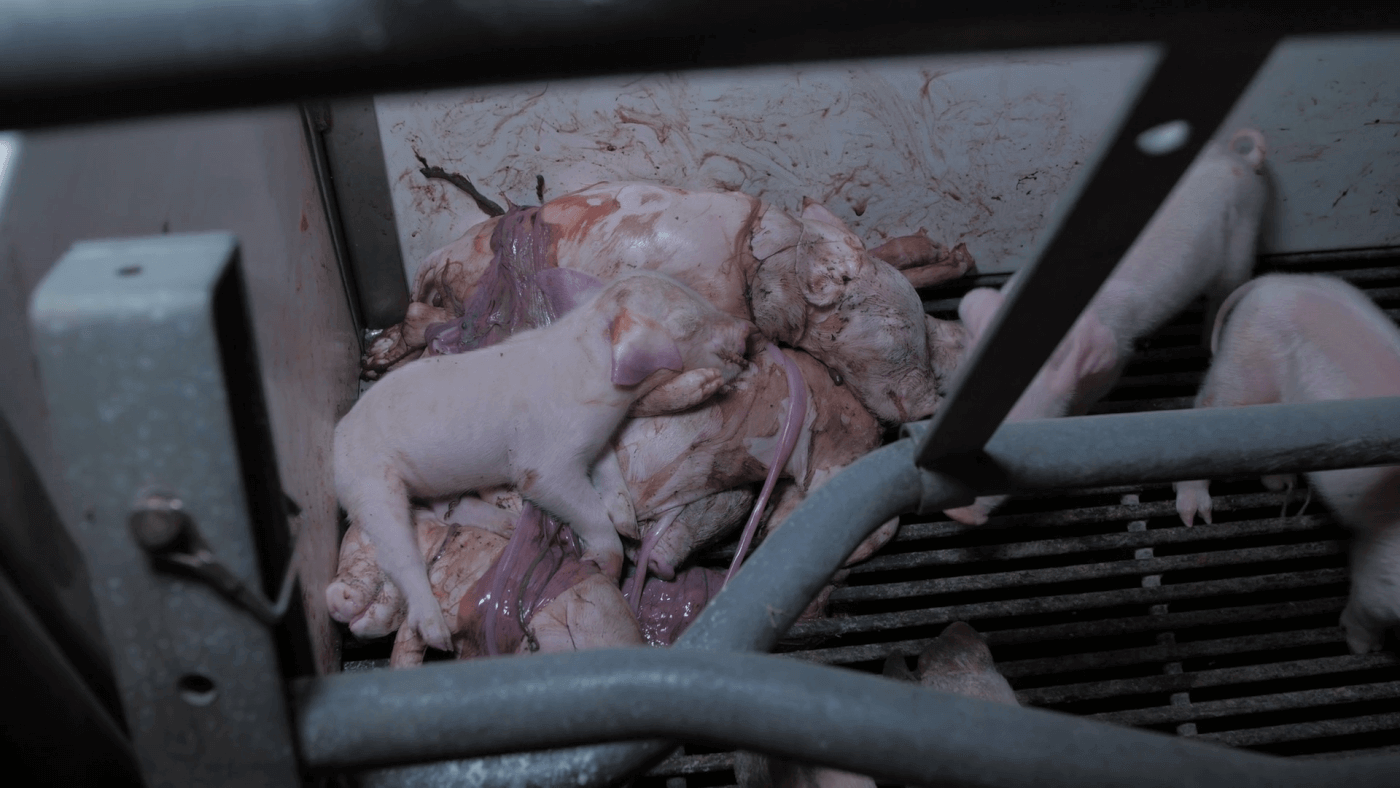 Dead pigs rotted in pens while workers threw others into bins.

In the video released by PETA, severely injured and lame pigs, including some with volleyball-size hernias, were suffering in dungeon-like conditions. Some were so sick and injured that they couldn’t walk and died slowly on the filthy floor.

Sows were forced to give birth in farrowing crates hardly bigger than their bodies. Workers confined more than 1,000 mother pigs to these crates, where they spent most of their miserable lives, able to nurse but not nuzzle or help their babies. Without vital maternal nurturing, many piglets died unattended and in agony. 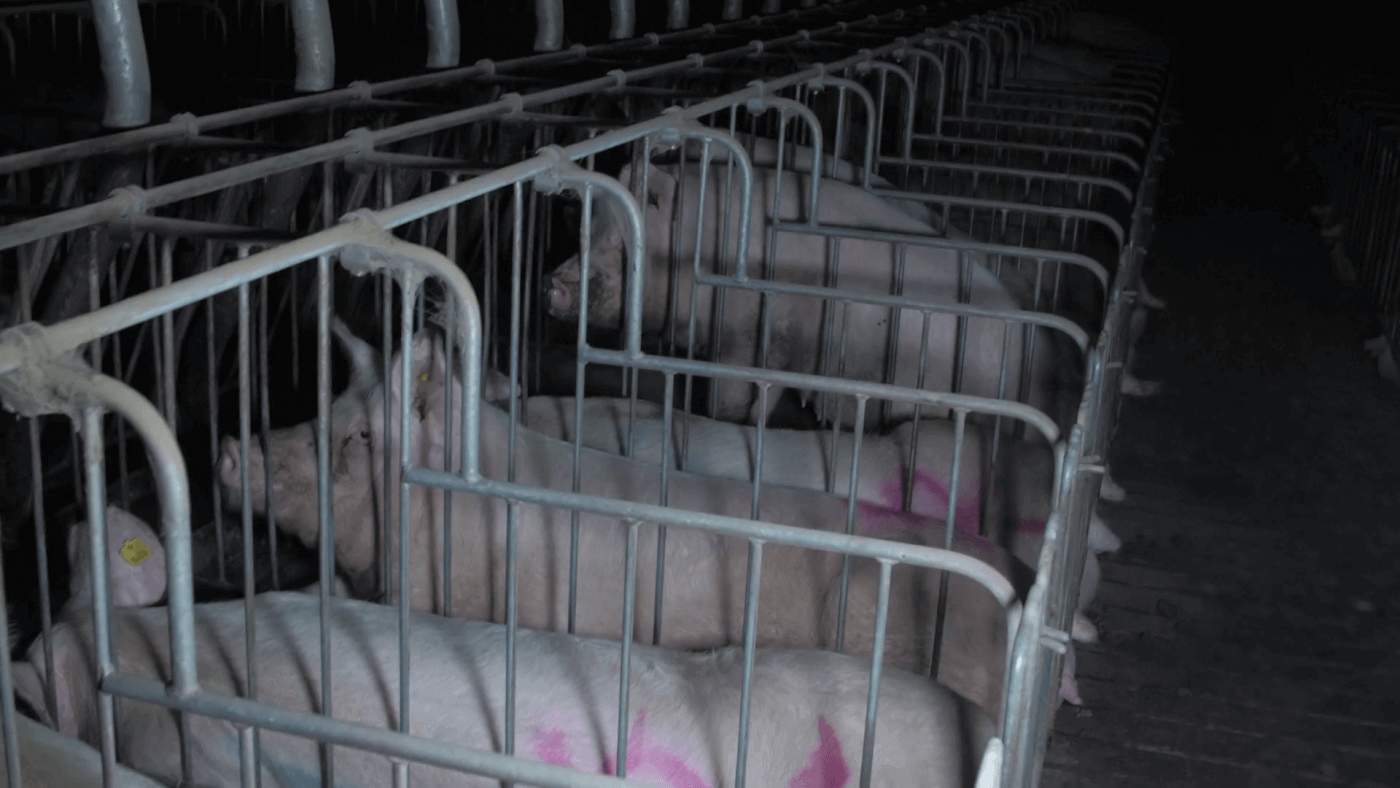 Every minute of every day, intelligent pigs are forced to endure such conditions.

PETA pushed for charges of cruelty to animals to be brought against the farm. 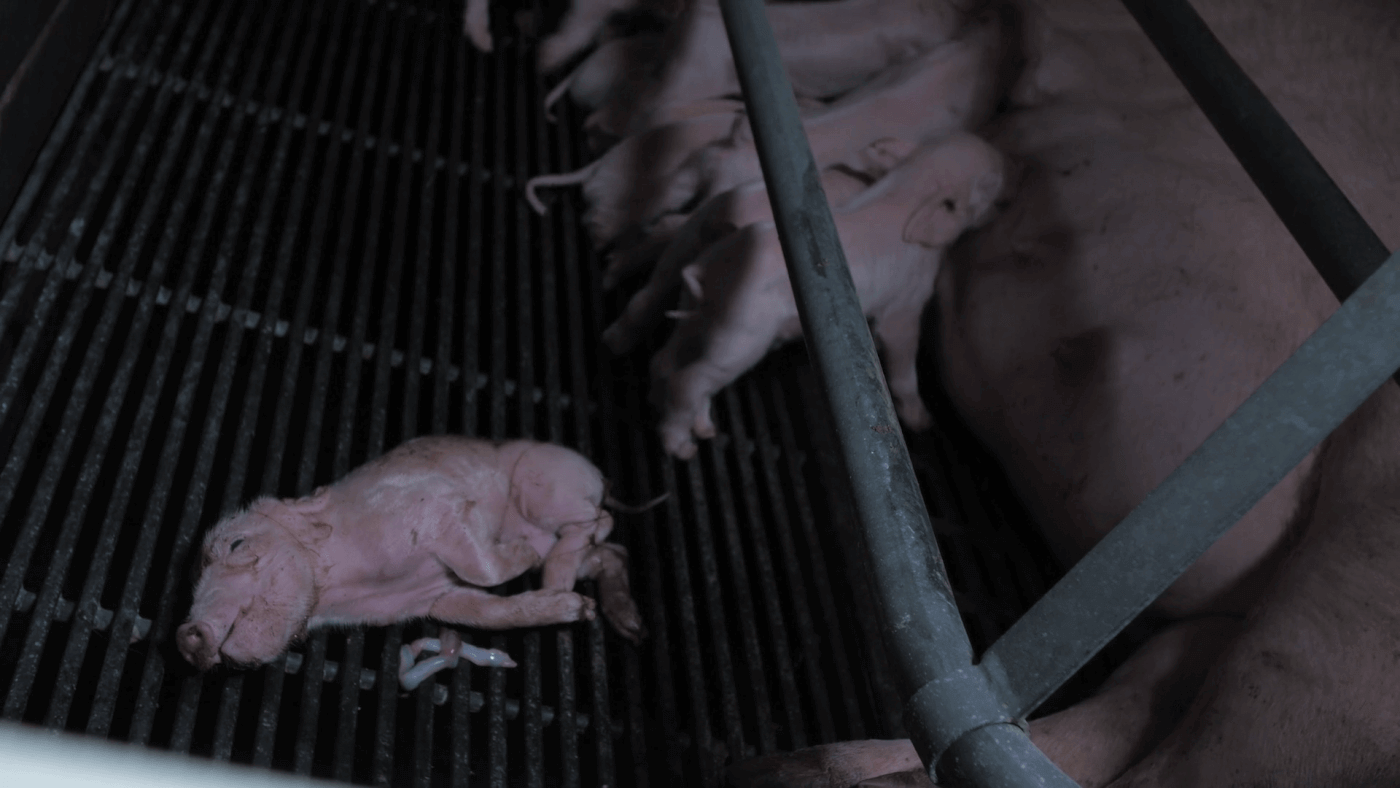 How can officials point the finger of blame at activists when Excelsior Hog Farm treats living, feeling beings like this?

Pigs can bond with humans, like to play games, and even enjoy a good massage. They’ve rescued humans from drowning and fires. No animal—human or otherwise—would ever choose to live next to rotting bodies, languishing in their own waste. But Excelsior completely ignores pigs’ ability to feel pain, fear, and sorrow.

While Excelsior Hog Farm seems to be morally bankrupt, officials apparently want to make examples of these activists, as they know that the farm’s atrocities are now known to millions of people.

Ironically, the legal case against the activists further tarnishes the pork industry’s image and is a media nightmare for the animal agriculture industry in general. Any rallies and press events surrounding each court appearance will only hurt their misguided agenda. The meat industry is throwing its weight around and making this heavy-handed prosecution take place in order to defend itself from embarrassing investigations that show rampant abuse on factory farms—all at the expense of Canadian taxpayers.

PETA and other animal rights groups know what happens to terrified animals behind Excelsior’s walls is the norm across the meat industry.

You can also save countless lives by going vegan and helping everyone you know do the same. Order a free vegan starter kit from PETA. We have all the resources necessary to support folks in ditching meat, eggs, and dairy. You can make a real difference by saving nearly 200 animals a year—simply by not eating them! Another way to help is by sharing vegan ham and sausage with meat-eaters and having a conversation with them about the horrors pigs endure before their flesh makes it onto someone’s plate.