When it comes to exploiting animals, Elon Musk is a true leader.

Earlier this year the Physicians Committee for Responsible Medicine (PCRM) filed a complaint with the U.S. Department of Agriculture (USDA) against the University of California–Davis for egregious violations of the federal Animal Welfare Act by experimenters there who were contracted by Neuralink—one of Musk’s companies—to implant its brain chips into 23 monkeys, causing “extreme suffering.”

Now comes word that the company itself is under investigation by the U.S. Department of Agriculture’s Office of Inspector General after a federal prosecutor referred PCRM’s complaint to that office—a highly unusual move that likely reflects the severity of the violations.

In interviews with former Neuralink employees, Reuters also revealed that the company’s experiments have been riddled with incompetence, including one in which 25 pigs had the wrong size device implanted in their heads and another in which pigs had a device implanted on the wrong vertebra. It appears that the mistakes may be, in part, chalked up to Musk’s “demands to move fast.”

Company veterinarian Sam Baker advised his colleagues to immediately kill one of the pigs to end her suffering. ‘Based on low chance of full recovery … and her current poor psychological well-being, it was decided that euthanasia was the only appropriate course of action,’ Baker wrote colleagues about one of the pigs a day after the surgery, adding a broken heart emoji.

Reuters also reported Neuralink’s gruesome death toll so far: “The company has killed about 1,500 animals, including more than 280 sheep, pigs and monkeys, following experiments since 2018.” It added, “The sources characterized that figure as a rough estimate because the company does not keep precise records on the number of animals tested and killed.”

That last line says it all about the company’s attitude toward its victims.

According to documents obtained by PCRM, 15 of the 23 monkeys whose skulls experimenters drilled into and whose brains were implanted with the Neuralink chips have since died.

“Pretty much every single monkey [who] had had implants put in their head suffered from pretty debilitating health effects,” said Jeremy Beckham, PCRM’s research advocacy director.

According to the group, “Neuralink and UC Davis staff failed to provide dying monkeys with adequate veterinary care, used an unapproved substance known as ‘Bioglue’ that killed monkeys by destroying portions of their brains .… Macaque monkeys used in the experiment were caged alone, had steel posts screwed to their skulls, suffered ‘facial trauma,’ seizures following brain implants, and recurring infections at implant sites.”

One of the monkeys implanted with the chip was euthanized after developing a skin infection. Another was also euthanized after researchers discovered they were missing fingers and toes, “possibly from self-mutilation or some other unspecified trauma.” A necropsy revealed that one of the other monkeys who died had suffered a brain hemorrhage.

“PETA challenges Elon Musk to behave like a pioneer and implant the Neuralink chip in his own brain.”

In August 2020, Musk introduced Gertrude—one of several pigs used—during a webcast demonstration. The experiment involved implanting coin-size computer chips in pigs’ brains in order to attempt to demonstrate that brainwaves can be tracked.

One clip showed a pig forced to trot on a treadmill. Giant notches had been cut in her ears, just as is done without painkillers to pigs on filthy farms. Aware that there would be backlash against his use of pigs, Musk used a PR reel to claim that he and his staff care about animals. But no amount of “humane washing” can cover up the cruelty, speciesism, and bad science that underlie all such experiments.

In a separate experiment, Musk implanted a computer chip in a monkey’s skull, apparently to see if the animal could “play video games using his mind.” He claimed that the monkey “looks totally happy,” but he’s no primatologist. If he were, he’d never suggest that an animal strapped to a chair with a metal device implanted in his skull and forced to watch video games all day would be anything but miserable.

Attempts to connect human brains to the internet shouldn’t come at the expense of pigs or monkeys—our fellow Earthlings—who feel pain, fear, and confusion and deserve consideration. Scientifically, Musk’s demos didn’t show anything that hasn’t been shown before. Like most of his supposed breakthroughs have been, they were long on hype and short on evidence that what he was predicting can actually happen.

Smart, sensitive pigs deserve far more than a few pats on the head and a cell lined with straw—they should be left in peace to socialize, play, make nests, and relax in the sun. The intelligent monkey whose mutilation Musk admittedly oversaw should be free to live with his troop members, scamper along tree branches, and forage for fruit, flowers, nectar, and other tasty foods in his natural habitat—not be imprisoned inside a lab and used as a test subject.

Involuntary brain surgery and denying Gertrude and other pigs their natural lives as individuals is speciesism, not science. pic.twitter.com/36RBYrjpkU

Pigs are known to dream, recognize their own names, memorize complicated routes, and lead complex social lives. Humans who run animal sanctuaries that include pigs note that they’re like us in many ways: They enjoy listening to music, playing with soccer balls, and getting massages.

Monkeys have learned to use cameras and iPhones to look at themselves, indicating their self-awareness. They’re also empathic, unlike the speciesist humans who torment them. In many recorded instances, monkeys have risked their lives to help others.

In December 2021, Musk—the TIME 2021 Person of the Year, who has a long history of harming animals by shooting squid, mice, and tardigrades (aka “water bears”) into space as well as implanting a computer chip into a monkey’s skull and coin-size computer chips into pigs’ brains—announced a new proposal: to send a “Noah’s Ark” of animals to Mars.

“[T]he next really big thing is to build a self-sustaining city on Mars and bring the animals and creatures of Earth there. Sort of like a futuristic Noah’s ark. We’ll bring more than two, though—it’s a little weird if there’s only two,” Musk said.

Any more than zero would be more than a little weird—it’d be cruel.

Again, Musk should focus on humans, who can choose to participate, and stop exploiting animals in curiosity-driven experiments. 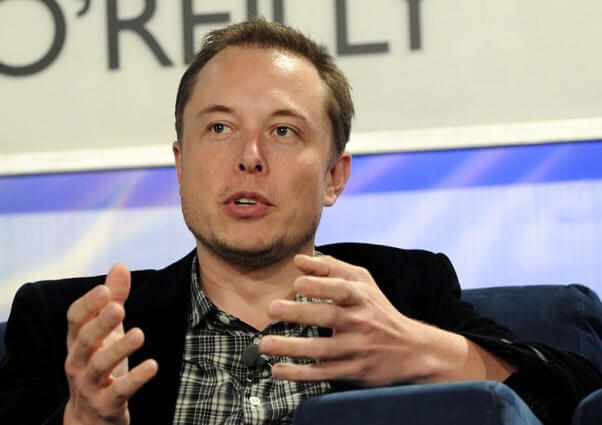 Another exploitative and pointless endeavor of Musk’s involves SpaceX—of which Musk is the founder, CEO, and chief engineer—and 128 baby glow-in-the-dark bobtail squid as well as 5,000 tardigrades. These animals were sent to the International Space Station, where they were to be experimented on in the name of “research.”

News of the squid’s and tardigrades’ doomed trip followed a similar December 2020 stunt, in which mice—some of whom had first been injected with drugs at The Jackson Laboratory, causing their muscle mass to double unnaturally—were launched aboard a SpaceX rocket. These experiments and the slew mentioned below are cruel wastes of time, with no relevance to astronauts or other humans.

Having outfitted cars with vegan leather, Musk must know that there are ethical ways to achieve his goals. Exploiting animals in experiments isn’t one of them.