Another elephant has been pushed to the brink, and the result was deadly.

At a zoo in Java, Indonesia, a Sumatran elephant forced to give rides snapped and charged at a zoo veterinarian who was taking pictures. When the woman tried to flee, the desperate elephant reportedly picked her up with his trunk, threw her to the ground, and trampled her. The woman died from her injuries.

The elephant was reportedly moved to the zoo just a month ago. No doubt the stress of years in captivity took a toll on his health and psychological well-being.

#Indonesia Veterinarian caught and trampled to death by elephanthttps://t.co/625Fi3yGEm pic.twitter.com/LrXFkHoNBa

Hauling tourists on their backs is painful and unnatural for elephants. Before elephants will let humans climb aboard, the animals must be emotionally and mentally broken. In Southeast Asia, baby elephants’ spirits may be broken at elephant camps where workers use a cruel training method called “phajaan,” which literally means “breaking the love between,” referring to the love between a mother elephant and her baby. At these cruel training camps, baby elephants are torn from their mothers (sometimes while they are still of nursing age), tied with ropes and cables, and locked in wooden cages. They may be denied food, water, and sleep and are beaten in an attempt to train them to submit to humans.

The abuse doesn’t end at the training camps. Once the animals’ spirits are broken, they will likely spend their entire lives working to the point of exhaustion, being beaten with bullhooks and denied everything that is natural and important to them. Some don’t survive the endless workload and abuse.

This Isn’t the First Time a Captive Elephant Has Snapped

This is not an isolated incident. Just recently, a Scottish tourist was killed when he was thrown from the back of an elephant while vacationing in Thailand. In August, a Thai mahout (handler) was killed by an elephant giving rides to tourists. The stressed elephant ran off with the tourists still on his or her back. In 2014, two mahouts were killed in one three-day period in Phuket, Thailand, a tourist hot spot. And in India, a couple was trampled to death by an elephant at a wildlife reserve after the flash of their camera caused the animal to charge. The death toll continues to climb.

These Deaths Are Preventable 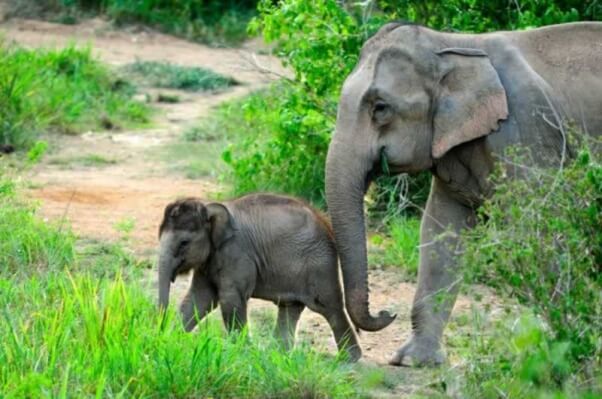 Elephants are intelligent, self-aware animals who shouldn’t be held captive and forced to work in this abusive industry. Preventing human deaths by elephants is as simple as not forcing these intelligent animals to serve humans for a photo op or vacation activity.

Tourist money funds this egregious industry. Please, if you’re traveling to Thailand, India, or anywhere else that elephant rides are offered, refuse to support this cruelty and encourage your friends and family to do the same.