The following was adapted from a post on PETA Asia’s Hot and Sour Scoop blog:

After Egyptian media reported that a scientific committee was recommending that all Australian cattle have their ears cut off prior to slaughter, PETA Australia encouraged its supporters to speak up. As a result, the Australian government has assured PETA Australia that it has discussed this issue with Egyptian officials and that the ears of animals will not be cut off prior to slaughter. 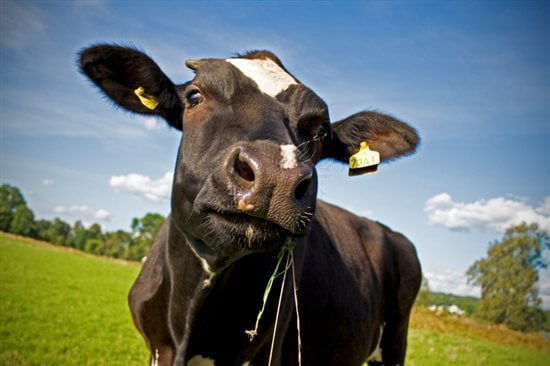 The recommendation to cut off the ears of cattle came after Australian cattle in Egypt were held for several weeks following the discovery of hormone growth promotants (HGPs) in some animals’ ears. Egyptian authorities have demonstrated their mistrust of HGPs, and PETA Australia feared that they were likely to accept the findings of the committee, leaving Australian cattle open to this extreme mutilation—most likely with no pain relief—prior to their inhumane slaughter.

However, it’s still unclear if Australian animals in Egypt will have the implants removed from their ears prior to slaughter as has occurred previously, according to Australia’s Department of Agriculture, Fisheries and Forestry. PETA Australia investigators have seen firsthand how cattle are treated in Egypt, so this procedure likely would not be performed humanely, either. PETA Australia is waiting for a response from the Australian minister of agriculture.

It’s very clear under Islamic law that for meat to be halal (“permissible”), animals must not experience any discomfort prior to being slaughtered. Cattle can’t be mutilated before being killed—otherwise, the meat becomes haraam (“sinful”).

As an Australian program, Four Corners, revealed, animals exported alive from Australia are not protected from abuse and mistreatment once they have left that country. As in the case of the barbaric killing of 20,000 sheep in Pakistan, the Australian government would have been powerless to stop cattle from having their ears cut off if Egyptian authorities had mandated this mutilation.

Investigations conducted by PETA affiliates have exposed the abuse and mistreatment of animals used for live export on numerous occasions. It’s time for Australian officials to end live export. Please e-mail Joe Ludwig, the minister of agriculture, fisheries and forestry, at [email protected] and politely ask him to ban these ships of death.