When PETA’s Community Animal Project (CAP) fieldworkers first met the sickly Lab mix they had received a call about, her condition broke their hearts. She was covered with fleas and ticks, was malnourished from too many days of going hungry, and was limping because of an injured back leg. Her owner had skipped town, pausing just long enough to tell his neighbor that he was leaving his dog behind and that the neighbor could “have her.”

Instead, the neighbor phoned PETA for help. It wasn’t CAP’s first encounter with the dog’s owner. He had let her have a litter of puppies and had called PETA asking us to find homes for them all. Fieldworkers had taken the puppies to the Virginia Beach SPCA for adoption, and now they were meeting the pups’ mother. Despite all that she had been through, the sweet dog nuzzled her head under their hands and happily wagged her tail, grateful to be getting a bit of affection.

Back at PETA’s Norfolk, Virginia, headquarters, a veterinarian determined that the dog was suffering from heartworm disease and that she had been shot in the leg months ago but was never treated for the injury. She would require heartworm treatment and extensive surgery on her leg. Fortunately, the dog with the dark past and the bright eyes had already captured a PETA Foundation staffer’s heart. Robin had just lost one of her dogs, and something about this little girl’s soulful eyes spoke to her. Within a few hours of the pup’s arrival at PETA, she had a new home. 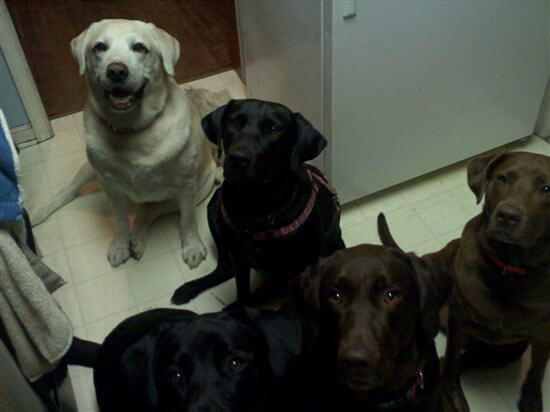 She also had a new name—Maggie—and four new canine siblings with whom she instantly bonded. Robin got her in to see her vet right away, and after hearing Maggie’s story, he decided to help Robin out with the expensive treatments that Maggie would require. A bone graft, two rods, two screws, and a cast later, Maggie was on the mend. 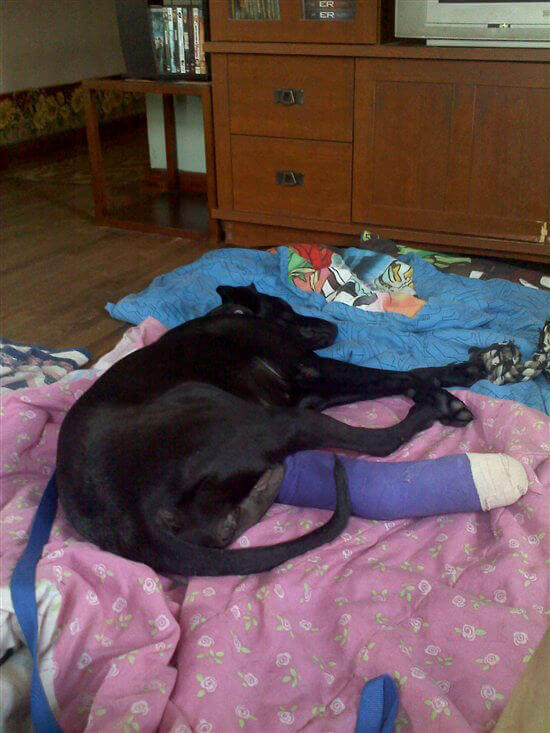 With heartworm treatment and good food, she gained 20 pounds, and Robin reports that she can practically see herself in Maggie’s shiny coat. Now she is a joyous, bouncy girl who loves to swim, go to the dog park, and “review” her guardians’ DVDs (she gave Harry Potter two paws down—but it tasted delicious!). After likely getting no affection her entire life, Maggie soaks it up now, and she will gladly play from sunup to sundown. 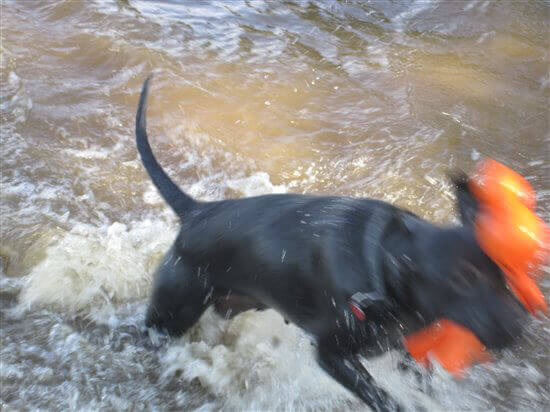 Maggie’s life, like her bowl, was once empty. Now her cup runneth over.