The latest report from Sea Shepherd Cove Guardians on the ground in Taiji states that hunters have driven one pod of pilot whales and four pods of dolphins into the cove. Some of the animals were captured and sold for use in captivity, but most were slaughtered for meat. 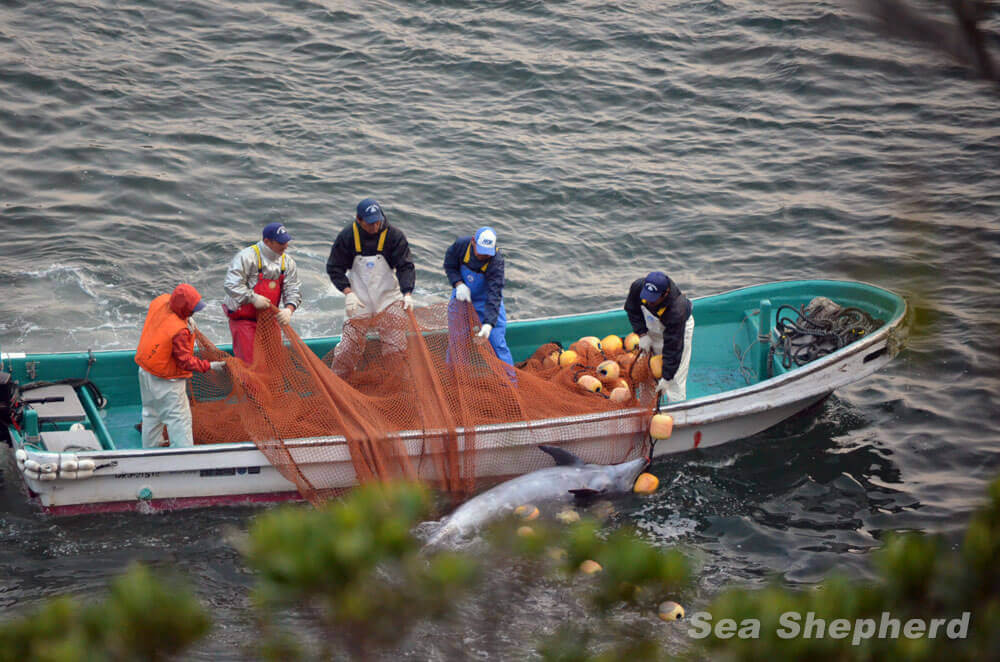 The hunters did release the juvenile members of the pilot whale pod—after slaughtering their family members—because the young whales wouldn’t provide much meat. But without the protection of their mothers and the rest of the pod, the animals face starvation and the threat of predators. They also left one whale entangled in nets—she was so weak that she was unable to free herself.

There are still four and half months left in the 2014–2015 dolphin slaughter season, and many more cetaceans will face the same fate. But we can take action to stop the killing. Here are some ways that you can help:

Until dolphin and whale slaughter is a thing of the past, we must never be silent.