PETA is calling for a U.S. Department of Agriculture investigation after D.J., a 15-year-old Atlantic bottlenose dolphin, was found dead on the floor of his tank at the Texas State Aquarium in Corpus Christi. Trainers said that D.J., short for De Janeiro, was acting unusual and not eating the day before he died. He is the second dolphin to die at the aquarium—Cobie, also just 15, died of pneumonia in 2007. 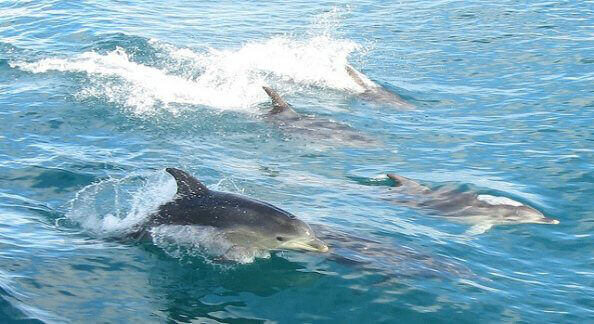 Docklands Tony|cc by 2.0
In the wild, dolphins swim up to 100 miles per day in family pods or tribes of hundreds.

Untimely deaths are the rule for marine mammals in captivity. At SeaWorld alone, between 1986 and 2011, 25 orcas died—and not one from old age. The unending and debilitating stress of captivity weakens marine mammals’ immune systems, causing them to die earlier than their wild counterparts, who live for decades. Those who don’t succumb to intestinal gangrene, acute hemorrhagic pneumonia, pulmonary abscesses, chronic kidney disease, chronic cardiovascular failure, septicemia, influenza, or other health problems may take their own lives by hitting their heads against the sides of pools or simply not coming up for air.

Please watch dolphins only at the beach, not in tanks.