We’re still not sure exactly what Lucy is or why she looks like a lion (she still has that crazy leonine mane), but we do know one thing: She has found the perfect “den” in New York City. 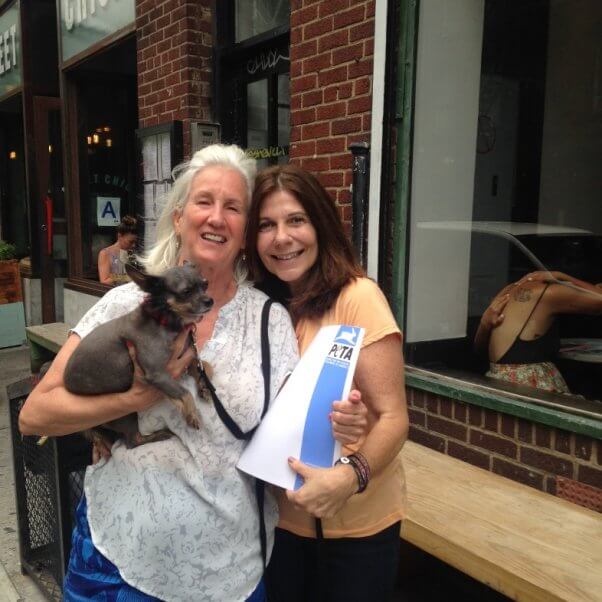 Lucy’s new mom (holding her in the photo above) heard about her through a longtime PETA supporter (pictured on the right). She had recently lost her “babies”—two senior dogs she had adopted to give them happiness in their final years—and was ready to open her home to another dog in need. She reports that Lucy has quickly adapted to life in the concrete jungle and rules the household with a tiny iron paw, demanding near-constant games of fetch. What else would you expect from a “lioness”?

When our fieldworker first saw Lucy, she wasn’t quite sure what to make of her. The tiny 9-pound dog is missing the hair on most of her body, except for a little frill of black fur around her neck and buff-colored tufts on her feet and tail that give her the appearance of a miniature lion. Or perhaps some exotic type of guinea pig. Maybe an extra from a Shakespearean play …? 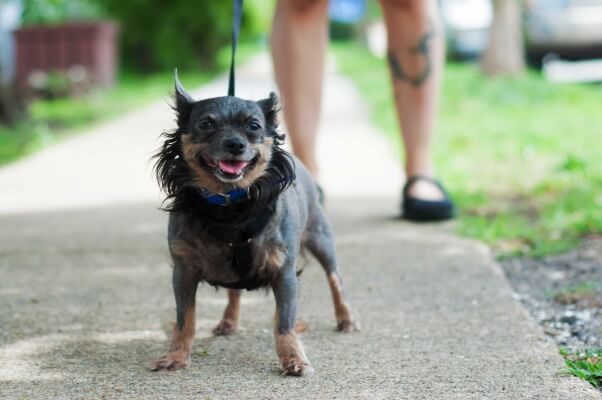 Lucy had been taken in by a North Carolina woman who is constantly finding stray and abandoned animals in her rural trailer park. But she knew that she was in no position to care for yet another animal, so she called PETA for help. 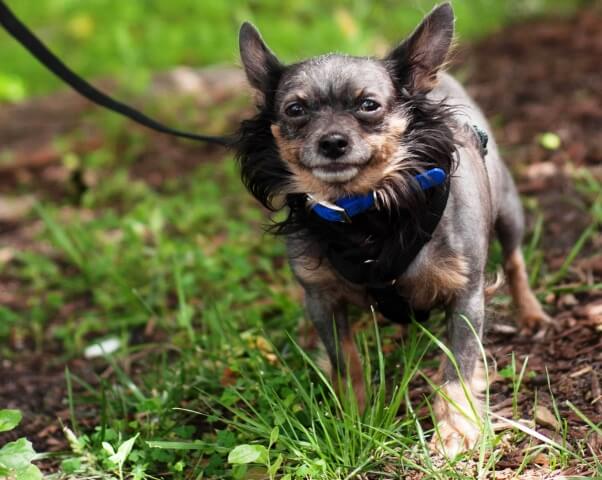 We thought at first that Lucy’s hair loss might be caused by a flea allergy or possibly a hormonal condition, but an examination by our veterinarian, including blood work, gave her a clean bill of health. Her original rescuer believes she may be part Mexican hairless or Chinese crested dog, which could account for the unusual hairdo, but without a genetic test, it’s impossible to know for sure what her parentage is or if her hair loss is permanent. 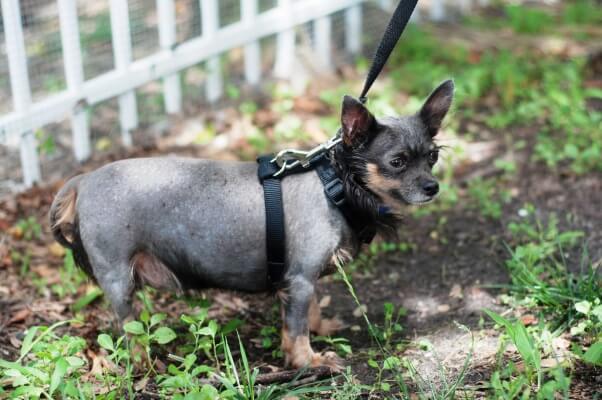 However, Lucy is blithely unaware that she looks any different from any other dog. Estimated by our vet to be about 2 to 3 years old, she is affectionate, outgoing, and full of infectious high spirits. She loves making friends with dogs, cats, and humans—and the latter can’t help but smile at her unusual appearance and exuberant personality. An avid lapdog and snuggler, she’d definitely win “Miss Congeniality” in any beauty pageant. 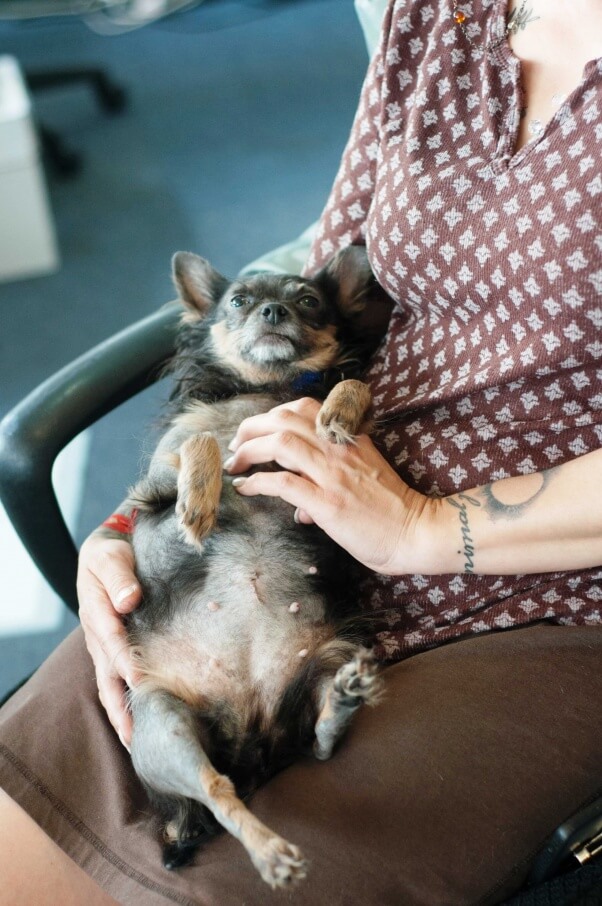 Like the old Peter, Paul, and Mary song goes, we never knew what Lucy is, and we guess we never will, but the moment someone lays eyes on her she’ll become their heart’s delight. Is that someone you? E-mail [email protected] to find out more about bringing home the marvelous Lucy. 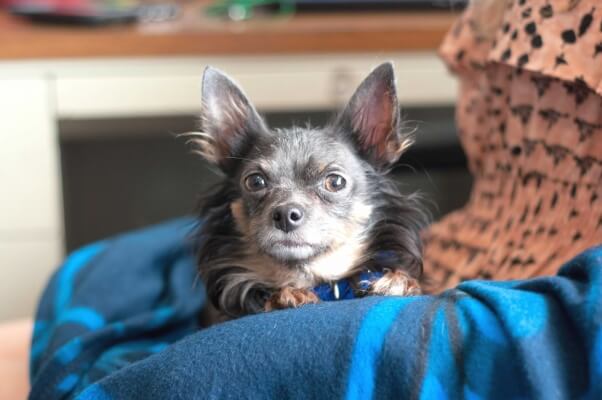