The ASPCA was founded in 1866 because of overworked horses in New York City. You have to figure that if the ASPCA’s founder, Henry Bergh, were alive today, he would have made damn sure that his group took some enforcement action last weekend, when New York was hit by a major storm that brought bitterly cold temperatures to the city and filled the streets with ice. But the ASPCA of today seems to have pretty much forgotten the city’s horses.

Donny Moss, an enthusiastic young New Yorker who has just made a documentary (Blinders) about the shady, cruel carriage-horse business, was out on the streets last weekend, taking photos and documenting the miserable conditions that the animals were forced to suffer through while their handlers wrapped themselves tight against the biting cold. Have a look at his photos and compare his descriptions to the ASPCA chief’s statement: “Our agent … does not agree with Donny’s opinion of the conditions.” Was their agent in the Bahamas, or was he just not looking out the window at the time?

Please take a moment to let Mayor Bloomberg and City Council Speaker Quinn know that you would like them to support the proposed ban on the carriage horse trade, a sleazy cash business that sends the horses to the glue factory after they’ve slipped on the ice, collided with motorized vehicles, collapsed from the blazing heat of summer, or, in one case last year, endured a public beating. This cruel business needs to stop now, whether the “A” (which gets an “F” on this one) chooses to do something about it or not. 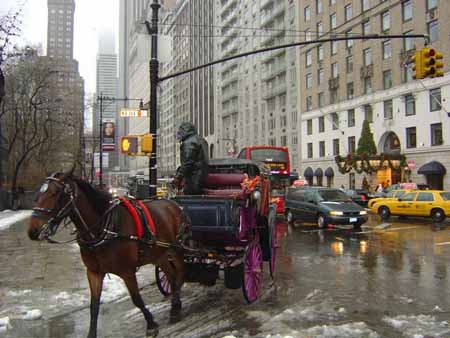 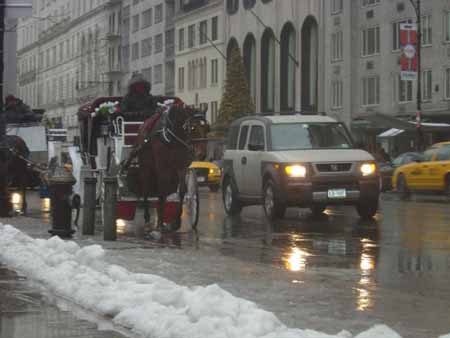