With all eyes on Capitol Hill in the run-up to President-elect Joe Biden’s inauguration, PETA has plastered local pedicabs, bicycle stands, and transit shelters with ads calling for unity—not just across the aisle but across species. Some of these ads urge everyone to “Stop the Squeal” by choosing vegan meals, and others make the case that humans aren’t the only Americans who count—so we should stop “tearing each other apart” by eating their flesh. Check out the ads in Washington, D.C.: 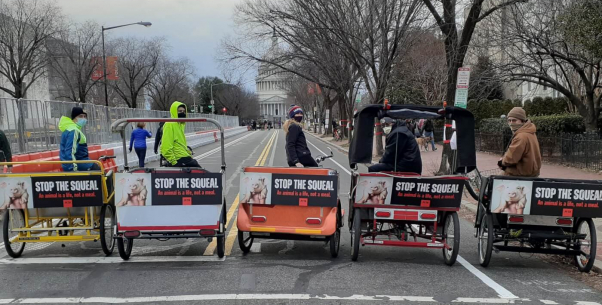 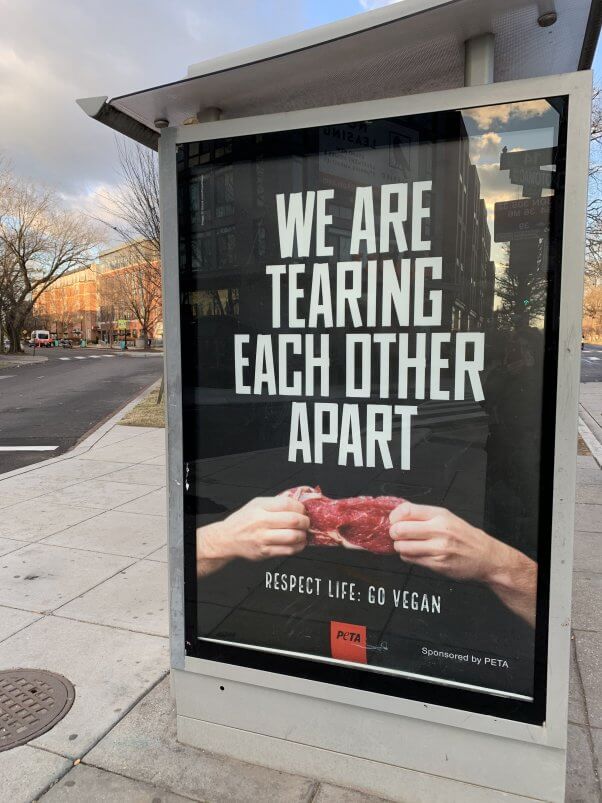 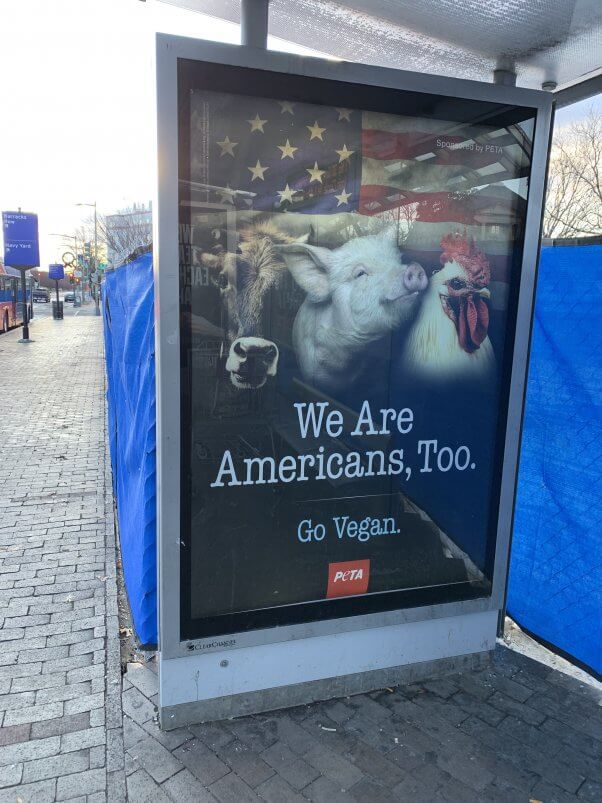 We Are All Americans

Humans may look a bit different from the pigs, cows, and chickens who share our country. However, face the facts: We all have eyes, ears, noses, and limbs on the outside; we’re all made of flesh and blood; and on the inside, we all have hearts, brains, kidneys, and veins, so the differences aren’t that striking. And when it comes to the capacity to experience pain, joy, fear, love, and loneliness, we’re all the same. No group should be exploited, threatened, or killed because of trivial differences. Animals possess extraordinary talents and abilities, and it’s speciesist for humans to believe that they’re inferior or that it’s acceptable to exploit them. 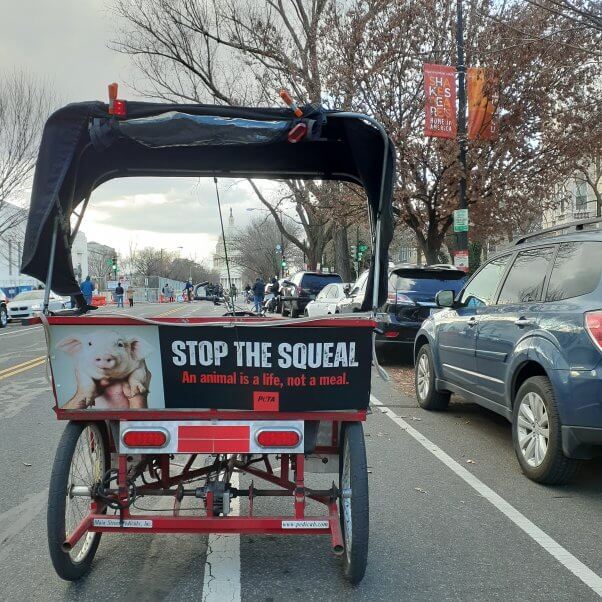 Because of speciesism, humans confine animals amid their own waste on filthy feedlots, in soiled sheds, and inside laboratory cages. Electrodes are inserted into their heads, their beaks are cut off, and their throats are slit, often while they’re still conscious. Humans slaughter other animals and then eat, wear, or dissect their body parts. However, nature sometimes takes revenge: Exploiting animals for food and other purposes has led to outbreaks of swine flu, bird flu, MERS, SARS, Ebola, COVID-19, and other diseases. 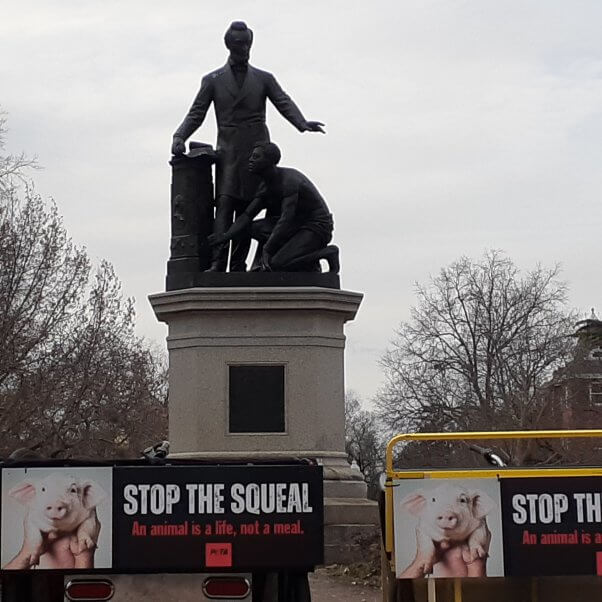 Take a Stand Against Violence! Stop the Squeal and Go Vegan Today

We know in our hearts that all individuals want to be free and stay alive. No group chooses to be exploited, threatened, or killed. The way we think about other animals continues to evolve as we learn more about them and become awestruck by their innate intelligence, self-awareness, communication and parenting skills, social structures, and unique abilities.

Preparing for the #Inauguration. pic.twitter.com/4ci1j6Sj1D

Start 2021 on the right foot by making compassionate choices that benefit animals, the environment, and our own civilization. PETA stands ready to help you make the switch. What are you waiting for?

PETA is nonpartisan. Because we are a 501(c)(3) nonprofit, educational organization, IRS regulations prohibit us from endorsing a particular candidate or party. Nonetheless, we do work with legislators of all party affiliations and recognize the accomplishments of politicians who have helped pass laws protecting animals, regardless of their party.