A mother-daughter duo of “cows” hoofed it to Starbucks in Portland on Tuesday to pass out free coffee with soy milk and encourage people to ditch udderly cruel dairy “products” and opt for cruelty-free vegan drinks. The action kicks off PETA’s nearby billboard campaign, which features a mother cow and her baby and reads, “Not Your Mom? Not Your Milk! Decalf Your Coffee! Choose Soy or Coconut Milk.” 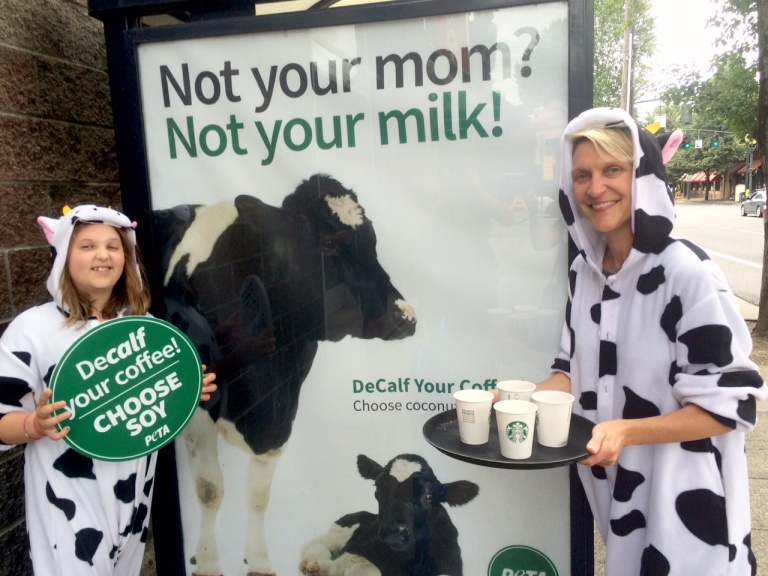 “Saturated fat and cholesterol aren’t the only reasons dairy “products” can break a heart—female calves are quickly torn away from their mothers to follow in their miserable milk-making footsteps,” says PETA Executive Vice President Tracy Reiman. “PETA’s billboard reminds everyone that simply sipping a soy- or coconut-milk latte makes a world of difference for mother cows and their stolen babies, who endure a lifetime of abuse.” 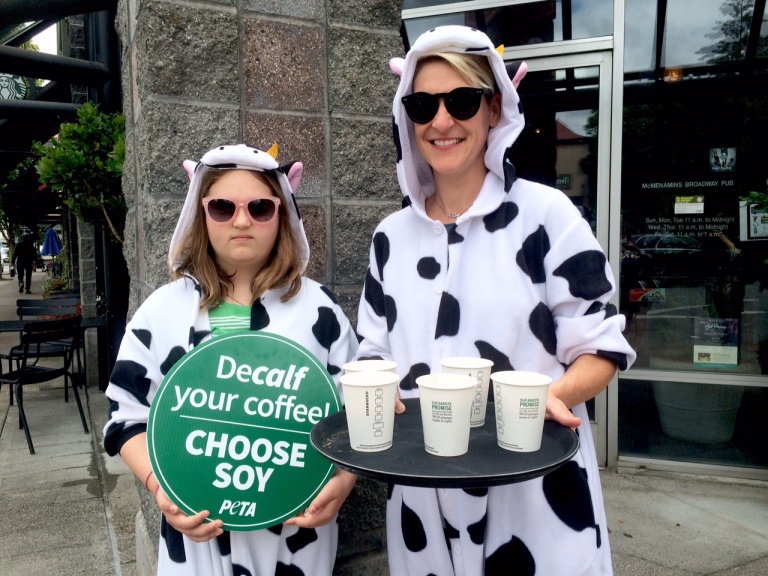 PETA points out that to produce milk, cows are repeatedly artificially inseminated to deliver calves. The calves are taken away shortly after birth, causing many mother cows to bellow in distress for days. Male calves are shoved into tiny veal crates, while most female calves endure the same fate as their mothers: They are forced to produce milk until their bodies give out and they’re slaughtered at 4 or 5 years of age—far short of their natural 25-year life expectancy.