Courtney Stodden is dying for PetSmart to stop selling animals. So she dressed as a sweet mouse, went to a PetSmart store in Los Angeles, and “died” on the sidewalk.

Courtney, currently starring in The Mother/Daughter Experiment: Celebrity Edition, wanted to get involved after a 15-week PETA investigation revealed that a PetSmart supplier was gassing animals in plastic bags and setting them aside “to die and waste away,” as one of the supplier’s supervisors put it. 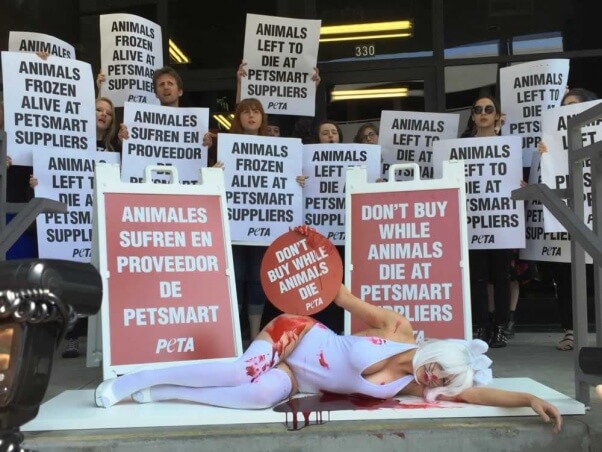 Another recent PETA exposé of a supplier revealed that small animals were warehoused in plastic bins and rodents were crammed into plastic bags and frozen alive. 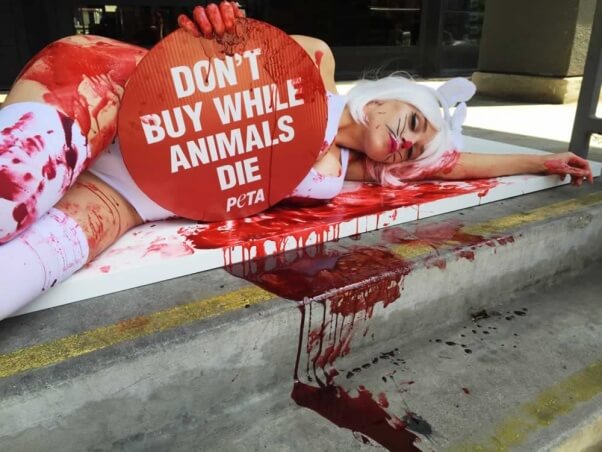 “It’s heartbreaking to think that countless mice, rats, bunnies, and lizards are dying in filthy bins for PetSmart’s stores,” said Courtney. “My friends at PETA and I urge everyone to refuse to shop anywhere that sells live animals!”

Tell PetSmart that as long as animals are dying for its stores, its profits will be disappearing.