Climate change is here, and what you eat today determines how screwed the planet will be tomorrow.

In a new think piece, The New York Times takes a deep dive into the impact of our modern food system on the planet and suggests ways we as consumers can help reduce greenhouse-gas (GHG) emissions. Spoiler: You should go vegan right now. The Times offers some intriguing facts backing the vegan lifestyle, including the following:

1. Getting protein from cow flesh results in over 170 times as many GHG emissions as getting the same amount of protein from nuts. 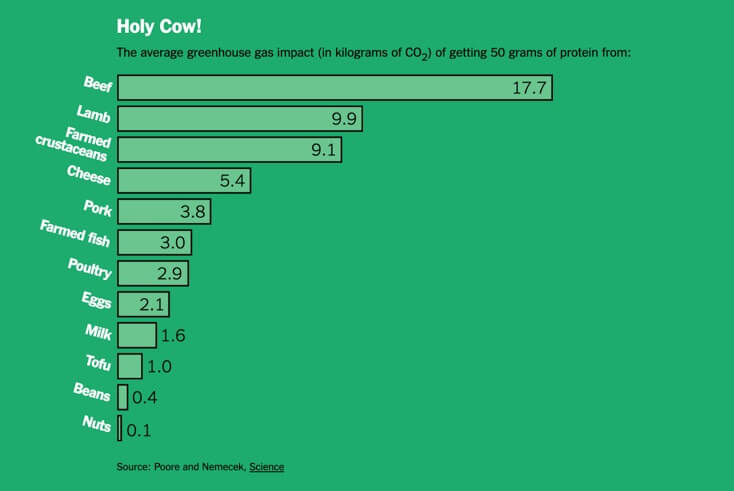 2. Beef from grass-fed cows can actually be worse for climate change than beef from other cows.

Some studies suggest that because grass-fed cows take longer to reach the ideal “slaughter weight,” they end up burping more GHGs into the atmosphere than those raised for food by other means. 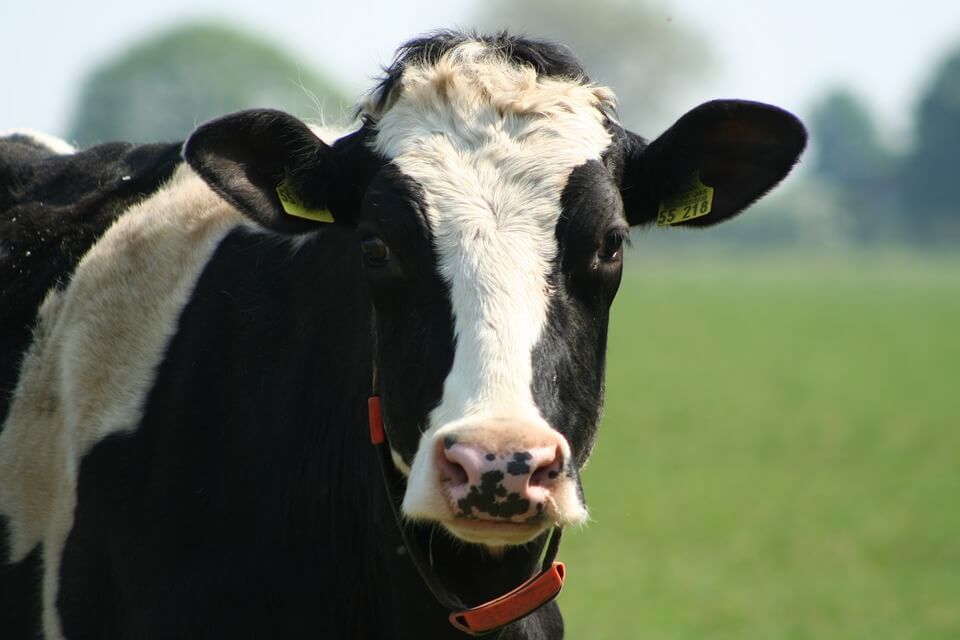 3. Cow’s milk is the worst kind of milk for the planet—regardless of whether it’s organic or not.

The “organic” label is useless when it comes to protecting animals from horrific abuse on farms, and it has the same carbon footprint as nonorganic cow’s milk. Some cheeses, such as cheddar and mozzarella, have an even bigger carbon footprint than chicken or pig flesh. 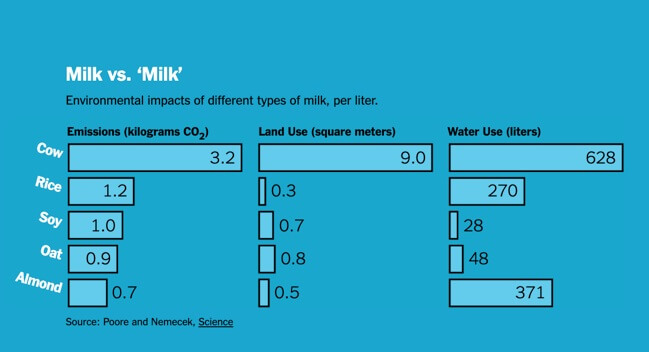 4. Ditching meat, eggs, and dairy is the way to shrink your food-related carbon footprint the most.

Nothing new here—PETA has been saying these things for years. As The New York Times reports, animal agriculture accounts for “14.5 percent of the world’s greenhouse gases each year.” By some estimates, that’s about the same as all the emissions from planes, trucks, ships, and cars combined. In addition, some experts feel that deforestation caused by animal agriculture is grossly underestimated in some studies.

Meanwhile, plant-based foods like beans, grains, and soy tend to be the most climate-friendly options of all. Again—we know. 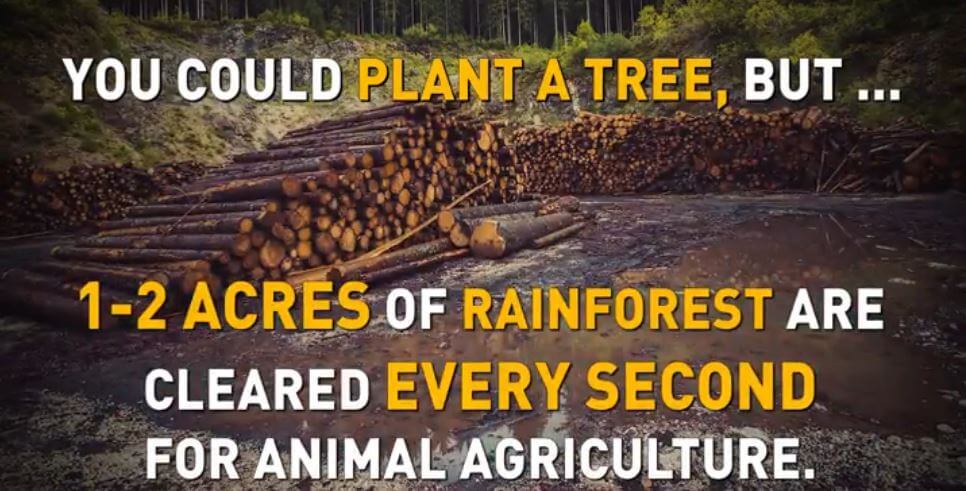 As much as we wish this were all the plot of a bad B-movie, the world may very well end simply because people continue to eat animal flesh, eggs, and dairy instead of regular ol’ beans. As The New York Times points out, “[A] vegan diet does have the smallest climate footprint around.” Going vegan could drop the food-related emissions that a person is responsible for by over 50%, while even the “cleanest” omnivore diets reduce emissions by only roughly 35%. 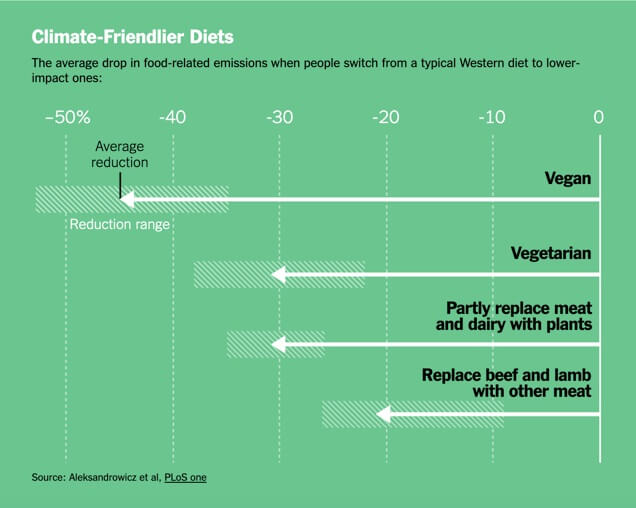 The best time to go vegan was yesterday. The next-best time is right now.

The United Nations has stated that meat consumption must decrease by as much as 90% in order for us to avoid the most catastrophic effects of climate change. Reduce your contribution to climate change by going vegan today. Go even further by persuading a friend or loved one to do the same!